Tags: snow
August 4th 2013
View original
Parts of the Northeast are waking up to a winter wonderland more than a brisk, fall day. Yesterday a rare October Nor'easter struck, causing power outages to over 2 million people. Much Snow fell in the Northern states, breaking records in New Jersey, New York, Massachusetts and others.  Many Mid-Atlantic states don't see their first snowfall until about next month or so! A state of emergency has been called in New Jersey and New York. The event has been rendered historic and by Twitter #snoctober and #snowtober.

Here is a map from NOAA, showing the total snowfall amounts: 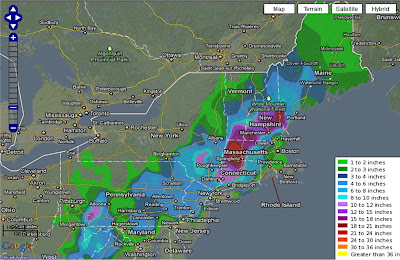 Here is a statement summarizing the snowfall totals and the event.

The event was caused by an offshore low pressure system and cold air. The low pumped moisture from the ocean, in which the ocean temperature is considerably warmer than air temperature over land.  There were periods of rain, sleet and snow with this storm. Moisture was also pumped from a low pressure to the South.

Here in Adelphi, MD the start of the day was mostly rain.  I saw on a few social network sites my friends in Northern New Jersey and New York were posting pictures of the snow that had already fallen in their area. It changed over to sleet around 1:30 PM. I took this video of the sleet with my cell phone (you might have to rotate the video).

I thought I saw a few snow flurries after the sleet. Then there was nothing but wind. The sun started to break through a bit. Then around 2:20 PM, it really started to snow, and it snowed hard. Here is a video I took of the snow. That car to the right is my car by the way :-)

In total, by me the snow accumulation was nonexistent. The snow looked pretty coming down though.

Here is a picture of the snow from my friend and former classmate Darren Milliron. He lives in Netcong, NJ. Check out his blog here. 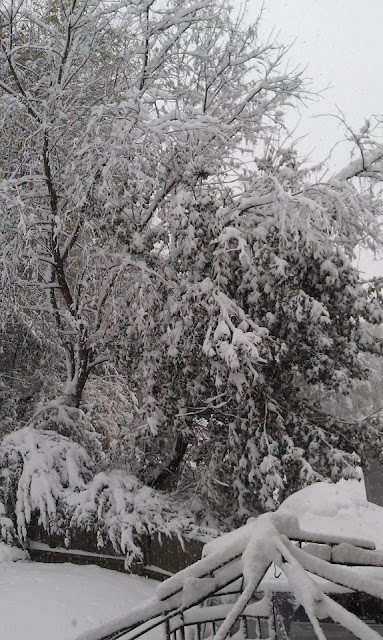 Goal 2020 review and 2021 Resolution
Types of Kisses to Spice Up Your Sex …
6 Best Places to Visit in Switzerland
Memorial Day Festival is Canceled? Ho…
The Mother por Brandi Carlile – Músic…

6 Best Places to Visit in Switzerland