Whenever you plan to purchase a new laptop or build your own desktop PC, the first thing that comes to mind is a CPU (processor). And you are most likely gonna end up asking yourself whether to choose Intel CPU or AMD CPU.

Now you see if you had this question in 2016 then the answer would be so simple. You could have easily picked out an Intel processor and would have been completely happy with its Performance because Intel was way ahead of AMD back then. However, on 13th December 2016, AMD released their first ever Ryzen CPU line up and the tables were completely turned.

Ever since then both companies have come a long way and so much improvisation is done to their processors. AMD and Intel both possess powerful CPUs for Desktop and laptops which can serve different needs like gaming and content creation.

With performance differences being very minor between AMD and Intel CPUs in 2022, it can be quite difficult to pick a winner. But, don’t worry we are up for the challenge. Let’s find out which CPU company is best in 2022. 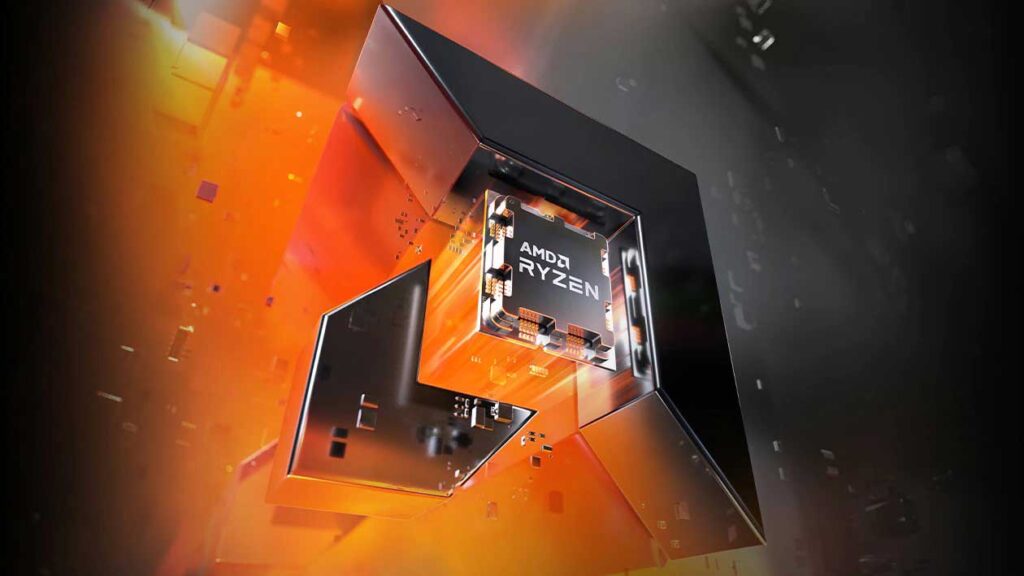 Let’s start by comparing desktop CPUs first. AMD recently introduced the Ryzen 7000 series which includes 4 new CPUs. Ryzen 9 7950X is the most powerful CPU in the series. It uses the new Zen4 architecture and has 16 cores and 32 threads. But that is not the fun part, it has a base clock of 4.5GHz and a boost clock of 5.7Ghz.

AMD was always boss in core counts and the number of threads available on the CPU. But single-core speed was always a problem for them. Now you can safely say that the problem no longer exists. The single-core clock speed on Ryzen 9 7950X is no joke and AMD has put in a heck of a lot of effort in improving their new CPU.

On the Blue team, Intel also has new Raptor lake CPUs with Core i9-13900K being the most powerful in the series. Intel Core i9-13900k has a total of 24 cores and 32 threads. However, only 8 cores are for performance while 16 others are just for energy efficiency.

The Performance core on i9-13900k has a base clock speed of 3.0GHz which can go all the way up to 5.8GHz with the boost clock. While energy-efficient cores running at 2.2GHz base clock and can only go up to 4.3GHz

Now let’s look at the benchmarks before we move on to the winner selection of this category.

The price difference of 100$ is very well justified here with the performance difference for that reason AMD wins this category.

This battle between AMD and Intel is far from over. We still have much to compare. So let’s go into the second category. 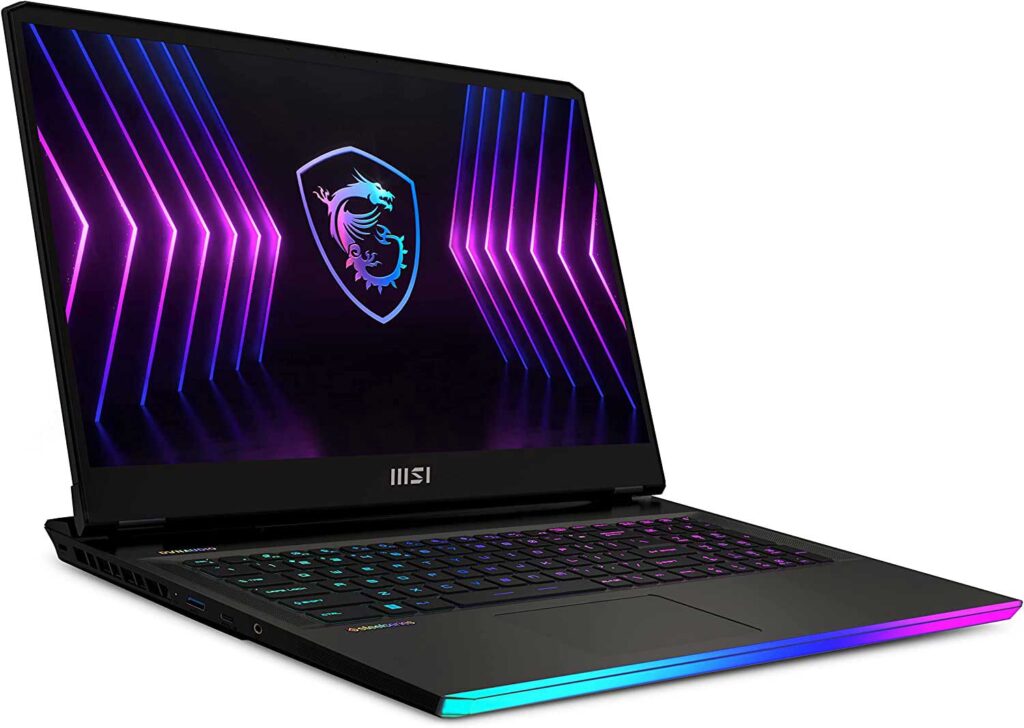 Desktop CPUs are simple to compare, you can just look at the raw performance because that’s what most matters there. But for Laptop CPUs performance alone won’t be enough they also have to be energy efficient. On top of that third-party laptop manufacturers like dell, HP, Lenovo, razor, and others also come in too. One of the laptop companies might get the most out of the particular CPU than the other. Anyway, we can still compare the specs and base performance for these CPUs. So let’s go and find out which Intel or AMD which one has better laptop processors.

Intel’s Raptor lake CPU for laptops is yet to arrive. So we are going to have to take a look at the last Gen’s Alder lake laptop processors. Intel i9-12950HX is the latest and greatest as of now. However, It has a total of 16 cores and 24 threads out of which 8 are performance cores while the other 8 are efficiency cores. The base clock speed is 2.5GHz for all cores while Turbo boost can bring clock speed up to 5.0GHz for performance cores and up to 3.6GHz for efficiency cores. The TDP on this processor is 55W which can be brought down to 45W. It’s also equipped with 12th Gen Intel UHD graphics.

AMD already has 7000 series laptop CPUs out like a desktop. There are two new CPUs, Ryzen 5 7520U and Ryzen 3 7320U. However, both of them aren’t really performance-focused but power efficiency-focused. They have a TDP of only 15W while having 4 cores, 8 threads, and up to 4.3GHz clock speed. They are pretty impressive, however, we will be using the last Gen’s Ryzen 9 6980HX for this battle.

Even though Core i9-12950HX is the top model, Core i7-12800HX is showing better results in benchmarks. So we will compare it against AMD’s top benchmark scorer Ryzen 9 6900HX.

There is no real competition here. Intel beats AMD in both single-thread and multi-core. Especially in multi-core performance, there is a performance gap of a whopping 28.2%. And not to mention we have compared the i7 processor against the Ryzen 9 process. Currently, it seems AMD has some serious work to do with their laptop processor. So for laptop processors, Intel is our winner.

What about the best Price/performance CPUs

We already talked about the raw performance of the CPUs. But what about the performance per dollar? AMD or Intel, which one provides the best performance for your money? Let’s find out. Note: All prices and benchmarks are at the time of the creation of this article

As you can see there is only one intel processor among the CPUs which provides the best performance for the buck. So without any doubt, AMD is the winner here.

You can’t compare laptop Processors based on their price because they are only available through laptop manufacturers. However, we have already seen that Intel laptop processors are far ahead of AMD. There is no way that AMD Ryzen 9 6900HX is gonna be 28% cheaper than Intel Core i7 12800HX. So we will give Intel the winning title for this category.

Let’s say you finally found a perfect processor for your PC and it’s also within your budget, but what if it’s not available to purchase in the market? No matter how good the CPU is, it will become useless for you. That’s why it’s also important that CPUs are available for you to purchase in different markets.

We went ahead and checked the availability of some most popular CPUs like AMD Ryzen 5 5600X and Intel Core i7-12700K. And, We are happy to report that they are available in all the market as of now. So for this round, we will call it a tie.

AMD vs Intel: which one is the best?

Now, it’s time for the conclusion. Intel or AMD, which one makes the best CPUs? Well, we can’t really declare a solo winner here as they both have their strengths and weakness. based on this comparison, it seems AMD will be your best bet if you are looking for a Desktop PC processor. However, if you are going for a laptop then Intel should be your choice. Lastly, Budget desktop PC once again remains AMD’s territory as their processors deliver the best bang for the buck.

Note: This article includes some affiliate links which may give us a commission if you make a purchase of a product. However, these links don’t change our opinion about any product whatsoever:)

The post AMD vs Intel: Which one has the best CPU in 2022? appeared first on TechGamesNews.

This post first appeared on Techgamesnews, please read the originial post: here
People also like
How To Invest in Real Estate With no Money in 2023
Advantages and Disadvantages of Epoxy Concrete Flooring
What is enzyme immunoassay
Work From Home Jobs
The Connection Between Sleep and Fitness
Comparison Between The 3rd Ranked & 2nd Ranked Framework: Flutter Vs Angular
This Is What You Should Do If You’re Laid Off