Apple iPhone 14 – Release date, Price and everything you need to know Apple has finally launched the new flagship Iphone 14 series smartphone. iPhone 14 is pretty much the same in terms of design and look. However, there are some improvements in performance, camera, and battery life. Let’s find out those improvements one by one The new iPhone 14 features the 6.1-inch OLED Super retina XDR display with a 2,000,000:1 contrast ratio(same as iPhone 13). It has the same 1200 peak nits peak brightness as iPhone 13 with HDR capabilities and Dolby vision. The display resolution is 2532×1170-pixel at 460 PPI(also unchanged). The refresh rate also remains unchanged at 60Hz.

unfortunately, the same notch is still there. Only iPhone 14 Pro and Pro max will have a pill-shaped notch. iPhone 14 still has the traditional notch as the iPhone 13 smartphones.

iPhone 14 continues to use a Ceramic shield on the display which supposedly gives better protection against drops while maintaining display clarity. However, Apple hasn’t said if it will be tougher than the ceramic shield of the iPhone 13. In the past, iPhone 13’s Ceramic shield didn’t have any improvement over the iPhone 12.

Design-wise there is no real change in iPhone14, size and weight are the same as the iPhone 13. It uses ceramic glass in the front and the body is made out of aluminum.

iPhone 14 has a total of 5 color options this year, Blue, Purple, midnight, starlight, and product red. iPhone 14 has an IP68 rating to keep the phone safe from water splashes and dust. A15 was already a pretty perfect chipset. It has great performance while maintaining superb power efficiency. It has 6 Core CPUs with 2 powerful performance cores and 4 efficiency cores. On top of that, it has a 16-core Neural engine for AI which can handle 15.8 trillion operations per second. 5-core GPU is the most important update, iPhone 14 is getting. According to Apple, it will provide 18% better GPU performance.

There are three different storage options, 128GB, 256GB, and 512GB. And of course, there is no option to expand the storage via an SD card.

iPhone will be running on Apple’s latest iOS 16.

The main camera on iPhone is still 12 megapixels it has some improvements like low light performance. 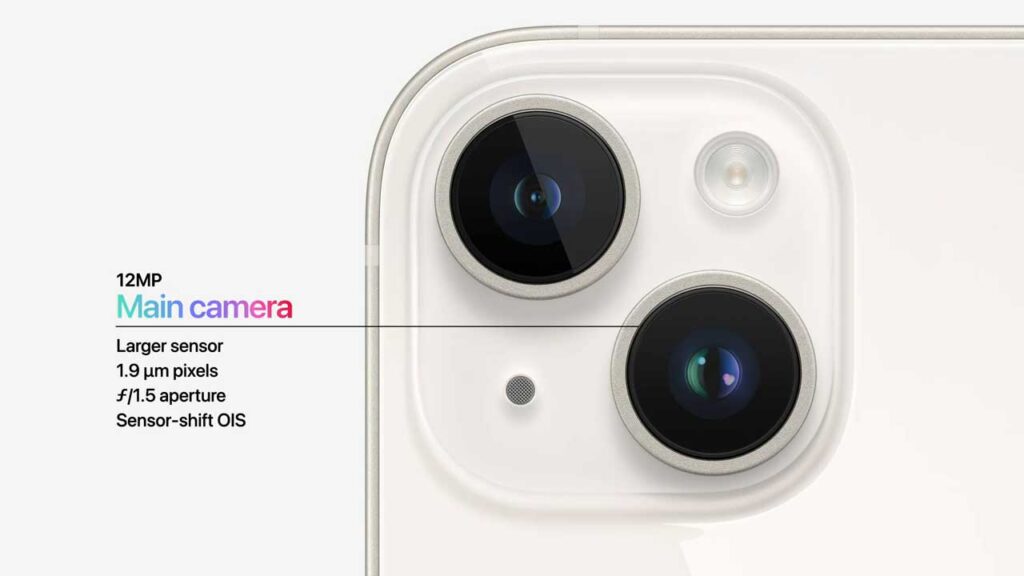 The main camera on iPhone 14 is 12 megapixels with a larger sensor, 1.9µm pixel size, and f/1.5 aperture. It also supports OIS image stabilization. Apple is claiming that iPhone 14 camera will have 49% better low light improvement over the iPhone 13. The ultra-wide camera is pretty much unchanged. However, we most likely gonna see significant improvement in ultra-wide photos of iPhone 14 because of the new image software. 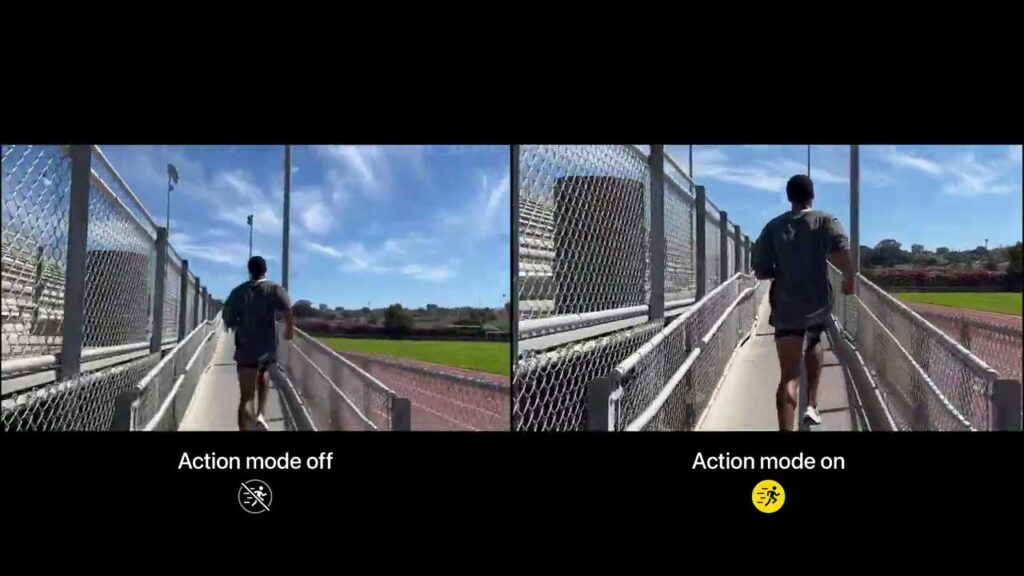 Speaking of videos, iPhone 14 now supports cinematic mode at 4k with HDR instead of 1080p. It supports the new “Action mode”, which provides super steady video recordings even when you shoot with heavy movements like running. It also supports HDR and Dolby vision for a much more crisp-looking video 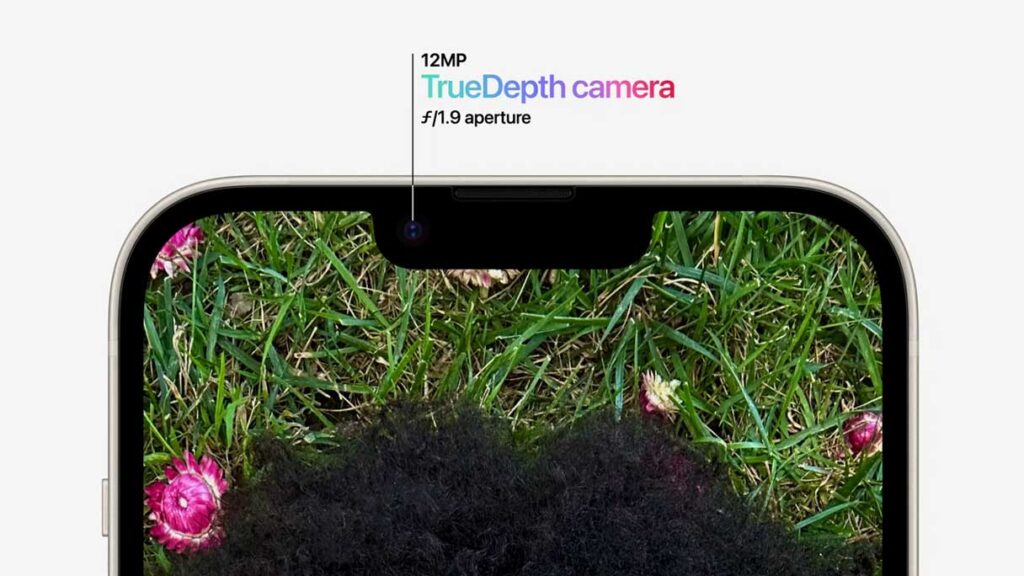 The front camera is also 12 megapixels but has a much faster f/1.9. Aperture. Apple is saying that this new front camera will provide 38% better low-light performance for both photos and videos. Aside from that front camera also has Autofocus which will help you lock down focus on the subject much faster and automatically. 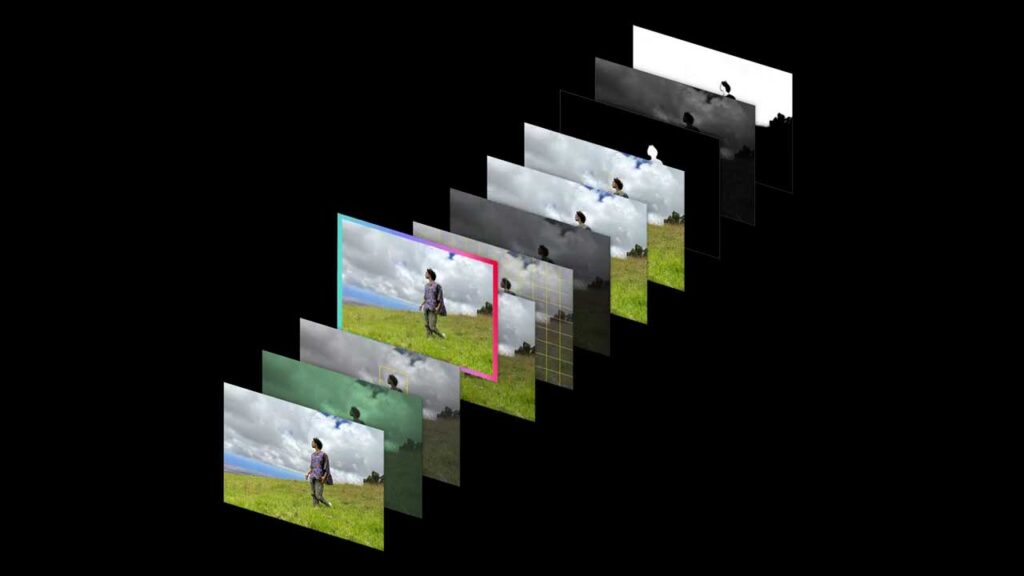 We don’t know the exact battery capacity of the iPhone 14, But Apple is claiming 20 hours of video playback, which is just one hour more than the iPhone 13. It does support 20W fast charge which can charge the phone up to 50% in 30 minutes. However, once again charging adapter won’t be provided in the box and you gonna have to buy it separately. iPhone 14 also supports MagSafe and Qi Wireless charging.

iPhone 14 supports a 5G network along with Wi-Fi 6 and the Bluetooth version is bumped to the latest Bluetooth 5.3.

As you might already know that iPhones support eSIM. Well, iPhone 14 not only supports dual eSIM but apple has completely removed the option of physical sims from the US model of the smartphone. In Other words, the US version of the iPhone 14 won’t have a SIM tray in the phone.

iPhone14 series smartphones have a new feature called “Crash Detection”, It uses sensors like a gyroscope and accelerometer to detect situations like car crashes and automatically dial emergency services. This feature also works with the Apple Watch. 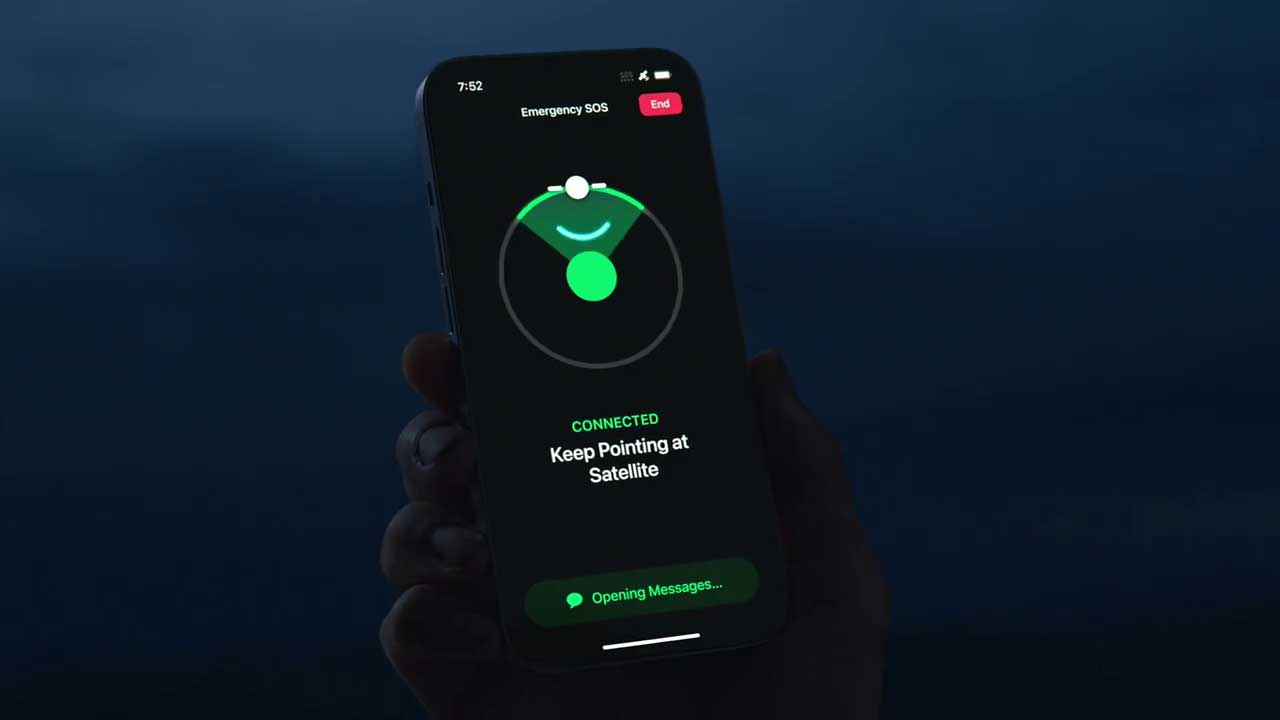 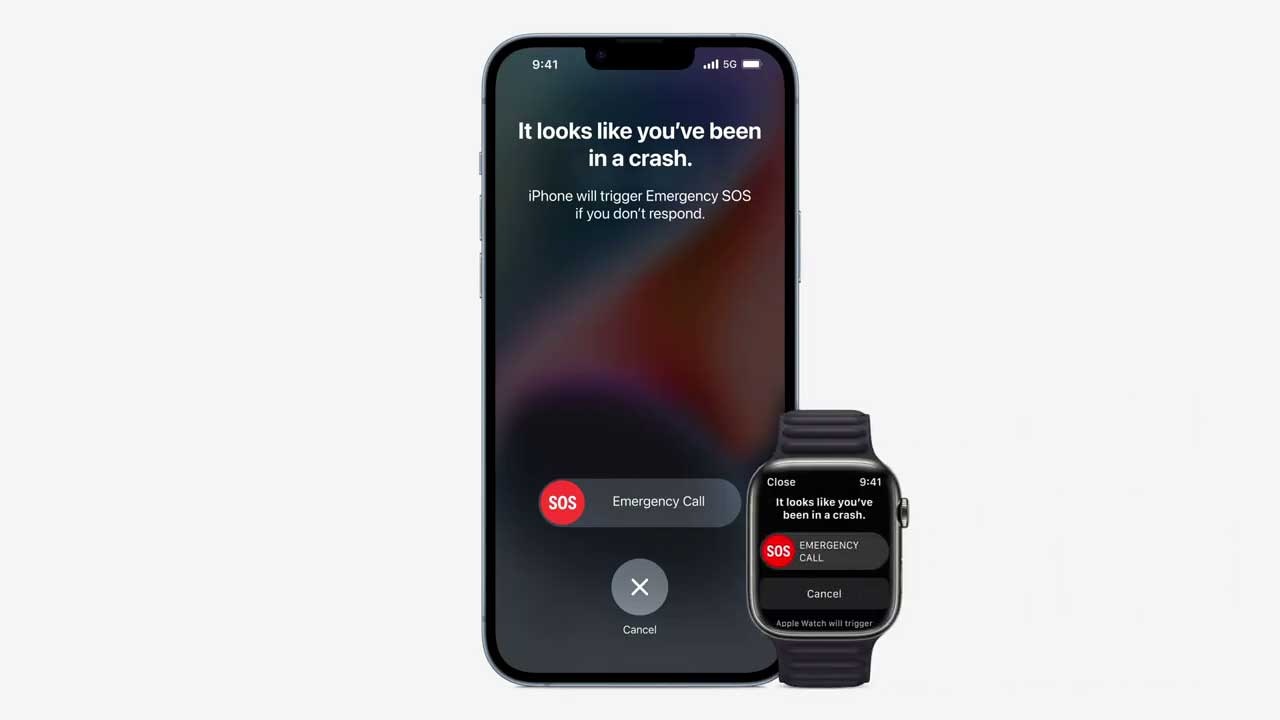 This is another safety feature introduced by apple this year. Sometimes you might be in a place where there is no network connection. Now your iPhones can be connected to a satellite to send small emergency texts and messages. it will require some calibration when connecting to the satellite but it could be pretty useful when you get trapped in a place where there are no connectivity options for mobile data and Wi-Fi. Unfortunately, This feature is a subscription-based service and it’s available only in US and Canada. However, With iPhone 14 you will be getting two years of Emergency SOS service for free. 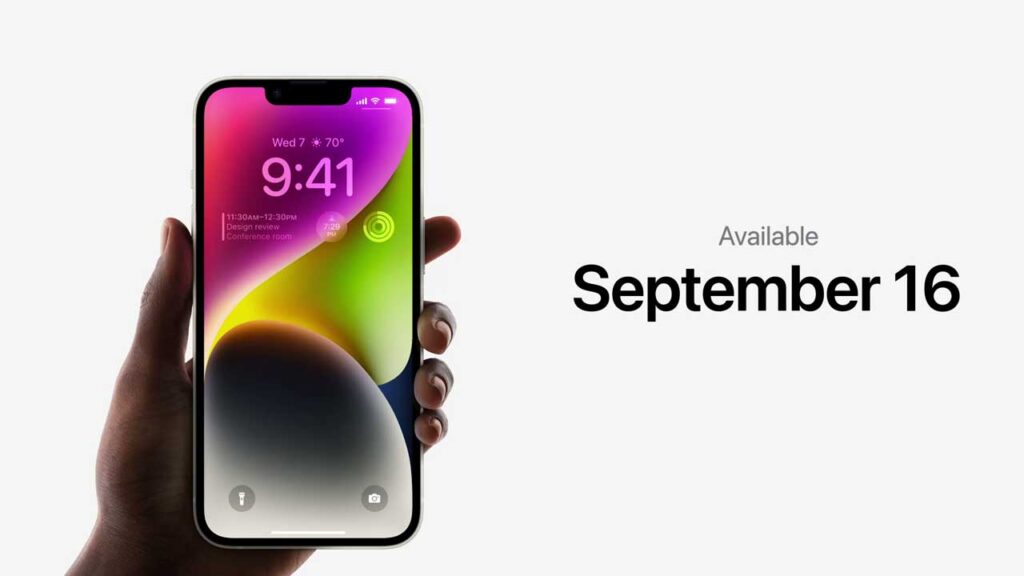 The pre-Order for iPhone 14 has already started, However actual shipping will begin on 16, September 2022. Below you can check the price of the iPhone 14 for different variants in different countries

The post Apple iPhone 14 – Release date, Price and everything you need to know appeared first on TechGamesNews - A Home of Smartphones, Video Games and Gadgets.

Apple iPhone 14 – Release date, Price and everything you need to know