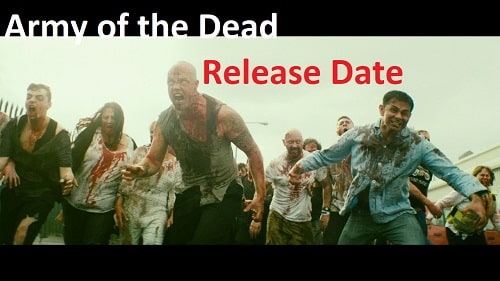 How To Make Sex Better In Long-Term R…
Decorating With Earth Tones
My Most Anticipated Retellings From J…
Tops Tips from Real Working Parents: …
Robert Pattinson Confirmed To Be The …

Announced in June 2008, Universal Studios and Warner Bros. Entertainment were on-board to co-produce the project. Matthijs van Heijningen Jr. signed on to serve as a director. By January 2019, after lingering in development Hell for a number of years, Netflix acquired the distribution rights to the project from Warner Bros., with Zack Snyder returning to the series as a director.

The filmmaker also serves as a co-screenwriter with Shay Hatten, based on the story treatment by Snyder and Joby Harold. The film entered principal photography in mid-2019, with a reported budget of $90 million. Principal photography began on July 15, 2019, in Los Angeles, California, and Albuquerque, New Mexico. Filming also took place at the now-closed Atlantic Club Casino Hotel in Atlantic City, New Jersey.

Snyder served as his own cinematographer and shot the film with custom-made Red Digital Cinema cameras. In September 2020, it was announced that a prequel film and an anime television series are in development to expand the franchise. The anime will be titled Army of the Dead: Lost Vegas and will center around some of the characters from the movie during the early phases of the zombie outbreak. Matthias Schweighöfer will star in, and direct the untitled prequel film.

Zack Snyder’s new zombie action heist Netflix movie Army of the Dead won’t drop until next year, but the streamer, in a unique move, has already greenlit a prequel feature and spin-off anime series.

The prequel will be directed by and star Grimme Award winner Schweighöfer and will follow his movie character “Ludwig Dieter.” Shay Hatten, one of the writers of the screenplay for Army of the Dead, will write the prequel as well as the anime series. The pic will be produced out of Germany by Deborah Snyder, Zack Snyder, and Wesley Coller of The Stone Quarry and Schweighöfer and Dan Maag of Pantaleon Films.

The idea for Netflix with Army of the Dead is to take big bets on the same IP in other languages and formats.

Beamed Zack Snyder: “I’m incredibly excited for the opportunity to partner with Netflix again as we expand the movie universe with both an international prequel, as well as exploring the visually dynamic world of animation. It’s been a great collaboration and we are thrilled that Netflix sees this as big of an IP as we do.”

“It has already been a great pleasure to be part of this wonderful ensemble around Zack Synder – a fascinating project. I am happy that it is now being developed on so many different levels,” added Schweighöfer. The anime series, Army of the Dead: Lost Vegas, chronicles the origin story of Scott (Dave Bautista) and his rescue crew during the initial fall of Vegas as they confront the mysterious source of the zombie outbreak.

Zack Snyder will direct two episodes of the anime series. Jay Oliva (Batman: The Dark Knight Returns and upcoming Netflix Original Anime Series Trese) will be shown running as well as directing two episodes of the series. The series will be executive produced by Deborah Snyder, Zack Snyder, Wesley Coller from The Stone Quarry alongside Jay Olivia and Shay Hatten. De la Reguera, Notaro, Hardwick, and Purnell will reprise their feature roles in the anime series.

Snyder is also in post-production on HBO Max’s Zack Snyder’s Justice League which was featured recently at DC Fandom day. That recut of the 2017 feature, which will be edited into four-hourly installments, and hit the Warner Media streaming service next year.

Army of the Dead Cast

In August 2020, Tig Notaro was announced to replace D'Elia, who was cut from the film due to sexual misconduct allegations. Notaro will be inserted into the film through a combination of reshooting scenes opposite an acting partner and also using digital compositing to insert her into the scene.

Army of the Dead Release Date

Army of the Dead Trailer

The Review of the film will be coming soon

The Downside, The Upside, The Dark Side

What Does it Cost to Stay Fit & Healthy?