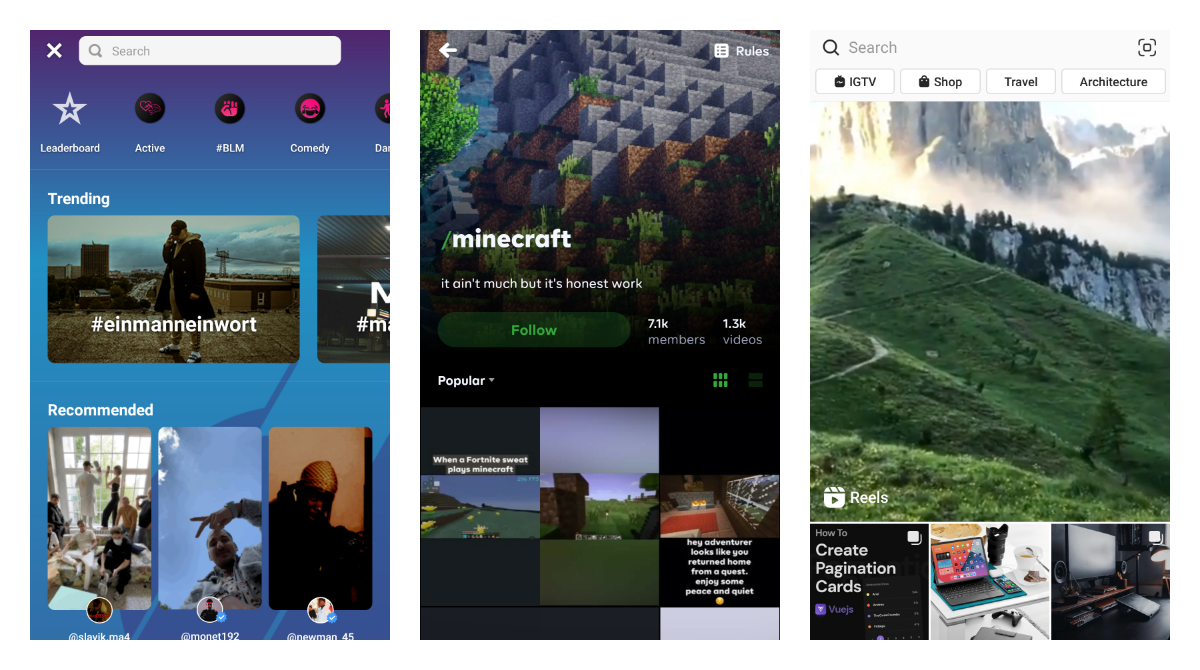 Most of you know that Tiktok is about to get banned in the US as it was announced by Donald Trump on the 31st of July. It is still yet unclear when exactly will it happen but it got escalated very quickly. Earlier this year TikTok was also pulled out from Indian app stores all together with many other Chinese apps.

Regardless of the root cause of this ban, it will influence organic competition between different players in the US region. TikTok is still growing a lot and by being a top player in its area, it captures a lot of user's attention. If it goes away, its attention will have to go somewhere and people already started looking into different alternatives. This will give a huge boost to apps that were already competing with TikTok platform.

An alternative scenario may happen if Microsoft will make a deal with TikTok_US. The probability of this is still not clear but at least we know that it might be possible. Nobody knows yet if this ban will start a confrontation between the US and China on the field of internet regulation. Well, Facebook is not available in China anyway.

What are the alternatives?

Byte app is a successor of Vine. Open beta started in 2019 and only in January 2020 it was officially launched to the public in 40 countries.

Likee (formerly LIKE Videos) is a Singapur based platform for short videos. It was developed by the same devs who made BIGO live streaming service. Recently, Likee was banned in India and it is not clear yet what will happen with this app in the US region. Likee is the closest TikTok clone among this list.

The app has a long story that started in 2014. Dubsmash was founded in Germany and relocated to the US afterwards. It is mostly focused on music artists and dancers.

Triller is another app that is targeting music artists and dancers. It is probably a bit different from Dubsmash because it was able to attract some famous names from the music industry to sign up.

Reels is made by Facebook as an attempt to compete with TikTok and it is embedded into Instagram app. It is planned to launch in early August in the US. At the meantime, it already became available in countries like India, Germany, Ukraine and others.

Reels UI
How to get Instagram Alpha (or Beta) for Android
Instagram team officially announced that Alpha program is now open to everyone ( Source [https://groups.google.com/forum/?nomobile=true#!forum/instagram-alpha-program] ). Please keep in mind that many new features come as server-side releases and don’t depend on the app version (details below). Con…

For example, creators would want to have a chance to go viral in front of new audiences. Most probably Byte will be the best app for this case even with its limited editing functionality. Dubsmash and Triller are older and their focus on music maybe not the best fit for everyone. Reels, as it is a part of Instagram, will probably work the best for creators who have a big audience already.

From a consumer point of view, the app with the most diversified and interesting content might be a better choice. Video loading speed would become an important factor here as well. This perspective makes Reels a very good choice because they have all these things already.

Likee must be also an interesting app to check but its future is very unclear as well. Unfortunately, byte would come last in this race because its performance is not the best.

It is an interesting time for all TikTok creators and not only in the US. The shift of attention may open interesting opportunities for those who will be able to catch it. What would be a good tactic in this situation? I would definitely advise everyone to check these apps yourself and try to diversify your audience when it is still possible. And when you pick an app that you like, don't forget to sign up as a beta tester to get all new features before everyone else!