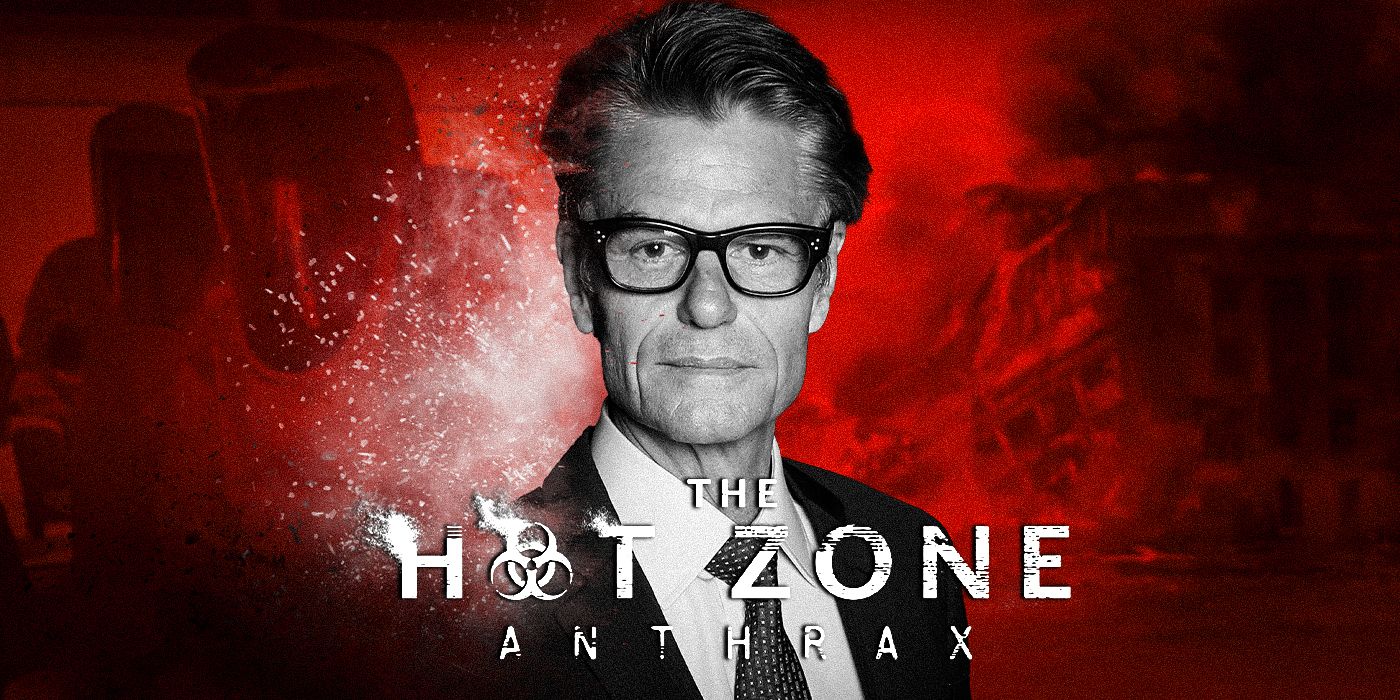 With National Geographic’s The Hot Zone: Anthrax now airing on National Geographic, and also streaming on Hulu, I recently got to speak with Harry Hamlin about playing NBC news anchor Tom Brokaw in the scientific thriller. Based on true events, the limited series takes place a few weeks after the 9/11 attacks, when someone mailed letters containing anthrax to unsuspecting victims in Florida, Washington, D.C., and New York. The series follows a team of FBI agents and scientists as they try and figure out who was responsible for the attack.

If you don’t remember the time after 9/11, or you weren’t born yet, the series does a good job capturing how nervous everyone was in the weeks after the attack, wondering what might happen next, and if something much worse than 9/11 was on the horizon. So, when the anthrax letters started killing people, it caused widespread fear throughout the country and every section of our government was on high alert to prevent another terrorist attack. The Hot Zone: Anthrax stars Daniel Dae Kim as an FBI agent with a specialty in microbiology, Tony Goldwyn as Dr. Bruce Ivins (a brilliant microbiologist), Dawn Olivieri, Ian Colletti, Dylan Baker, Morgan Kelly, Denyce Lawton, Carlos Gonzalez-Vio, Vanessa Matsui, and Enrico Colantoni as Mayor Rudy Giuliani. Kelly Souders and Brian Peterson served as executive producers and showrunners.

During the interview, Harry Hamlin talks about what people would be surprised to learn about the making of the series, how the series captures that nervous energy of the time after 9/11, why he wanted to be part of the show, how much he knew about the story before getting involved, what it was like working with Daniel Dae Kim, and more. In addition, we talked about his time working with Ray Harryhausen on Clash of the Titans, if he had a good feeling about the L.A. Law pilot when they were filming it, and what’s the first thing someone should watch if they’ve never seen his work.

COLLIDER VIDEO OF THE DAY

Watch what Harry Hamlin had to say in the player above and below is exactly what we talked about.

The six-part series will premiere over three nights on National Geographic, starting November 28.

Steven Weintraub launched Collider in the summer of 2005. As Editor-in-chief, he has taken the site from a small bedroom operation to having millions of readers around the world. If you’d like to follow Steven on Twitter or Instagram, you can expect plenty of breaking news, exclusive interviews, and pictures of cats doing stupid things.

benefit of coconut milk
Wuzzuf’s Ameer Sherif Steps Down as C…
Afghanistan’s Pivot to Crypto: Will I…
Best Home Sauna To Stay Warm All Wint…
Sexual Education & Disability: Why it…

This post first appeared on TechCodex, please read the originial post: here
People also like
benefit of coconut milk
Wuzzuf’s Ameer Sherif Steps Down as CEO, Buckles Up for ITIDA
Afghanistan’s Pivot to Crypto: Will It Work?
Best Home Sauna To Stay Warm All Winter
Sexual Education & Disability: Why it Should Matter to Social Workers
Best Things to Do in Cadaques, Beautiful Town in Costa Brava
Urban, Suburban, or Rural Practice: Pros and Cons