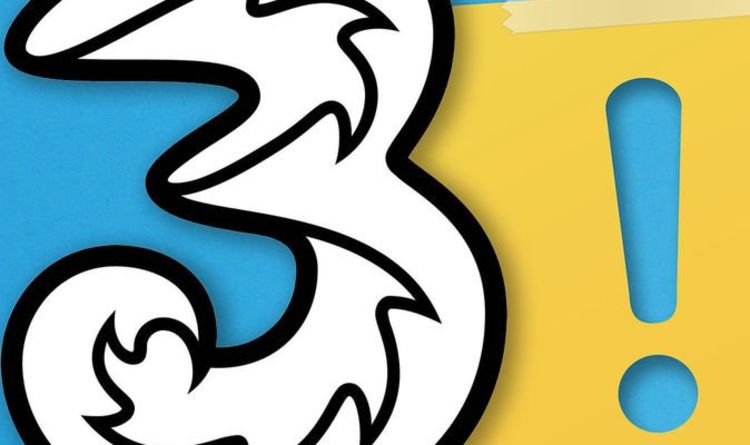 If you use Three Mobile and have been thinking about buying a new iPhone 13, or refreshing your current SIM-only plan, it’s vital to get everything sorted this weekend. That’s because the UK network is making a big change to its terms on October 1 that will leave users facing some seriously shocking bills next year.

Right now, anyone taking out a SIM-only or buying a new smartphone will get access to Three’s hugely popular “Go Roam” service. This enables customers to use their devices in over 70 countries without fear of a giant bill when they return home.

It even includes full 4G internet access, texts and calls across Europe, United States, Australia and more all covered by the plan.

Three has been offering Go Roam since 2013 and it’s one of the reasons so many customers have stuck with such loyalty to the network.

However, things are about to change and it could leave some customers with a £70 bill when heading away for a two-week break.

Three has confirmed that anyone taking out a contract, SIM-only plan or phone deal after October 1 will be hit by a new charge which will come into effect from May 2022. It will add £2 per day when using a phone in Europe and £5 per day when customers head further afield.

As we mentioned earlier, that could mean getting a £70 bill for a two-week break in Florida or £28 when sitting on the beach in Spain.

If you have a family of four all on Three this could end up being hugely expensive with bills running into hundreds of pounds so it’s important to get your contract sorted now if you want to avoid the hike.

Explaining more about the update, a Three spokesperson said: “Any customers who take out a new contract or upgrade with Three from 1 October 2021 will pay a charge of £2 per day when roaming within the EU applicable from May 23, 2022. PAYG customers and customers who have taken out a contract before 1 October 2021 are unaffected by these changes.

“The new charge ensures that customers are clear on what they will pay when using their phone in another country and only those who roam will pay for the service. It will also ensure that we can continue investing in our UK network.”

Three now joins EE, Vodafone and O2 who have all made changes to their roaming plans. Some EE and Vodafone customers will also face a £2 per day fee from January for using their phones in the EU and Vodafone.

O2 is doing things slightly differently with its customers now restricted by a fair usage policy which means that they must not exceed 25GB of data whilst out of the UK.

Once that allowance is used up a charge of £3.50 per extra 1GB will then be added to bills – as an example of how much this could cost, a full HD movie is around 4GB in size so one night in front of a movie will cost £14.