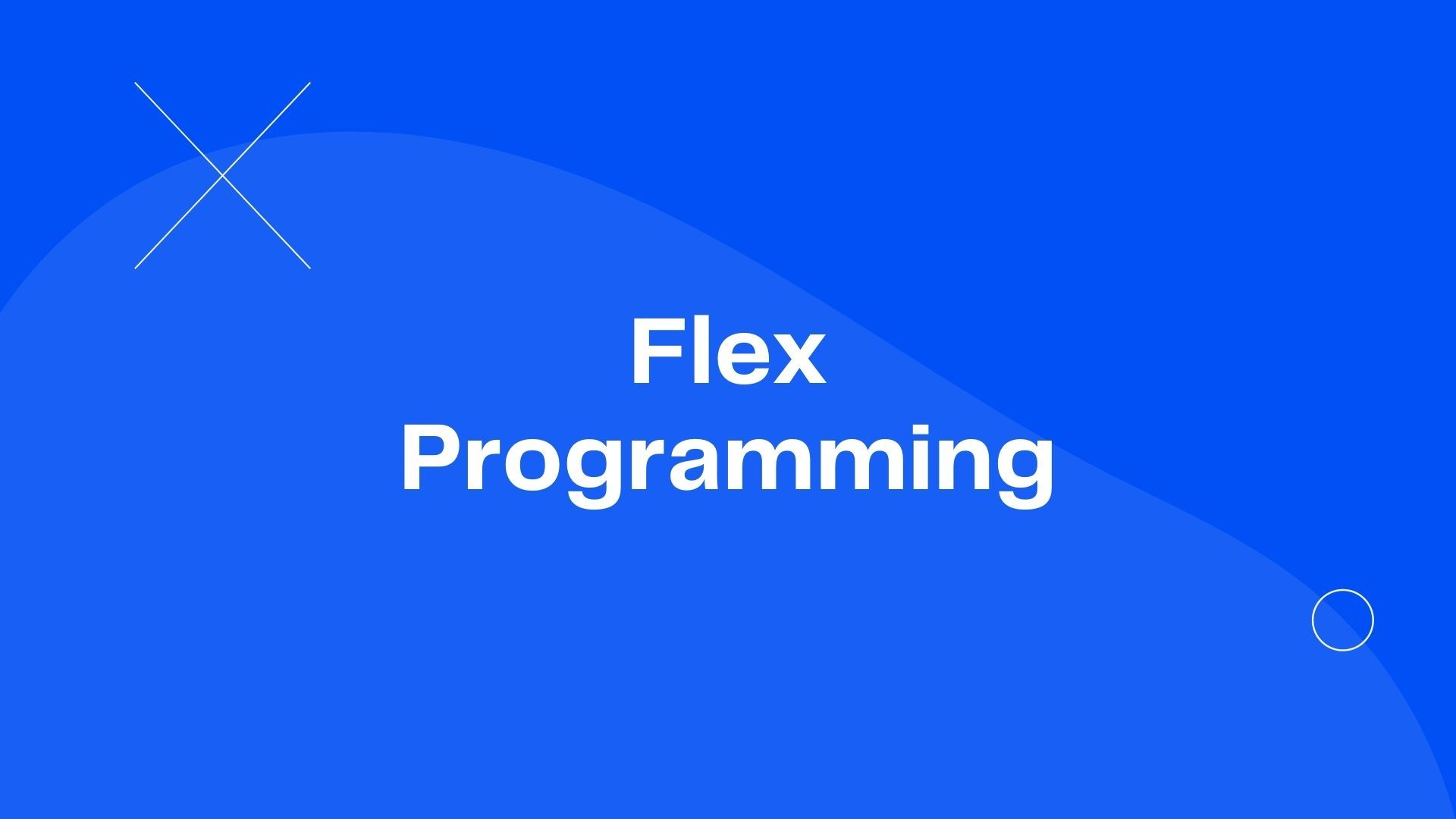 There's no shortage of frameworks that allow you to build and maintain web applications for a wide variety of platforms.

Many have fallen out of favor in recent years as Developers move towards more modern and flexible frameworks, but there are some that continue to be used, even though many would question their usefulness in this day and age.

Flex happens to be one of them. Flex was developed by Adobe as an open source application framework that allowed developers to build and maintain web Apps that could be consistently deployed across all major browsers, computers, and mobile devices.

The aim with Flex was to provide a modern, standards-based language and programming model that allowed for common design patterns that were suitable for developers from many backgrounds.

With Flex, it's possible to build mobile apps for iOS, Android, and even BlackBerry OS devices in addition to conventional apps for desktops and browsers using the same model, tool, and codebase.

What is Flex in programming?

Flex is Adobe's open-source application framework. It's powerful and flexible, in that it enables developers to build mobile apps for different platforms and conventional apps for desktops and browsers with the same code base, tools, and model.

Flex apps can only be built through the free Flex SDK while the Adobe Flash Builder software speeds up development by offering features like intelligent code editing, memory and performance filters, step-through debugging, and visual design.

Flex can be used to create a range of highly interactive and expressive apps for mobile, web, and desktop. A data visualization app built in Flex, for example, can bring in data from different back-end sources and visually display it.

This will be a useful solution for business users who can then dive deeper into the data, change it and even have it automatically updated on the back end.

Another example of an app built with Flex can be that of a product configuration app that enables customers to easily select or customize products online. A self-service app can make it easier for users to change an address or complete steps that would otherwise be complicated.

Do people still use Flex?

Flex is one of the programming frameworks that has fallen out of favor. Adobe announced in November 2011 that they will no longer support Adobe Flex. They didn't kill the framework, though, instead they donated it to Apache.

The Apache Flex team has since been working on fixing bugs and providing additional components but the number of developers that actually use Flex now is very small. So even though it’s still around, there really doesn’t seem to be a prosperous future in the cards for Flex.

Programs and companies that run on Flex

BusinessQ is one of the many apps that have been built using Flex. It enables businesses to transform their raw data into actionable information. Businesses can have rows and rows of data in ERP and CRM systems.

They can learn so much from it by scientifically examining the data.

The BusinessQ intelligence and data visualization software from Qualia lets them do just that.

From monitoring sales to overseeing inventory and tracking Key Performance Indicators, the BusinessQ software lets businesses spot otherwise hidden patterns so that any potential problems can be spotted in time to mitigate risk.

It's a professional grade web and mobile app that has been developed to allow engineers to analyze slope stability problems through the limit equilibrium theory.

How to develop a custom app for your business using Flex

Tools like Flex Builder are required to develop Flex applications. The very first step involves utilizing the Flash Builder IDE wizard to create the new project. The application type can then be selected, for example, Web can be selected if a web app needs to be developed.

Developers then need to create an external CSS file and then modify the wrapper HTML page template. An internal CSS file is also required in addition to several other steps that need to be completed first before the app can be built and run.

3 alternatives to Flex: What could you use instead?

Work with a development partner who can help with it all

Whether you still prefer to use Flex for a business app or are more interested in utilizing one of the many powerful alternatives that are now available, you need to work with a software development partner that is well versed in the intricacies of all of these platforms.

Zibtek is trusted by both Fortune 500 companies and startups alike. As one of the world’s leading software development companies, we have helped businesses of all sizes across all industries to leverage custom software and achieve their goals.