AMD’s upcoming Ryzen 9 6900H APU is rumoured to have 12 compute units built on the RDNA 2 GPU process. The leak comes from Executable on Twitter who earlier leaked that the new ‘Rembrandt’ processor will be based on Zen 3+ Architecture.

The mobile Ryzen processors are touted to succeed the Cezanne line of processors unveiled in January.

Rembrandt is RDNA 2 based with a maximum of 12 CUs

The desktop variant of the Rembrandt is expected to feature the same number of silicon and the same number of maximum cores. Rembrandt’s launch also means that AMD will bid farewell to the VGA architecture, which is still used in the chipmaker’s mobile line of processors. 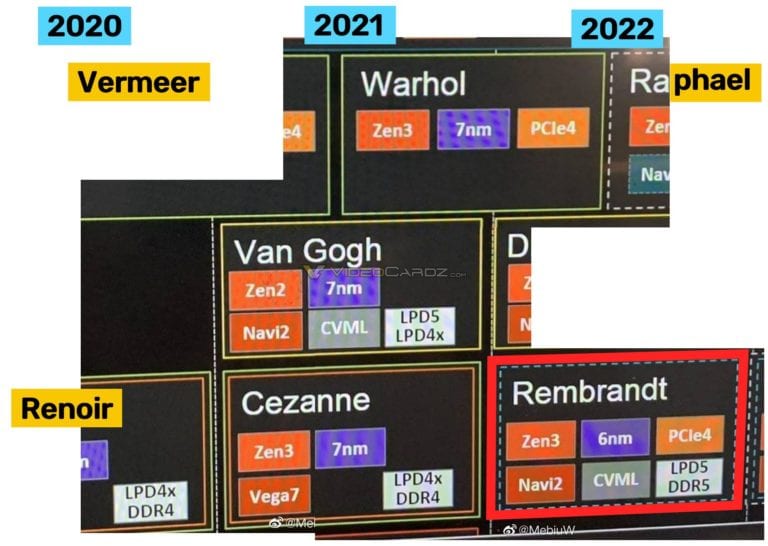 Rembrandt’s mention in a roadmap previously confirmed that AMD will launch it as a successor to Cezanne. It will also be the first to be equipped with 6nm architecture, PCIe Gen4 support and DDR5 memory technology.