Engineers from Stanford found a unique mode of Cancer cell migration on soft and squishy materials that are similar to biological tissues. Traditionally, cell movement is studied on rigid materials. The process of cell movement is central to cancer metastasis and other biological processes like the healing of a wound and immune response.

Kolade Adebowale, a graduate student in chemical engineering, and a member of the Chemical Biology Interface (CBI) graduate program in Chemistry, Engineering & Medicine for Human Health (ChEM-H) at Stanford University said, “Most people don’t die from having a primary tumour. The problem is when cancer cells from the tumour acquire the ability to metastasize or move to different parts of the body.”

Adebowale and colleagues in the lab of Ovijit Chaudhuri developed and tested new types of materials that were similar to the real tissues that surround cells, to advance the studies of cell migration. Ovijit Chaudhuri is an associate professor of mechanical engineering at Stanford. Their findings were published in Nature Materials on April 19 and provide a deeper insight into the impact of elasticity and the viscous properties of materials on cells.

Adebowale, who is the lead author of the paper said, “We found that it makes a big difference if the cancer cells are on a very rigid plastic or if they’re on a soft and viscoelastic material, like a Jell-O. This adds to a lot of recent evidence that the behaviour of cancer is not just about the cancer cells – it is also about the environment that the cancer cells interact with.” 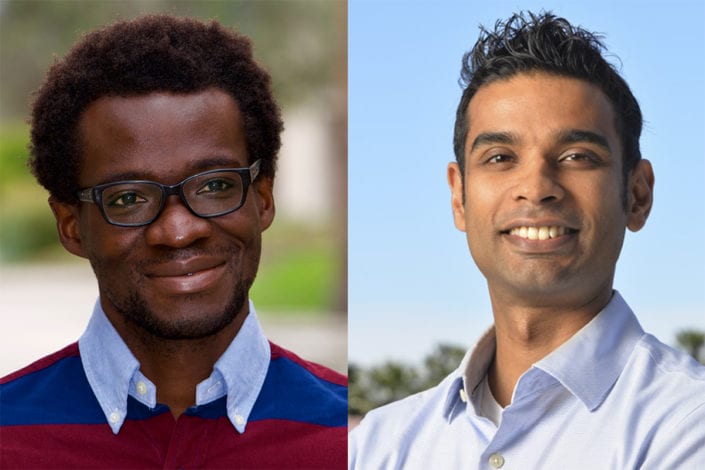 Traditionally, cell migration is studied on “tissue culture plastic” or elastic hydrogels which are hard and transparent like soft contact lenses. It was observed that cells can’t migrate on very soft hydrogels. The researchers are trying to replicate real biological tissues on which cells migrate. These are soft and not purely elastic, but viscoelastic.

Adebowale said, “They are solid materials, but they also have viscous and liquid characteristics that allow them to flow over longer timescales.”

Viscoelastic are those substances that when deformed, exhibit both elastic and viscous behaviour. Examples of such substances include bread dough, silly putty, mozzarella, etc. Such materials initially withstand deformation like an elastic material. Over time, they viscously relax this resistance.

The researchers studied cell migration on such tissue-like viscoelastic material and the results contradicted the traditional belief. Chaudhuri, senior author of the paper said, “We found that when the substrate is viscoelastic, the cells can migrate quite robustly, even though it is soft.”

In addition to this, the researchers observed that the cell migration movement was unique. On a stiff 2D surface like tissue culture plastic, cells stick to the surface and form a fan-like protrusion called lamellipodium. This protrusion moves forward by extending the leading edge forward and pushing off the surface.

The cells didn’t spread out this extensively but used a thin, spine-like protrusion known as filopodia to drive their movement. Their experiment also showed that cells use a “molecular clutch” to migrate on the substance. 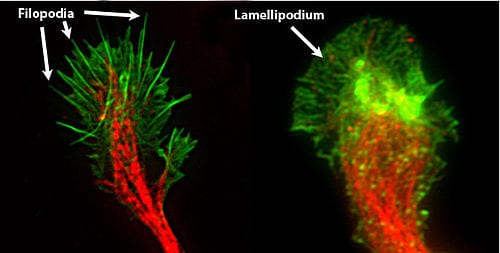 Chaudhuri said, “Imagine you’re moving on ice. If you don’t have enough adhesion to the ice and try to run, you’re not going to go anywhere. You really need a strong grip to push off and move forward. That’s what the molecular clutch does for cells.”

Cell migration on rigid tissue culture plastics was robust and they stick to the substrate. On the other hand, cells are also able to migrate robustly on soft, viscoelastic substrates and are able to do so with weaker and fewer adhesions.

Adebowale said, “I think what was most surprising was that the material property – viscoelasticity – can have such a dramatic impact on the ability of cells to migrate.”