Two independent studies published in Nature talk about how they turned ordinary skin cells into artificial embryos similar to a fertilized human egg and an early human embryo. The teams did not create an artificial embryo that could grow into a viable baby. They recreated the process of the first four days after the egg gets fertilized – a ball of cells called blastocyst is developed, which is the first stage towards the development of a baby.

Even though the researchers didn’t get past the blastocyst stage, both the models are the most complete replicas of an early human embryo created to date. In addition to the cells that grow into a baby, the models also contain all of the supporting structures.

The reversed engineered cells began to show traits similar to their natural counterparts within 10 days inside a jelly-like incubator. For example, the artificial embryo produced cells that form the placenta. This is important for a viable embryo that would develop further or even until birth, in theory.

The research gives insight into what happens during the first few days of pregnancy, which could also answer questions related to infertility or pregnancy loss without experimenting on human embryos. 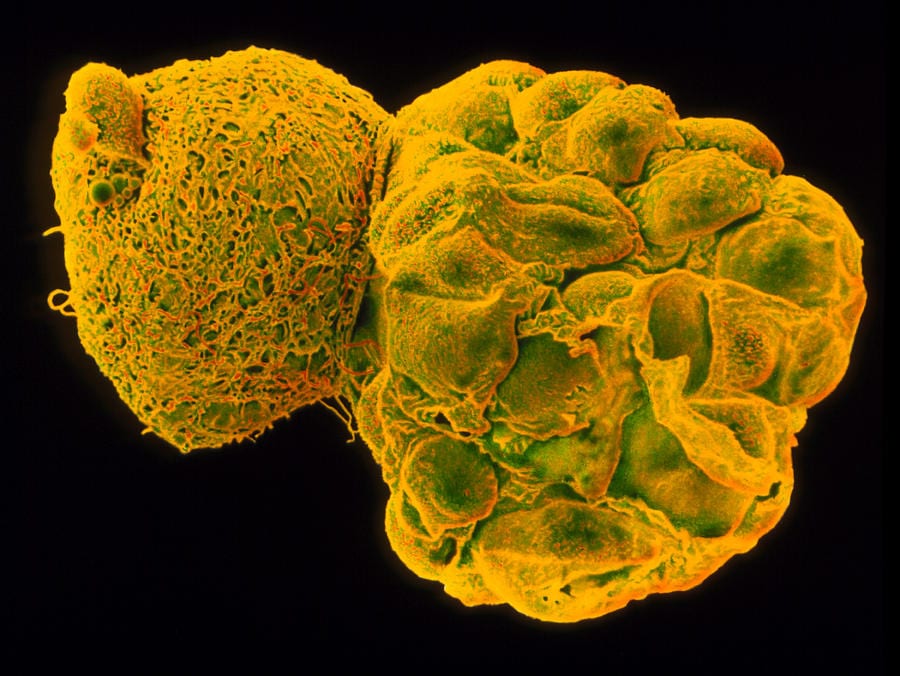 It is known that the fertilized egg turns into blastocyst around day four and gets implanted on day eight. Around this time, a “magical” process leads to the development of cells that eventually develop into the placenta and others which lead to the development of a foetus. This initial stage of reproduction is very hard to study. Scientists have been using discarded human embryos in the lab, often from IVF outcasts, that can be grown up to 13 days according to guidelines. These tissues are hard to come by.

How the artificial embryo was made

In one study, Dr. Jose Polo at Monash University used a previously published procedure. In this, skin cells are gently scraped off and washed with a chemical that returns them to a stem-like state. The cells regain the ability to make other kinds of cells. Then, the pseud stem cells known as iPSCs are immersed in a nutritious liquid in a Petri dish. What they observed next was extremely rare. After three weeks, the cells began to branch out into three different kinds of cells found in the early human embryos.

The team transported the cells into a 3D jelly-like culture system for support, and the cells began to assemble using a mind of their own. Polo said, “What was completely surprising is that when you put them together, they self-organize.”

The team decided to analyze the genetics of these cells. Shockingly, the team found that these early embryones-like structures called “iBlastoids” had a similar cell component and organization to a natural embryo. For example, one layer had cells similar to the ones that would develop into a placenta. This iBlastoid resembled a normal blastocyst after it gets implanted in the uterus. 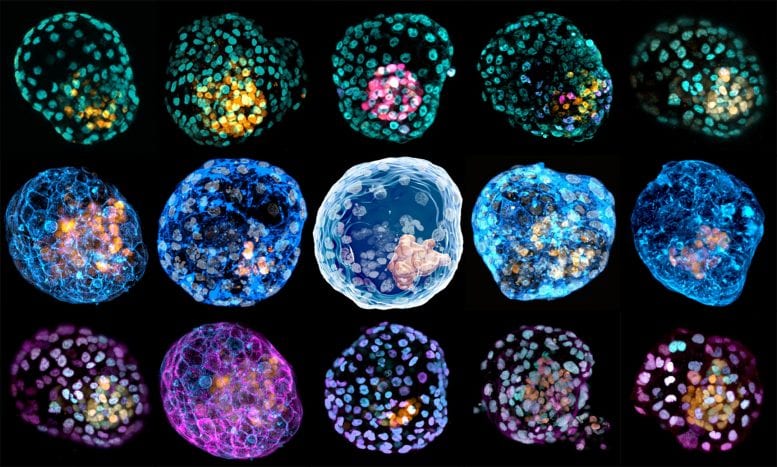 In the other research, scientists used both human and stem cells to create “human blastoid”. Similar to the previous study, the artificial embryo produced was similar to a natural one in terms of its size, shape, and genetic profile.

But one question which can trick everyone is the identity of the blastoid. Given that they are similar to a natural embryo, at what stage should we consider the artificial embryo as cloned human embryo? Whether is it ethical to kill these, or let them grow in the lab for more than fourteen days? While we are still a long from artificially creating a human, the current studies are certainly a step in that direction.