Here’s Our First Unofficial Look at The OnePlus Watch

The Oneplus 9 series just around the corner, but it’s not coming alone. OnePlus is launching the much-awaited OnePlus Watch along with its upcoming flagship smartphone series, and we might just have got our first look at OnePlus’ first smartwatch.

Online Black Friday Deals for Cell Ph…
eMAG: Craciun in Iulie cu Telefoane i…
Best Camera Smartphones in 2022
Nothing Phone (1) Launch on 6/9 at 4:…
OnePlus Buds Z2 Review: Too Much Bass…

Courtesy of @UnboxTheraphy, the alleged OnePlus Watch render sheds light on OnePlus’s first smartwatch design. At the first look, it looks like every other smartwatch available in the market, more particularly having an uncanny resemblance to the Oppo Watch RX and also the Samsung Galaxy Watch Active 2.

As teased earlier, the OnePlus Watch dons a circular dial with two buttons on the right edge, with one of them having ‘OnePlus’ branding. There’s no idea about the bezels at this point, as the render shows a black background on display. The watch appears to come with standard bands, which means it’ll be quite easy to replace the bands, unlike Apple Watch and Fitbit .

According to tipster Ishan Agarwal, the OnePlus Watch could measure at 46mm, featuring IP68 water resistance and Warp Charge, which will give it a week’s juice in 20 minutes, and it’s coming with 4GB of RAM. As we know, the smartwatch will run RTOS instead of Google’s Wear OS, so don’t expect a lot from it, but it would be able to show notifications, incoming calls and automatically detect workouts.

The automatic workout detection will offer many modes, including swimming, sleep tracking, heart rate monitoring, and stress tracking. It will also allow one to make or answer phone calls, and one can also control OnePlus TVs with it. 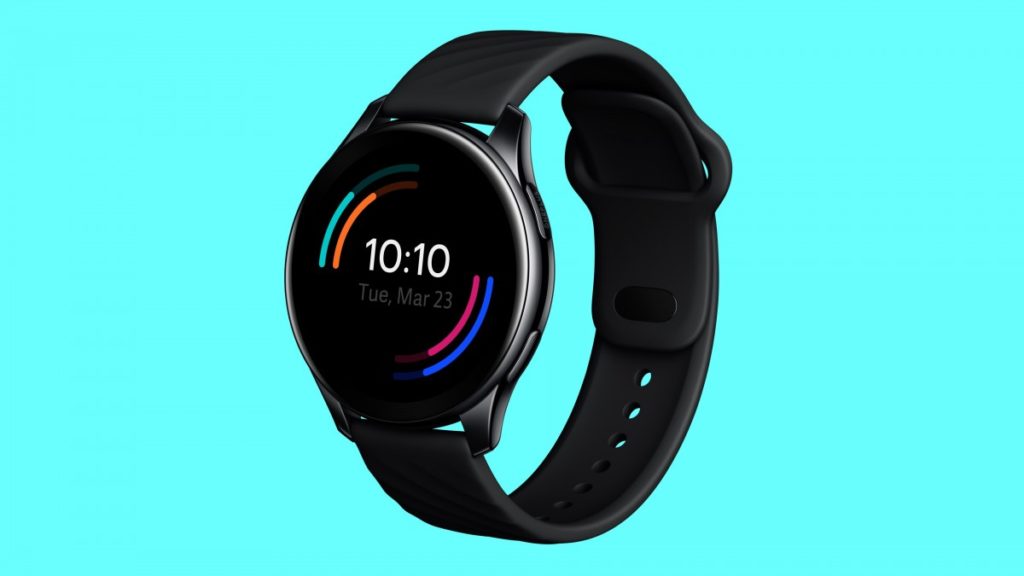 The OnePlus Watch will be OnePlus’ second wearable after the OnePlus Band launched in India back in January. The OnePlus Band is currently available at INR 2,499 through different retailers.

Here’s Our First Unofficial Look at The OnePlus Watch