After a series of convincing leaks, AMD has finally revealed the Radeon RX 6700 XT, which will release on March 18 for $479 from both OEMs and in a reference design.

Smartphones are Changing the Online G…
Best Gaming PC Build Under Rs. 35,000…
A Furry’s Guide to Cryptocurrency
Why the BigCommerce and Walmart Partn…
National Doctor’s Day

The new GPU packs 40 compute units as compared to the RX 6800’s 60 CUs. The card will also come with 12 GB of GDDR6 VRAM, just as our previous reporting on leaks predicted. AMD is claiming RTX 3070 levels of performance, although the card does seem to perform worse than an RTX 3060 Ti in certain games according to the charts shown during the event. As expected, the graphics card is undercutting the RTX 3070 by a small margin, but its lack of extra features might give team green an advantage. However, the new RDNA 2-based card also comes with more VRAM which the company noted removes performance bottlenecks when playing on maxed settings at 1440p. 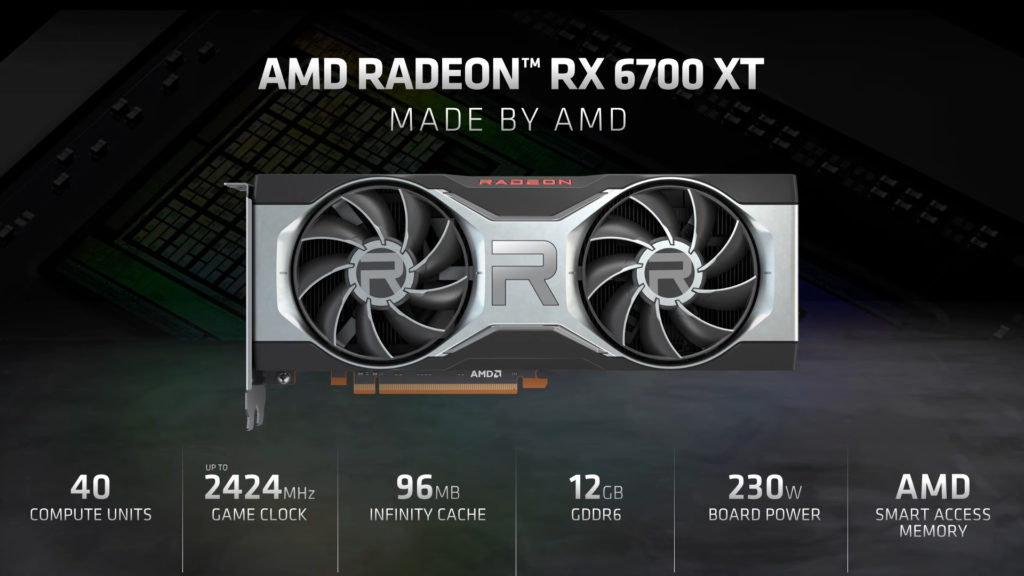 Curiously, AMD did not reveal the even cheaper Radeon RX 6700 (non-XT), but then again that’s also something leaks had accounted for.

The AMD Radeon RX 6700 XT will release on March 18 at $479. The company also revealed that support for its Smart Access Memory technology (Resizable BAR) will be coming to Ryzen 3000 CPUs. Unfortunately, AMD did not even mention any details regarding its DLSS competitor, FidelityFX Super Resolution during the event, which previous leaks had claimed will arrive sometime in March. You can check out more about the 6700 XT here.

For more information on AMD’s new RDNA 2 powered GPUs, make sure to check out our review of the RX 6800 XT!

This post first appeared on TechQuila, please read the originial post: here
People also like
Smartphones are Changing the Online Gambling Industry
Best Gaming PC Build Under Rs. 35,000 – May 2021
A Furry’s Guide to Cryptocurrency
Why the BigCommerce and Walmart Partnership Is a Big Deal
National Doctor’s Day