Snow in the Sahara: Fourth Time in 42 Years

It is not unknown that the Sahara Desert is the largest hot desert on Earth. It is believed to have one of the harshest climates on Earth and is spread over an area of 3.6 million square miles or 9.4 million square kilometres. This is equal to almost one-third of the African continent, and approximately the same size as the US (including Hawaii and Alaska).

The desert is well known for its sand dune fields, which reach a height of 600 feet (183 meters) and covers 15% of the whole desert. It also has plateaus, mountains and plains covered by sand and gravel.

It is hard to imagine Snow in one of the driest places on Earth, but it has happened over the past decade, and reportedly happening for the fourth time in 42 years! However, experts claim that snowfall is unprecedented. 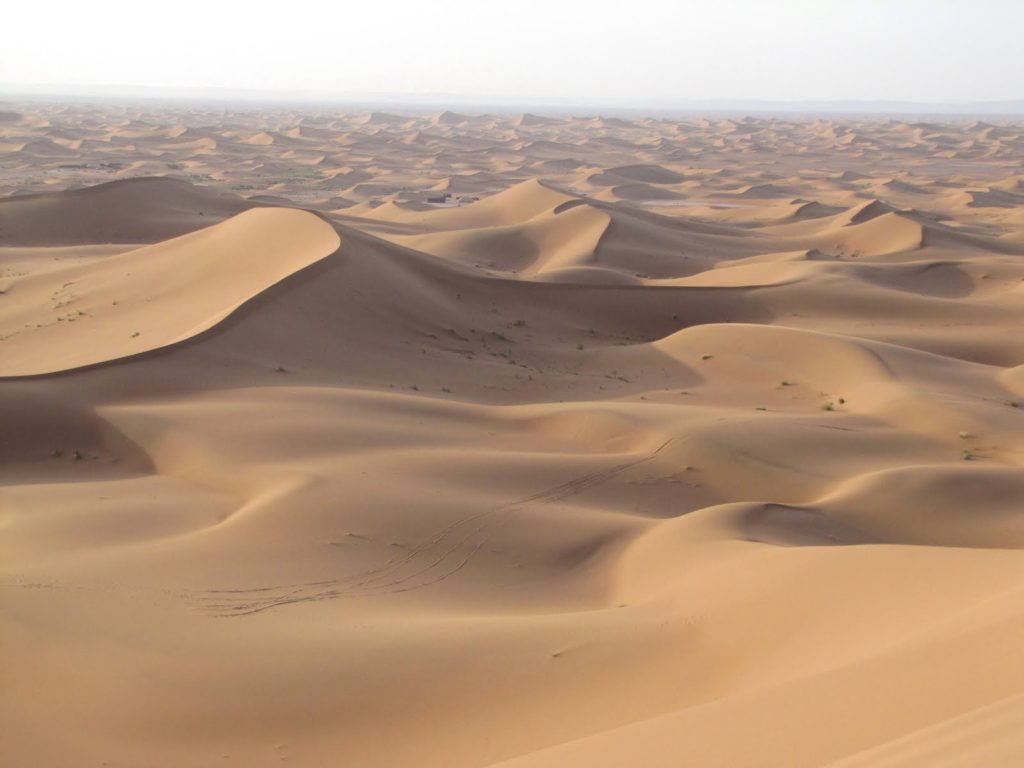 The desert is well known for its sand dune fields, which reach a height of 600 feet (183 meters) and covers 15% of the whole desert.

On January 19, 2021, the Sahara was reported to be covered in snow. It was spotted outside the town of Ain Sefra, northwest of Algeria. Referred to as “gateway to the desert,” the town has a population of 35,000 people and is between the Sahara and the Atlas Mountains.

The snow created a unique pattern on the sand dunes. Karim Boucheta, a local photographer, captured a picture of sand dunes with crystal ice and the rare weather in the Desert. 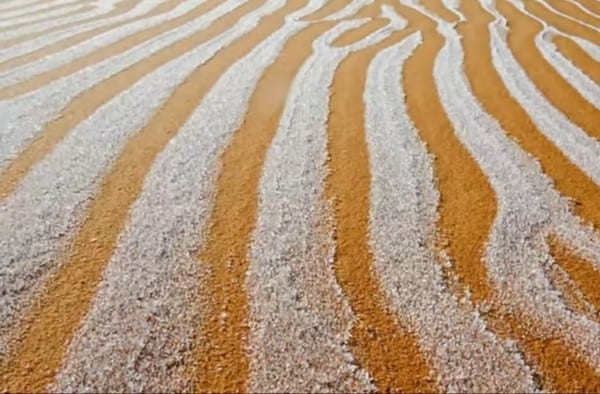 According to NASA, snowfall in the desert is more likely to happen at higher altitudes, like the Atlas Mountains. They said that the 2018 snowfall was even visible from space. They added that snow falls in 2015 and 2012 were seen in the Moroccan side of the Atlas Mountains.

Why did it snow?

The town of Ain Sefra is situated near the border of Algeria and Morocco. Its altitude is 3,800 feet (1,000 meters) above sea level and is enclosed by the Atlas Mountains. During summers, the region usually experiences a temperature of 100 degrees Fahrenheit (38 degrees Celsius). 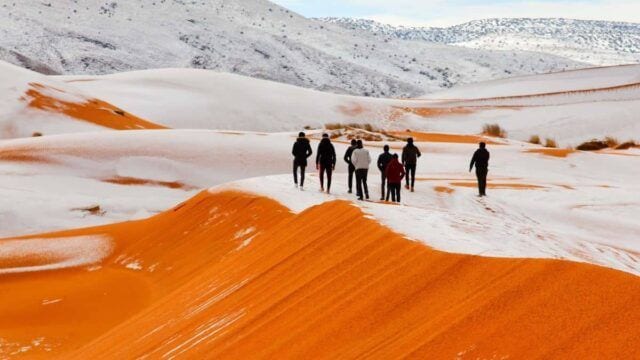 Ice in the Sahara Desert near the desert town of Ain Sefra in Algeria, Jan. 13, 2021.Karim Bouchetata/Bav Media

According to Paul Deanno Books, the necessary weather factors for any place to receive snowfall are cold air and moisture. It was agreed that these factors are uncommon in Africa, but not in Ain Sefra, which makes snowfall rare, but not impossible. This means that cold air and precipitation could lead to snowfall in even one of the driest places of Earth!

Snow in the Sahara: Fourth Time in 42 Years