What’s Up With WhatsApp: Will 2021 Be The Year of Compromised Privacy?

WhatsApp is essentially the most basic mode of communication right now second only to, well, calling. That is for very good reason. Whatsapp enjoys over 2 billion users and is the largest messaging service in the world. So where is the Facebook-owned company going wrong?

“I Will WhatsApp You!”: WhatsApp The Synonym to Instant Messaging

WhatsApp is the only messaging service that you will talk about out of reflex. Your friends and family are more likely to be available on WhatsApp than on iMessage, Telegram, Slack, Discord, Signal, etc. While the Facebook-owned company has by far the largest user base with over 2 billion monthly active users the newcomer Signal, from Elon Musk’s tweet just has over 20 million users right now.

WhatsApp is almost an elementary application most users install just after setting up a new device. Its the only application that stays and not uninstalled even when you choke your storage. All this stems from the fact that we are insanely dependent and super comfortable with the familiar environment on WhatsApp. From being the primary medium to share media and text messages to sharing real-time location and being part of groups, WhatsApp has refined and added new and useful features over the course of time which are fairly difficult to let go of.

Then Whats the Problem with the App?

Facebook has long been trying to take all its existing companies under one single umbrella. This drive is much stronger now than ever before given the fact that Facebook has essentially become an advertising firm, targeting users with ads based primarily on the data it fetches from the user. Ever felt eerie while seeing the ads of the exact products you surfed on your favourite e-commerce website?

WhatsApp already collects loads of unnecessary data from various data points especially when you consider its basically just an instant messaging service. A look into App Store’s App Privacy sections sheds light on the data points WhatsApp utilises and not all are actually required: 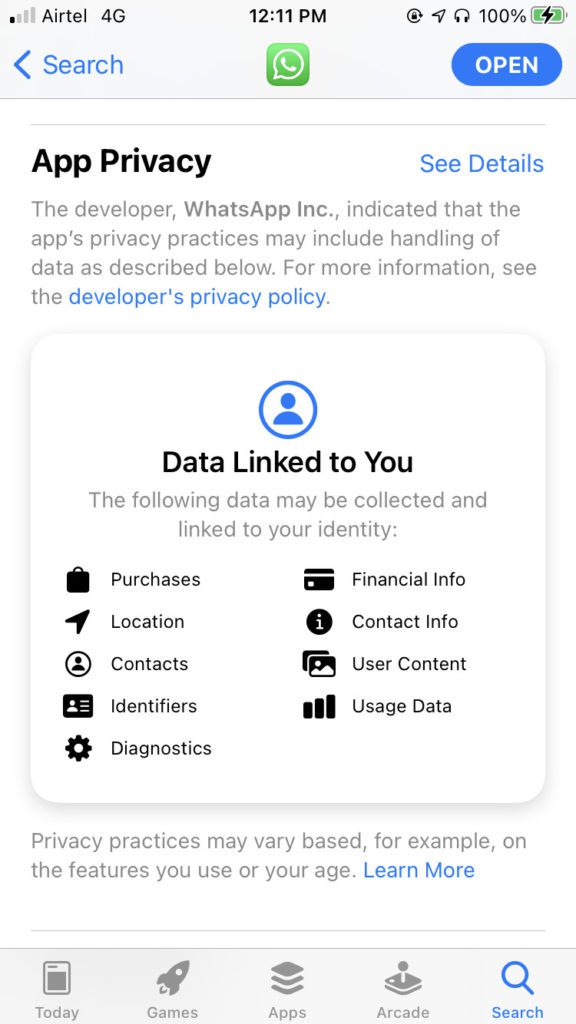 WhatsApp fetches tons of redundant data. So much for Facebook ads?

If we take Facebook‘s data collection points up for scrutiny, one could ask why is the company still being allowed to run on the market without being forced to change its policies? Facebook over and above the “normal” data logging points also fetches your health and fitness data. Facebook also collects what is termed as Sensitive Info for Analytics, Product Personalisation and App Functionality. A further inspection into this particular category exposed the categories of data Facebook collects: 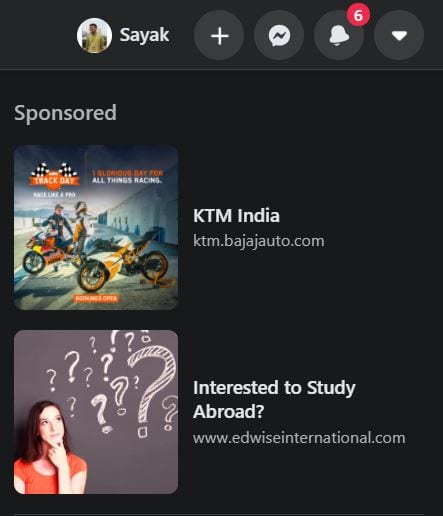 It doesn’t take much to realize that these are extremely private topics and are not something one would willingly want to disclose. So why would a social networking website want to procure such data?

Where do we go from here?

While the WhatsApp promises that it won’t be able to see your chats, your photos, your group calls or video calls but what it clarifies is that it can and will be accessing the metadata and will allow Facebook, its parent company, to use them to push ads. But WhatsApp continues to boast about how it still will continue with end-to-end encryption to secure your conversation on its platform.

While the metadata being collected from you does not allow anyone to read your chats, it does expose the source and endpoint of the message which essentially means, WhatsApp knows whom you’re texting and for how long. WhatsApp also reserves the right to share this data with advertisers and well the biggest of them all is Facebook which very conveniently happens to be the boss here.

While finding alternatives to WhatsApp is an uphill task because no other application shares the same user base as WhatsApp does. Lack of commonly used features that are available on WhatsApp but not on other platforms make the process of transition even tougher. If the solution does not let you leave WhatsApp then what can you do?

WhatsApp has chalked out a different policy altogether for countries falling under the European Union. “There are no changes to WhatsApp’s data-sharing practices in Europe arising from this update. It remains the case that WhatsApp does not share European Region WhatsApp user data with Facebook for the purpose of Facebook using this data to improve its products or ads” Niamh Sweeney, Director of Policy for WhatsApp, Europe said. While, Section 43A of the IT Act, 2000, puts an onus on businesses to ensure data protection, it still largely depends on the government to step up and enforce this law.

As a response to a court case filed by an advocate at Delhi High Court against WhatsApp and its intrusive privacy policies, Justice Sanjeev Sachdeva said: “It [WhatsApp] is a private app. Don’t join it. It is a voluntary thing, don’t accept it. Use some other app”. Justice S Sachdeva also took the example of Google Maps stating the fact that it too collects real-time location data of the users and stores it. While debates and discussions on this very topic in court in future might result in a different outcome what is shocking is the fact that a prominent leader still takes such cases very casually.

Mukul Rohatgi: I appear for #WhatsApp

Kapil Sibal: No, no. I appear for #WhatsApp, you are for #Facebook

Justice S Sachdeva: Both of you also need to share some data with each other on who appears for which party

In the latest report today, Indian Govt. has made it clear through a persuasive letter to WhatsApp CEO Will Cathcart, to withdraw the recent changes in the privacy policy of the messaging app. The Ministry of Electronics and Information Technology (MeitY) said that Indians should be properly respected, it said, “any unilateral changes to the WhatsApp Terms of Service and Privacy would not be fair and acceptable.” India is home to the largest user base of WhatsApp globally and is one of the biggest markets for its services, making India’s voice heard is of utmost importance.

WhatsApp has postponed the rollout of the new update from February 8th to May 15th after it has faced a lot of slack from organizations and users alike.

It’s important for us to make ourselves heard and resist from accepting policy updates that give away data to third party companies to mint money on. A strong resistance towards exploitation could go a long way into securing one’s data even in the future.

What’s Up With WhatsApp: Will 2021 Be The Year of Compromised Privacy?