Over the last few years, Samsung is leading the game in the smartphone imaging industry with its ISOCELL sensors, and the South Korean electronics giant is now all set to take it to the next level with a new 200MP Sensor which is set to launch this year with a bunch of other ISOCELL sensors. 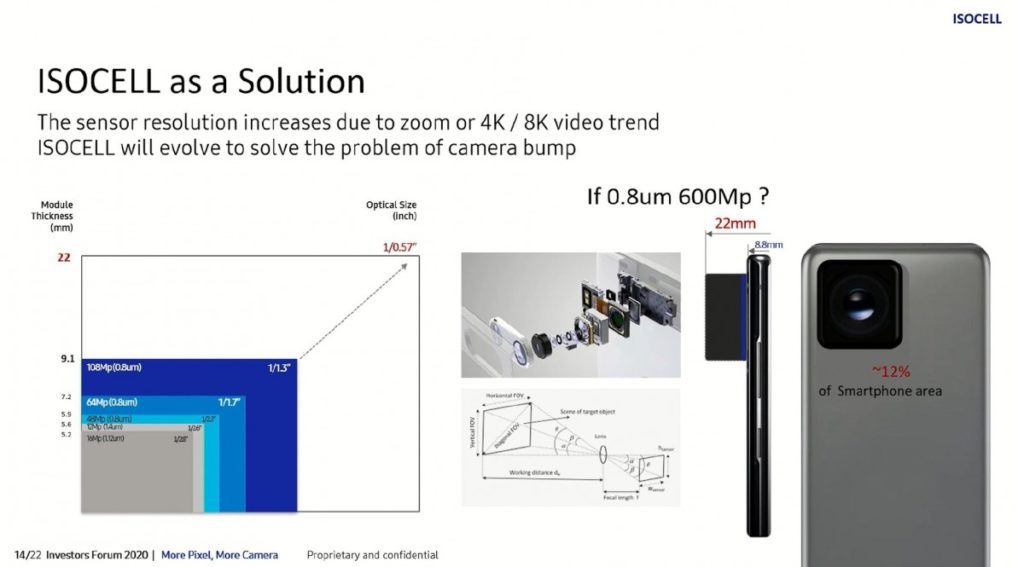 Last month, we got to know that Samsung is developing a 600MP sensor dubbed ISOCELL600, which might see the day of light for another year or two. But it seems like Samsung is all set to proceed with a 200MP sensor before making its 600MP sensor official.

Samsung ISOCELL will launch many innovative sensors in 2021.
200MP is coming soon.

According to IceUniverse’s recent tweet, Samsung will launch a bunch of new sensors in 2021, including a 200MP sensor, which is being tipped to be coming soon.

The details about the 200MP sensor are still scarce, and we don’t even know when it will come exactly. So we suggest that you take this information with a pinch of salt.

Last year, Gizchina reported that Samsung is developing a 150MP image sensor equipped with upgraded Samsung Nonacell technology, resulting in 16MP images. Xiaomi was supposed to launch the first smartphone with the 150MP sensor in the last quarter of 2020, but it never happened.

Also, a report from last year suggested that Samsung is working on a 250MP unit with a 1-inch diagonal, so expect the 200MP sensor to be just under 1-inch.

Samsung currently has two flagship sensors, the ISOCELL Bright HM1 and ISOCELL Bright HMX, both of them are few of the first 108MP sensors. They basically work on the principle of pixel binning, giving out images having resolutions of 12MP and 27MP, respectively.

Well, nothing is official from Samsung’s end but don’t get surprised if you see a smartphone with a 200MP sensor this year.