The Mystery of the Monoliths: Possible Alien Life?

Just when we thought 2020 can’t get any weirder, the world was once again shaken by the mystery of the monoliths. The sudden appearances and disappearances of these were recorded in many parts of the world, and the reason is still not clear.

Let us look at the timelines of their appearances and related events: 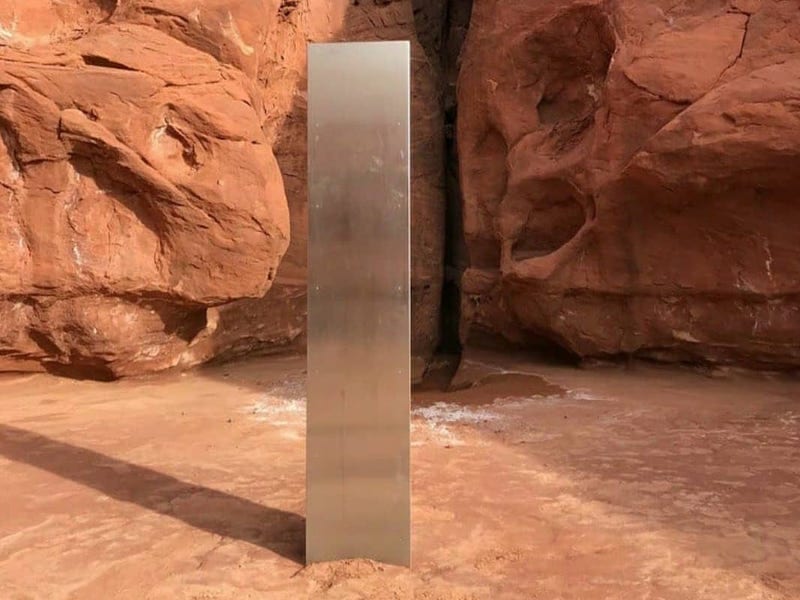 The first monolith was discovered by a Utah Department of Public Safety Aero Bureau helicopter while helping the Department of Wildlife Resources count bighorn sheep. The height of the Structure was reported to be around 12-feet. It was “installed in the ground in a remote area of red rock” and no evidence of its origin was found.

Speculations of extraterrestrial origin started rising. On November 24th 2020, even the Bureau of Land Management joked about it in a tweet.

Official statement: “Although we can’t comment on active investigations, we would like to remind public land visitors that using, occupying, or developing the public lands or their resources without a required authorization is illegal, no matter what planet you are from.”

On 27th November, the US Bureau of Land Management reported that an unknown party had removed the monolith. They said that the agency had no role in it. The bureau also said that the monolith was private property, even though it was on public land.

This mystery was solved on 1st December when BASE jumper and extreme-sports YouTuber Andy Lewis took accountability for removing the monolith. He posted a 23-second video claiming to show himself and his team removing the structure. Lewis and Sylvan Christensen said that they removed the structure because it was attracting visitors and hence ruining the natural landscape.

The same day the monolith in Utah disappeared, another one came up in Romania. It was found on Batca Doamnei, a hill close to the town of Piatra Neamt, Romania. The structures are only different in one thing. The Romanian one was covered in circles, while the one in Utah was smooth.

Jokingly, Andrei Carabelea, the mayor of Piatra Neamt linked the appearance of the monolith to some naughty alien teenagers. He wrote on Facebook, “Piatra Neamț hosts a mysterious object. My guess is that some naughty and terrifying alien teenagers have left home with their parents’ UFOs and started planting metal monoliths around the world. First in Utah and then in Piatra Neamț. I am honoured that they chose our city.”

Reuters reported that a few days later, on December 1st, the structure disappeared overnight. There is just a small hole covered by rocky soil now. Reuters further said that the Romanian structure was also installed in a protected archaeological area.

The reason behind these events in Romania still remain unclear. There is also evidence that the monolith could have appeared before 27th, the discovery date.

December 2 and 3: California and Pennsylvania 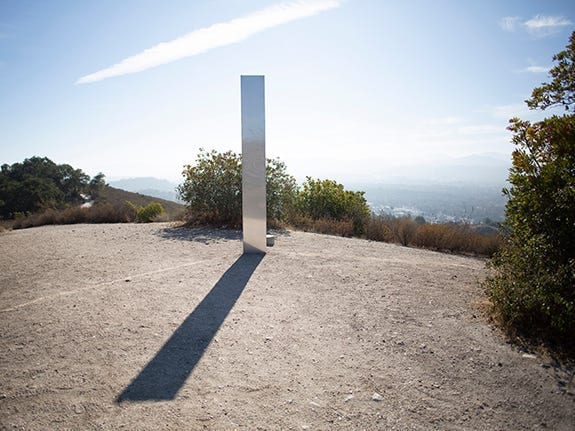 One day after the monolith in Romania disappeared, another one was discovered on top of Pine Mountain in Atascadero, California. Origins remain unclear. According to Atascadero News, Daily hiker Ray Johnson said that he had not seen the structure the previous day while he was hiking. 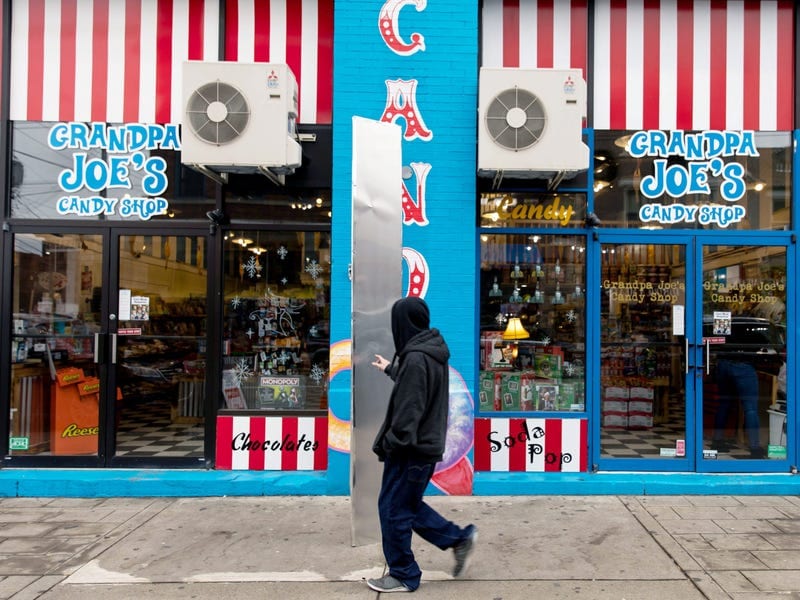 Another monolith popped up outside a candy shop in Pittsburgh, Pennsylvania. But luckily, its origin was not a mystery. Unlike the previous monoliths, this one was not an alien conspiracy, but rather a marketing ploy by the shop owner. The owner of the candy shop, Christopher Beers had asked a friend to make a 10-feet tall structure and put it outside his shop. 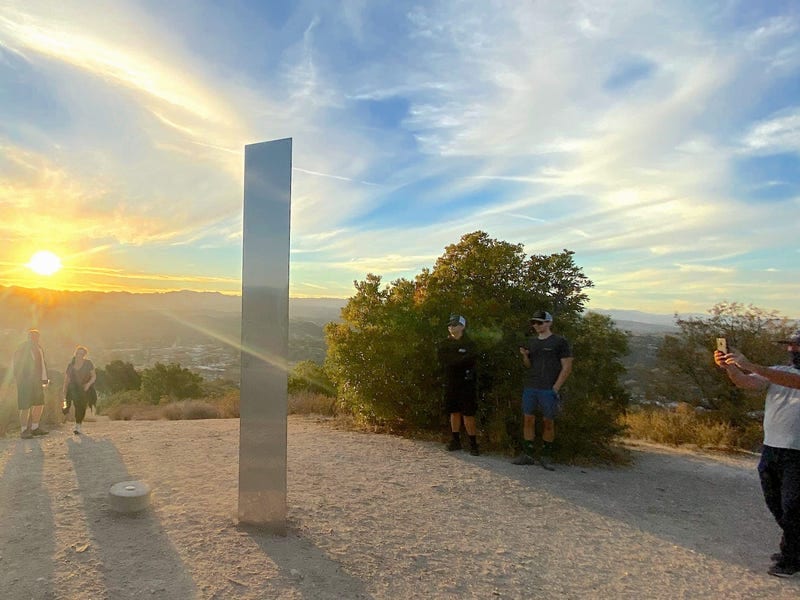 The 4th mysterious structure was found in the Netherlands, covered in snow and surrounded by a small pool of water. According to the hikers, there are no traces of how it got there. There are no footprints which could indicate whether someone placed it there intentionally.

The reasons still remain unclear. Is it actually the work of some aliens? Or is it a very well thought out prank? Or a tribute to Stanley Kubrick’s 1968 film “2001: A Space Odyssey”? Hopefully, we will get to know soon! Stay tuned for more updates.

The Mystery of the Monoliths: Possible Alien Life?