AMD Ryzen 9 5900HX is An Overclockable Laptop Chip, According To A New Leak

AMD’s next-gen laptop Chip, the Ryzen 9 5900HX was recently spotted online, garnering much excitement as these are reportedly overclockable. The naming scheme of this chip theoretically puts it on par with Intel’s ‘HK’ naming conventions for its mobile CPUs which allow for overclocking, enabling the user to eke out that extra bit of performance. This Ryzen 9 5900HX chip was highlighted by hardware leaker Tum_Apisak, who found the chip on Geekbench’s database. This chip belongs to the ‘Cezanne’ family.

Going by the Geekbench result, the 5900HX will be an 8-core and 16-thread CPU clocked at 3.30 GHz with boost clock going up to 4.60 GHz. The chip will have 16MB L3 cache, double than that of the 4000 series mobile processors. It is not currently known what the ‘X’ suffix in the name stands for, but according to Tom’s Hardware, it could be the chips that can be overclocked, or better performing chips with higher clock speeds. 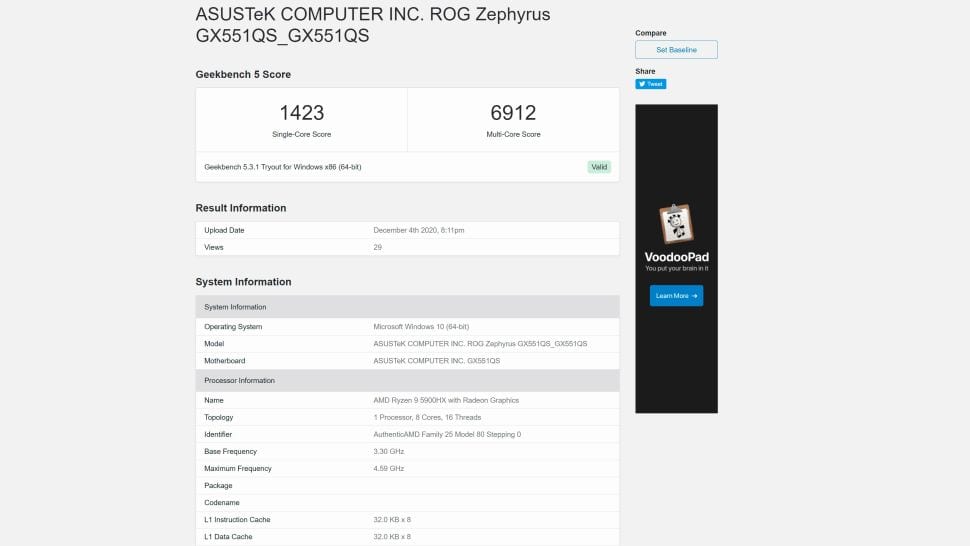 As for the Geekbench performance result, the Ryzen 9 5900HX achieved 1,423 in the single-core test, which is around 30% faster than the 4900HS. Although, the multi-core results were a little odd, as the new chip performs lower than the 4900HS, indicating that these results should be taken with a grain of salt. Looking at how the 5900HX pulled ahead of the 4900HS in single-core, the multi-core result seems to be bugged.

These results are really promising, as this potentially means that the new 5000 mobile chips from AMD could wield their latest Zen 3 architecture that has been proven to provide significant IPC (Instructions Per Cycle) improvements in comparison to Zen 2. 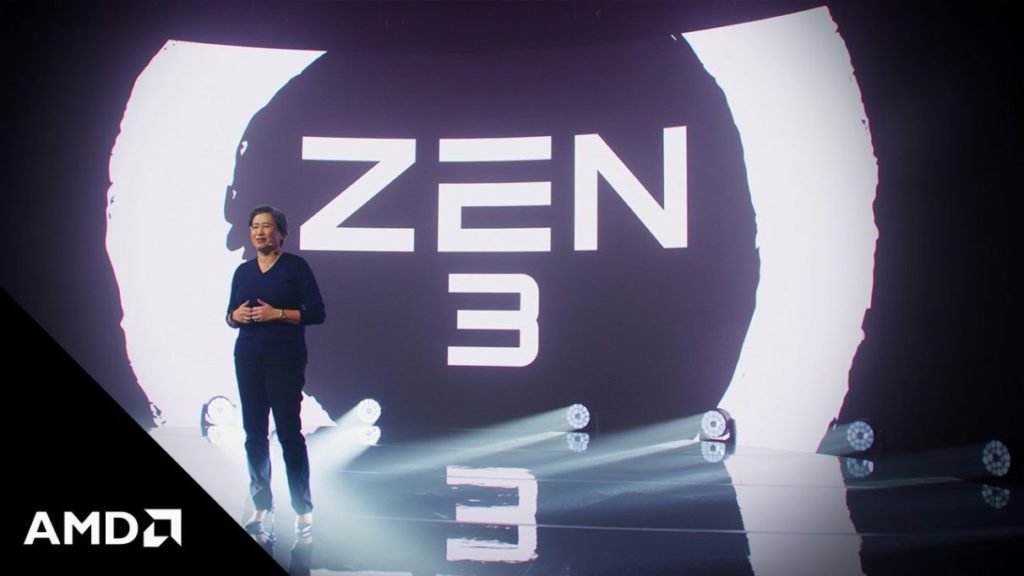 Anyways, it is not long before we get to see these chips officially out, as it is expected that AMD will launch the mobile 5000 series of chips at CES in January next year.

AMD Ryzen 9 5900HX is An Overclockable Laptop Chip, According To A New Leak