Spotify gets Stories – Testing it with Some Big Artists

It’s 2020 and every social media app out there has this one feature known as Stories. Having Twitter and LinkedIn jumped on this wagon, how Spotify can be left out? In a recent development, the music streaming company has started testing out its own take on stories, in association with some major music artists.

Spotify’s take on stories is a little different- Instead of everyone being able to share content, it just allows artists or music labels to share content on the stories to connect with their audience.

Spotify has stories to tell

This has got to stop pic.twitter.com/xsurbrJblx

Recently, a Youtuber who goes by the pseudonym TmarTn discovered the new feature while looking for Christmas music. He found the story in the Christmas Hits playlist curated by music streaming giant, hinting to him that he could “tap to see the story”. The stories had some of the big music artists sharing their favourite Christmas music including Jennifer Lopez, Kelly Clarkson, and Pentatonix.

The UI of Spotify’s stories is just like other apps. There’s a bar at the top giving you an idea of how many stories there are, and you can just press left or right to go back or skip the story just like any other app. 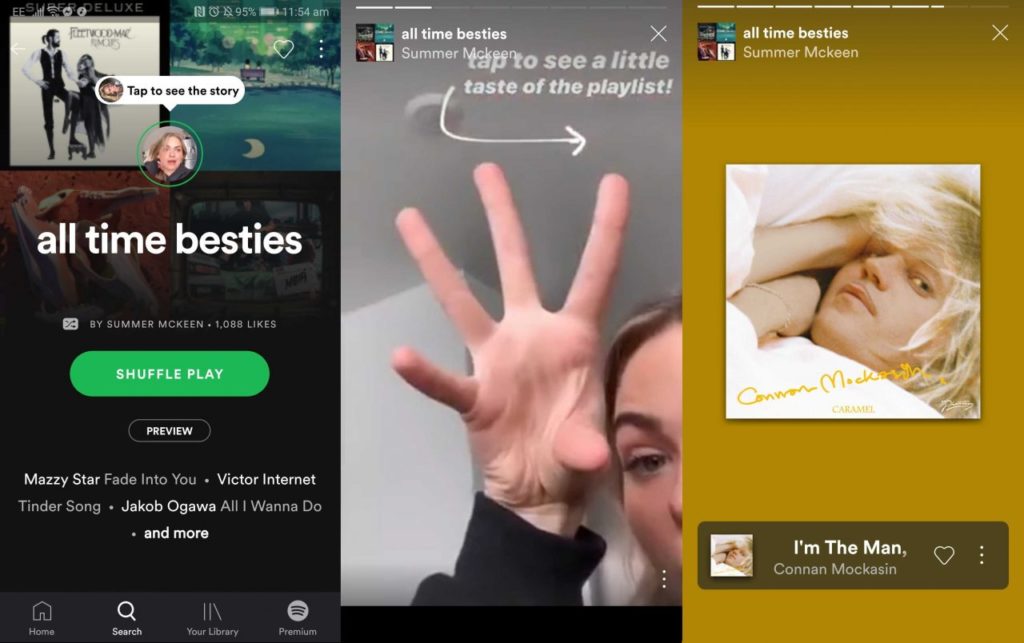 Users have also spotted on some other playlists but we are not sure of what playlists they are. But we expect that Spotify is currently toying around with playlists curated by the music streaming service itself.

Spotify has been working on the stories from more than a year now and earlier this year it started testing out the feature with few selected artists.

“At Spotify, we routinely conduct a number of tests in an effort to improve our user experience,” a Spotify spokesperson said in a statement to Endgadget.

Spotify confirmed to Endgadget that the company is currently testing out this new stories feature, and there’s no word on whether it’ll make the cut for the public or not.

Spotify gets Stories – Testing it with Some Big Artists