A Triple Crater Found on Mars Through New Images

A crater is formed by the impact of some solid object striking a planet’s surface or a moon. They can be found everywhere in the solar system, and most of the craters are thought to have formed in the early days when our neighborhood resembled a shooting gallery more than anything. The celestial bodies nearest to Earth are all dotted with craters that speak of a time when our Solar system looked a lot different. Mars, for example, has 43,000 impact craters larger than 5 kilometers. 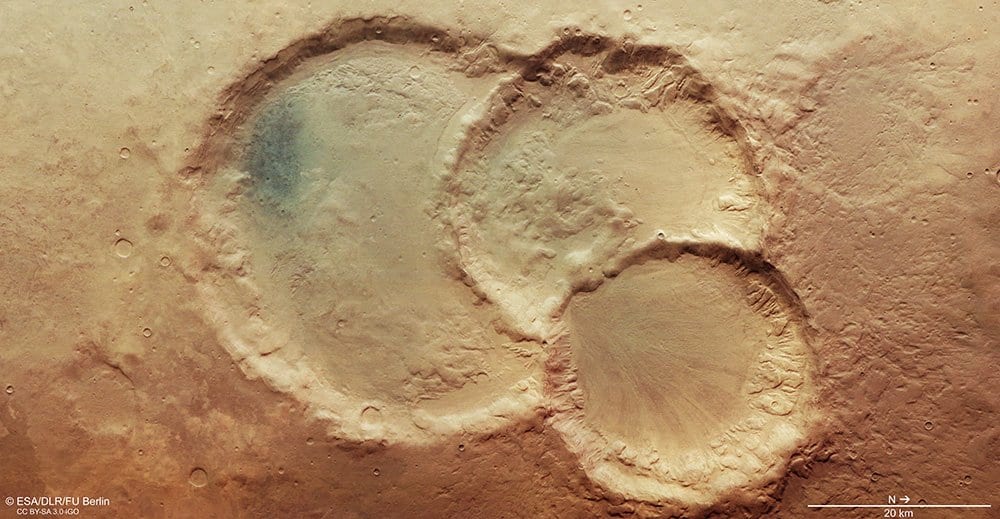 Adding to this large list of depressions in the Martian surface, researchers have discovered a Triple Crater that has been formed due to the overlapping of three basins. The discovery has been made in the Martian highlands of Noachis Terra. This region is thought to have been heavily bombarded by asteroids about 4 billion years ago. The newly discovered basins are not that big compared to some of the biggest ones found on Mars. The smallest one is 28 kilometers wide, which pales when compared to some other craters that can span up to 140 km (87 miles) in diameter.

The largest of the basins is about 45 km across. The triplet has captivated astronomers from around the world as they rally to find an appropriate explanation for the existence of such a thing. There is no clear consensus on whether one or more collisions created this. One theory suggests that it might be the result of an incoming projectile splitting into three; however, the well-defined boundaries between the depressions are a good counter for that argument. Double and Triple basins are rare, but they can be found in many places, including Earth. Some say that the formation of double craters could be double asteroids, which are rare but a plausible explanation. 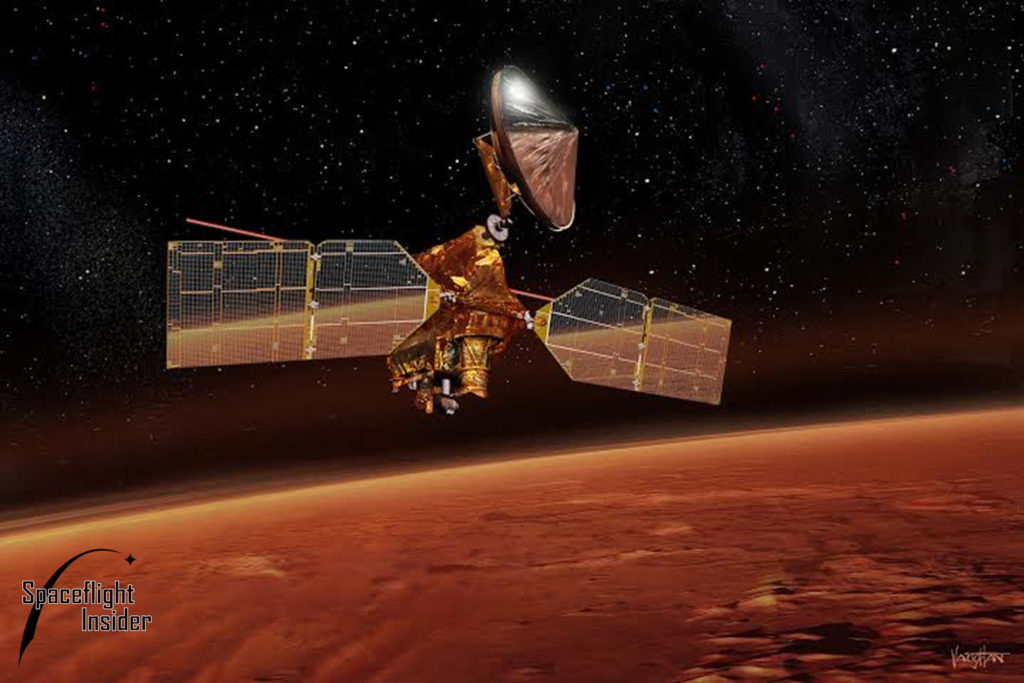 There is still no clear explanation as to how a triple crater could form on the Martian surface. What some researchers argue is that the craters could be a result of extreme coincidence. It is possible that at three different points in time, asteroids could have struck that region and each time, adding one of the neatly overlapping basins that we see today on the surface. Given the rate of bombardment that this region once had, it is an explanation that has a high likelihood of being true.

If the other theory is true, and an impactor did break into three before hitting the surface of Mars, it could prove that Mars once had an atmosphere that was hard to penetrate. Does that indicate the presence of warmth and humidity? It could, but right now, we do not have many means to ascertain that fact.

A Triple Crater Found on Mars Through New Images