Archaeologists from The Australian National University have made a groundbreaking discovery in Indonesia which reveals secrets from 8000 Years Ago.

The team has discovered an ancient child Burial site located in Gua Makpan, Alor Island, Indonesia which is dated to the early mid-Holocene era. Burying a child is no doubt an unfortunate and depressing event in any century, but this discovery has provided some invaluable insight on early mid-Holocene era cultural and burial practices.

The Holocene era is the current geological Period. It began approximately 11,700 years BP (before present), at the end of the Pleistocene era. It is the second epoch in the Quarternary period, first being the Pleistocene (2.588 million years ago to 11.7 thousand years ago). The Holocene epoch has been identified with the current warm period known as MIS 1 (Marine isotope stages) and is believed to be an interglacial period by some. 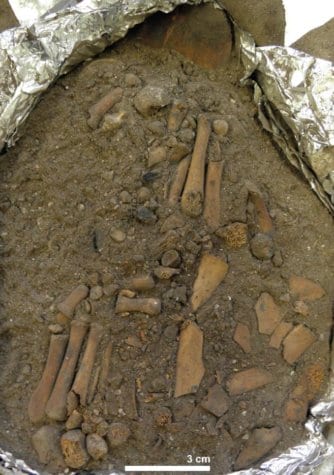 In the discovered burial site, the child was laid to rest with a formal ceremony of some kind, according to the lead researcher Dr Sofia Samper Carro. The child’s age is estimated to be between four and eight-years-old at the time of burial, according to the study.

“Ochre pigment was applied to the cheeks and forehead and an ochre-coloured cobblestone was placed under the child’s head when they were buried,” Dr Carro says in a university release. “Child burials are very rare and this complete burial is the only one from this time period,”

“From 3,000 years ago to modern times, we start seeing more child burials and these are very well studied. But, with nothing from the early Holocene period, we just don’t know how people of this era treated their dead children. This find will change that.”

What is strange is that before the burial, the arms and legs of the child appear to have been removed and stored somewhere else. According to the researchers, this act is not uncommon, but this is the first time they have observed this in a child’s burial. Researchers have previously discovered similar acts of bone removal in adults who were buried on the islands of Java, Borneo and Flores around a similar time period. 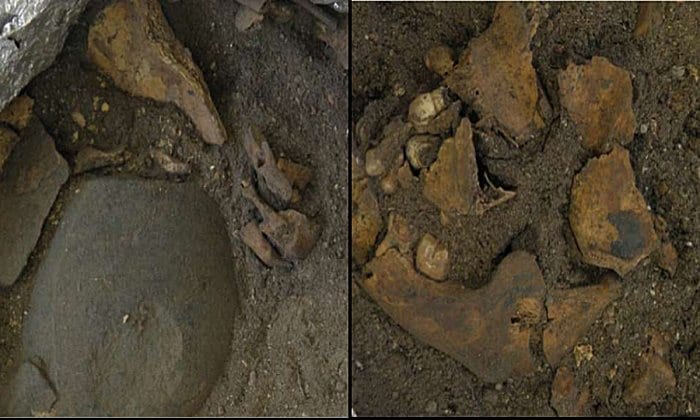 Why did they remove the arms and legs before burials?

Researchers don’t exactly know why ancient cultures removed the arms and legs of individuals before burials, but they believe it could be based on some form of religious or spiritual beliefs. “We don’t know why long bone removal was practised, but it’s likely some aspect of the belief system of the people who lived at this time,” says Carro. What those people did to the bones remains unclear. It is a possibility that they buried the bones separately.

The teeth examinations of the child buried raised another question as to why the child had the teeth of a six to eight-year-old but the skeleton of a four to five-year-old. Previous research done by Dr Carro revealed that adult skulls were also small. The diet of these hunter-gatherers living on Alor Island mostly consisted of marine foods which may have affected growth. Evidence suggests that protein saturation from a single source of food can lead to malnourishment. 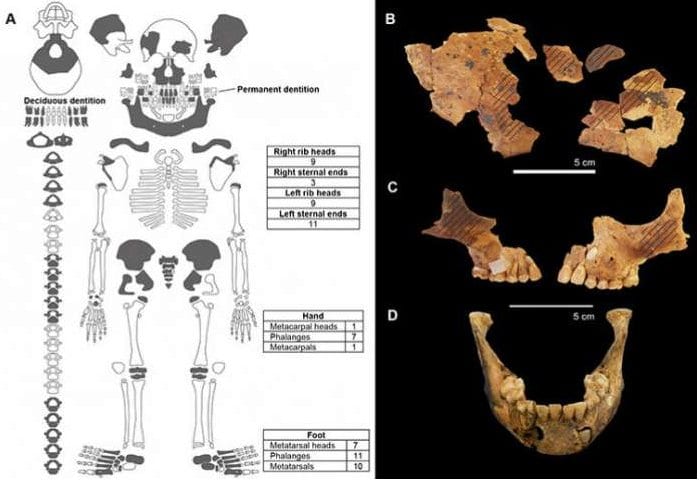 “We want to do some further paleo-health research to find out if this smaller skeleton is related to diet or the environment or possibly to being genetically isolated on an island,” Dr Carro commented.