OnePlus Nord N10 5G and N100: Earlier this year Oneplus forayed into the mid-range smartphone segment with the launch of its new lineup “Nord”. Now, with two more Nord smartphones, OnePlus is expanding its midrange portfolio to North America and Europe. 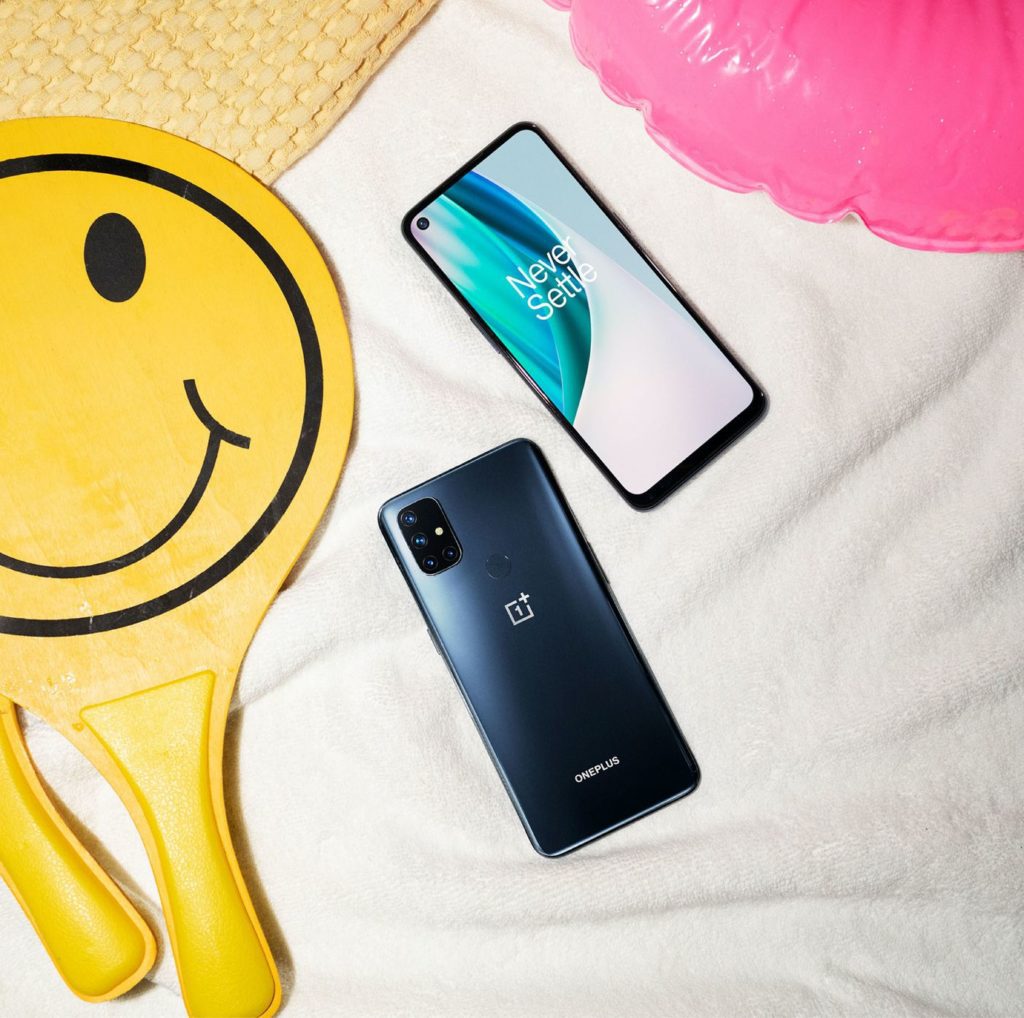 The Nord N10 5G is basically the original Nord, but with few tradeoffs for a cheaper price tag. The N10 5G packs a 6.49-inch LCD display with an FHD+ resolution and a 90Hz refresh rate. Since there’s no OLED, this time around, the fingerprint sensor has also moved to the back.

The N10 5G draws power from Qualcomm’s Snapdragon 690, which is coupled with 6GB of RAM and 128GB internal storage. The Snapdragon 690 feature’s Qualcomm X51 modem which makes it compatible with sub-6 5G. It is backed up by a 4,300 mAh battery which can be charged with the Wrap Charge 30T charger provided in the box.

There is a triple camera setup at the back which consists of a 64MP main sensor with a 119-degree ultra-wide lens coupled with a dedicated macro and monochrome sensor along with a LED flash housed in a rectangular camera module. On the front, there is a single 16MP sensor instead of the dual-camera setup found on the former Nord.

The N10 also gets the stereo speakers and the 3.5 mm audio port makes a comeback after the OnePlus 6 in this smartphone. Besides this, the 128GB internal storage can be expanded up to 512GB via a microSD card.

Also Read: OnePlus Smartphone Codenamed ‘Lemonade’ is in the works

The Nord N100 is the cheapest of all the OnePlus smartphones starting at €180. The Nord N100 packs in a 6.52” LCD having an HD+ resolution and standard 60Hz refresh rate. The N100 is powered by the Snapdragon 460 SoC coupled with 4GB RAM and 64GB internal storage. Just like the N10 5G, it has internal storage and a rear-mounted capacitative fingerprint sensor. There’s a larger 5000mAH battery which can be charged at 18W through the USB C port.

At the back, it has a triple camera array, but the pricing reflects here since it consists of a 13MP sensor along with a depth sensor and a macro shooter. Moreover, there’s an 8MP sensor for selfies at the front.

Both the Nord N10 5G and N100 will be going on sale in Europe while it will be available in North America shortly. OnePlus hasn’t commented on the availability in other regions and we don’t really expect it to come to India.