NASA Touches Down on An Asteroid Successfully

NASA, as an organization, has been known to do things that seem right out of science fiction books. From landing the first men on the Moon to sending the first probe out of the Solar System, their list of achievements is too long to be listed here. Nasa has been pushing the envelope of space exploration farther out ever since its inception and is responsible for many of the modern achievements that we know of. Adding to this list of achievements, the scientists at NASA have successfully landed a spacecraft on an Asteroid.

NASA has successfully landed the probe.

While we have limited information about what exactly happened up there, NASA has confirmed that the touchdown did happen, and hopefully, the probe will suck out a sample of dust and rock from the surface. The asteroid called Bennu was the target of this Mission. The mission was a collaboration between NASA and Lockheed Martin as the engineering partner. The people sitting 200 million miles away from the asteroid instructed a probe to land on it successfully. The probe has been preprogramed to collect samples from the surface of the asteroid within just 5 to 10 seconds of landing on it.

The spacecraft is known as OSIRIS-Rex (Origins, Spectral Interpretation, Resource Identification, Security-Regolith  Explorer) and completed the whole operation on Tuesday. The confirmation signal reached Earth at 6:11 PM ET, 18 minutes after the actual touchdown. The researchers who were behind this mission were ecstatic. The mission in itself was very hard to pull off, and the very fact that NASA was able to pull off such a mission in one try is extremely impressive. Now the researchers are going to determine whether the scientific aspect of this mission was a success or not. 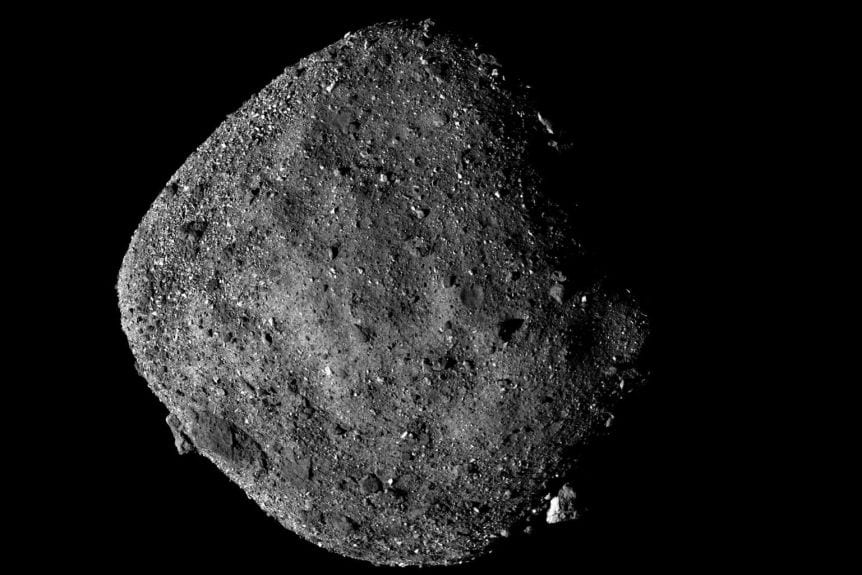 The asteroid Bennu can hit Earth in the 22nd century.

This might be one of the most ambitious missions NASA has undertaken because of how hard and informative it can be. The samples brought back from the asteroid can be used to draw inferences about our Universe as Asteroids are ancient rocks that have been wandering around in our Solar System ever since its birth.

NASA Touches Down on An Asteroid Successfully