A NASA (National Aeronautics and Space Administration) resupply Spacecraft named in honour of late astronaut Kalpana Chawla has been launched to the International Space Station (ISS). The spacecraft, a Northrop Grumman Cygnus along with Antares rocket for NG-14 mission was launched from the Mid-Atlantic Regional Spaceport (MARS) at NASA’s Wallop’s Flight Facility in Virginia on October 2 at 9:16 p.m. EDT. The flight carried nearly 8,000 pounds (3,551 kg) of scientific investigations, technology demonstrations, commercial products, and other cargo.

Welcome to the @Space_Station, Kalpana Chawla!

Today we received #Cygnus #NG14 spacecraft named after Kalpana Chawla, the first astronaut of Indian origin launched into space but died in the Shuttle Columbia disaster. Like last time, @Astro_SEAL and me captured the spacecraft pic.twitter.com/jMttWfj4TS

Expedition 63 commander Chris Cassidy of NASA and Flight Engineer Ivan Vagner spent Monday morning monitoring Cygnus approach and rendezvous following its Friday night launch. Cassidy gave the command for the Canadarm2 robotic arm to reach out and capture Cygnus at 5:32 a.m. EDT. Mission controllers then took over the Canadarm2 and remotely installed Cygnus to Unity about an hour-and-a-half later. 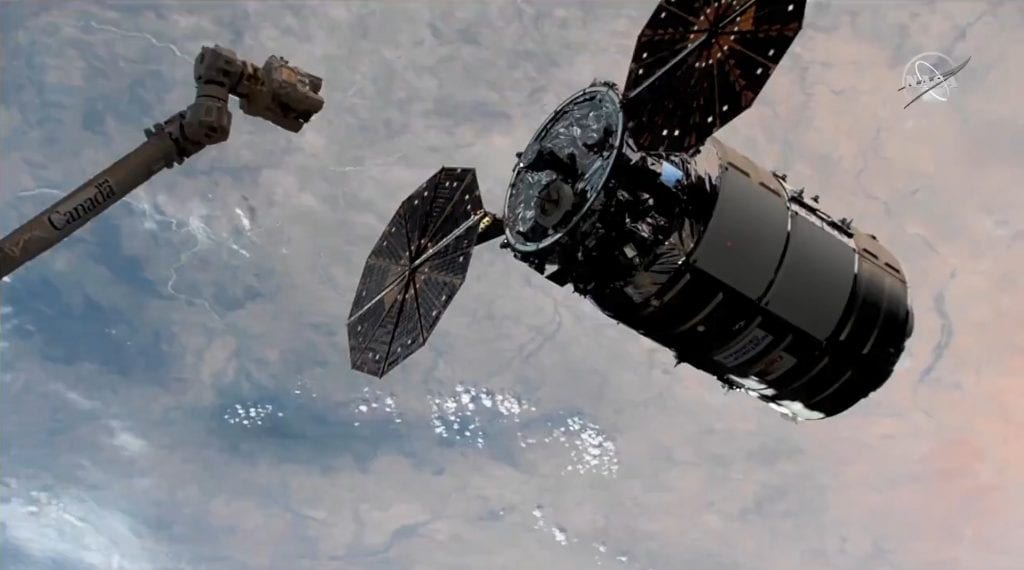 The Canadarm2 operated by astronaut Chris Cassidy moves toward the Cygnus resupply ship for its capture.

“It is the company’s tradition to name each Cygnus after an individual who has played a pivotal role in human spaceflight”, Northrop Grumman said in a statement released on 8 September 2020. “Chawla was selected in honour of her prominent place in history as the first woman of Indian descent to go to space”.

Born in Karnal, India, on March 17, 1962, Kalpana Chawla was the first Indian origin woman to go to space. She moved to the United States in 1982 to earn her master’s and doctorate degrees in Aerospace Engineering from the University of Texas in 1984 and the University of Colorado in 1988 respectively. In 1988, she began working at NASA’s Ames Research Center. She died on February 1, 2003, in the Space Shuttle Columbia disaster, along with her other six crew members, when the Columbia disintegrated over Texas during re-entry into the Earth’s atmosphere.

“The path from dreams to success does exist. May you have the vision to find it, the courage to get on to it, and the perseverance to follow it.” – Kalpana Chawla 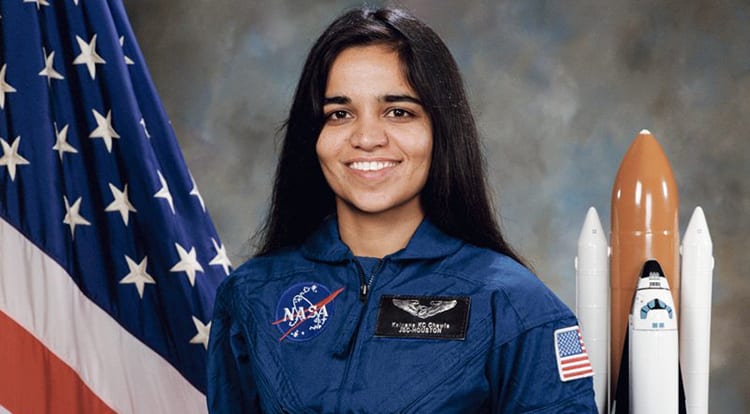 The US spacecraft is delivering a cargo of 3,551 kg of research, hardware, and crew supplies. After the vehicle is secured, the crew members will click pictures of the vehicle to record its arrival condition before unloading the newly delivered cargo, said NASA. After the successful removal of the cargo, Cygnus will serve as an extended lab to the International Space Station.

Cygnus will include testing of drugs based on messenger ribonucleic acids (mRNA) for treating leukaemia. “Researchers expect any drugs that also demonstrate this trait in microgravity could make good candidates for safer, more effective, and affordable medicines to treat leukaemia and other cancers. This could improve survival rates for thousands of people every year”, according to NASA. Along with this, there will also be a study that will cultivate radishes to see how different light and soil erosions affect growth. The findings could help optimize the growth of plants in space, as well as provide an assessment of their nutrition and taste. 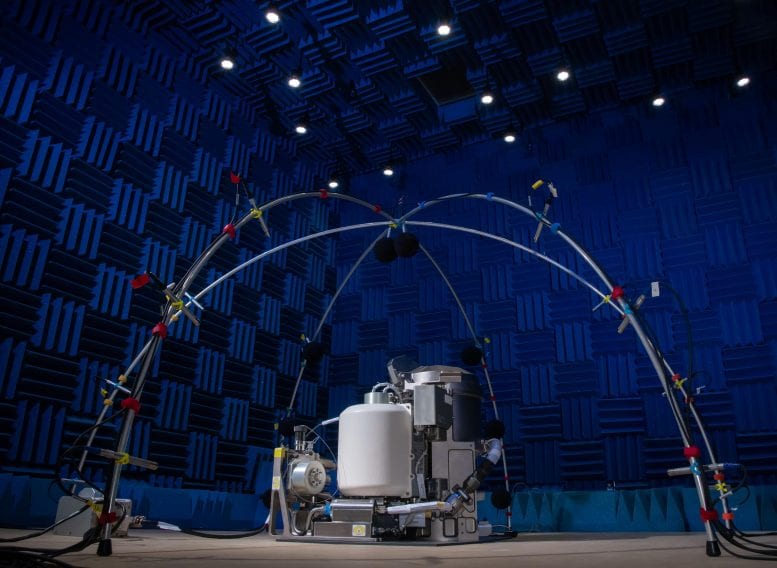 A $23 million titanium space toilet is also onboard. It weighs barely a 100 pounds (45 kilograms) and is 28 inches (71 centimetres) tall. To better accommodate women, NASA has tilted the seat on the new toilet and has made it taller. It is 65 per cent smaller and 40 per cent lighter than the one currently in use.

“A big part of our project was optimizing the use of the toilet for the female crew”, said Melissa McKinley, a NASA project manager. “Nasa spent a lot of time working with the crew members and doing evaluations to improve the use of the commode seat and the urine funnel to make it more accommodating to use by female crew members,” she said.

The International Space Station Experience (ISS Experience) is also creating a virtual reality series using a customized 360-degree camera which will be mounted to the Canadarm2 to capture a spacewalk from start to finish as well as footage of Earth and the exterior of the space station.

Another investigation called Ammonia Electrooxidation examines a process for ammonia oxidation in microgravity. “An electrochemical ammonia removal system could serve as an innovative water recovery system on long-duration missions to the Moon and Mars and provide vital drinkable water in remote and arid areas on Earth”, according to NASA. 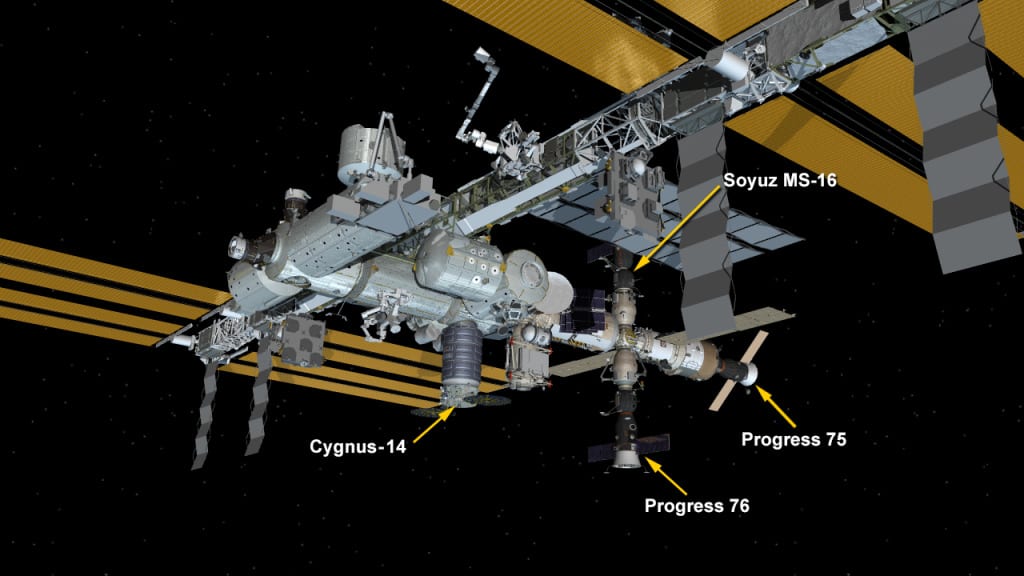 Cygnus is scheduled to remain at the space station until mid-December, as per NASA. Following its departure, Saffire-V experiment will be conducted, which is meant to better understand how large-scale fires behave in space. The spacecraft was launched on an Antares 230+ rocket, parts of which have been built by Yuzmash factory in Ukraine.

The SS Kalpana Chawla Cygnus spacecraft is developed by Thale Alena Space in Turin, Italy and has a composition of a pressurized cargo module. It consists of two solar arrays, navigation equipment and propulsion element.