OnePlus’ next flagship Oneplus 8T is all set to arrive on October 14, but the internet is full of loads of leaks and rumors giving out new pieces of information about the 8T and this time we have a bunch of renders from case maker Case-Mate revealing the back of the OnePlus 8T. 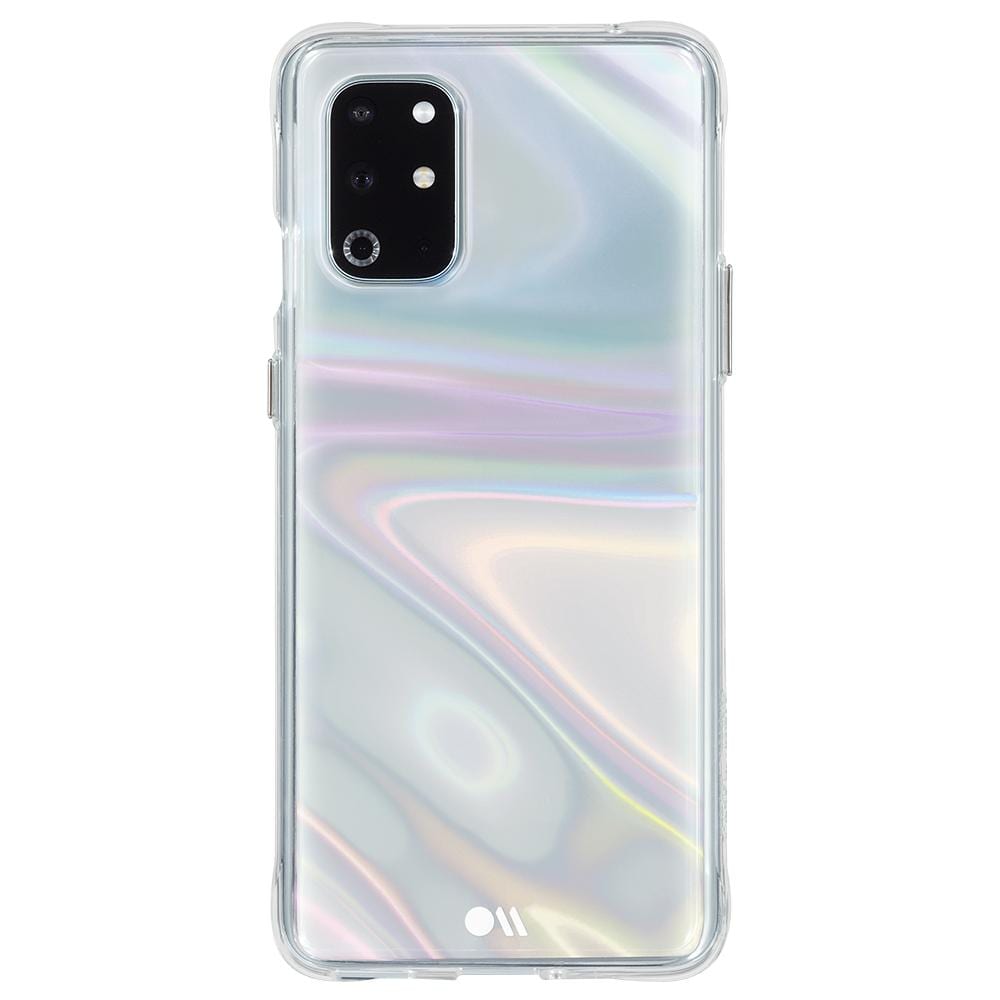 The images available on the website look more like real images of OnePlus 8T as opposed to the renders. The phone is placed inside Casemate’s Soap Bubble case which rules out the possibility of guessing the color of the phone but we do get a look at the new camera module which is totally different from what we’ve seen in any OnePlus phone.

Since OnePlus 6, OnePlus phones have been featuring a center-mounted camera module but the listing shows 8T featuring a rectangular module at the top left corner which is totally contradicting OnePlus itself since at the time of launch OnePlus said that they want to keep their smartphones offering streamlined by following the same design language. 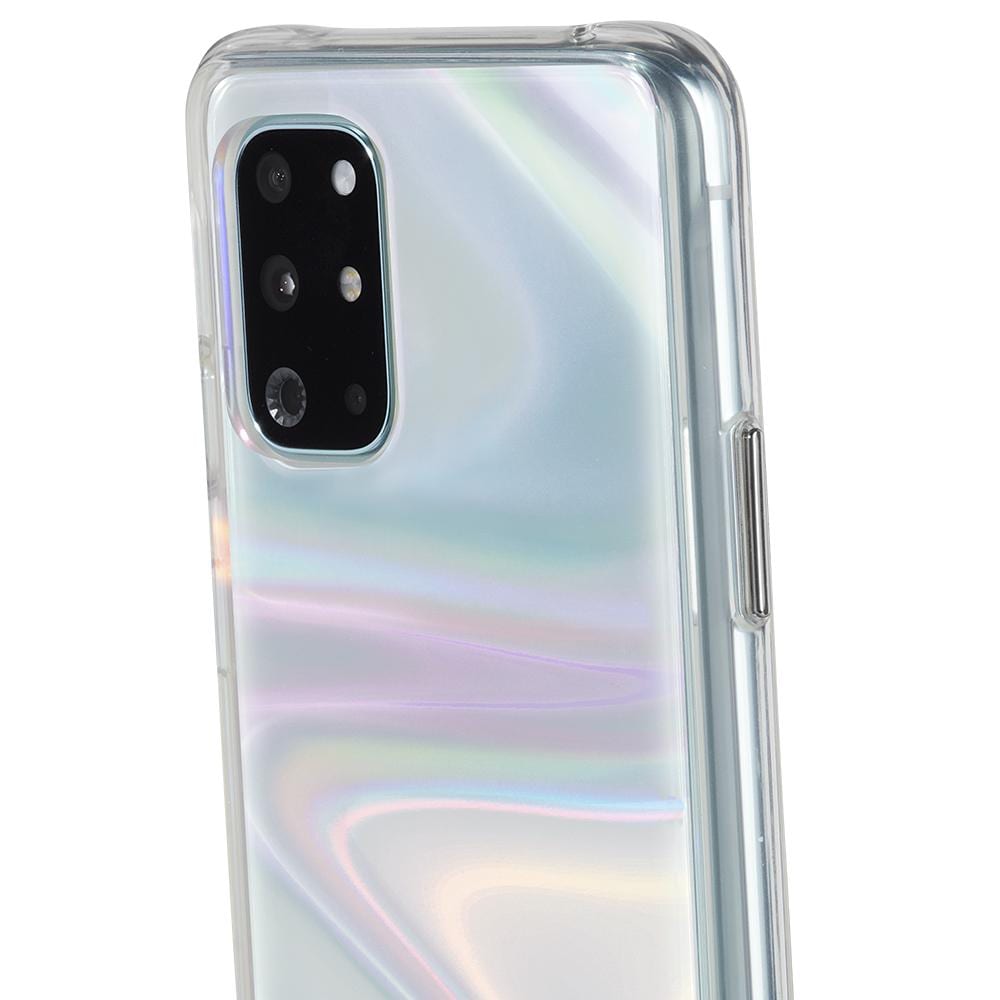 Speaking of cameras, there’s an ultra-wide angle lens on top, the main Sensor below it, and a macro lens in the end with a depth sensor in right of it. The cameras are complemented by dual-LED flash.

If we go with the previous leaks then the main sensor is supposed to be a 48MP sensor while the 16MP sensor will be topped by an ultra-wide angle lens and there will be a 5MP macro and 2MP depth sensor.

One of the interesting details which can be picked up from these images is the diamond-like ring around the alleged macro lens which could be a ring flash but the listing or any other report doesn’t suggest that so it just could be a subtle design element.

Apart from the camera module, we get the first look at 8T’s button placement, and which is the same as the OnePlus 8. The power button and the notification slider are on the right whereas the volume rocker is on the left of the phone. 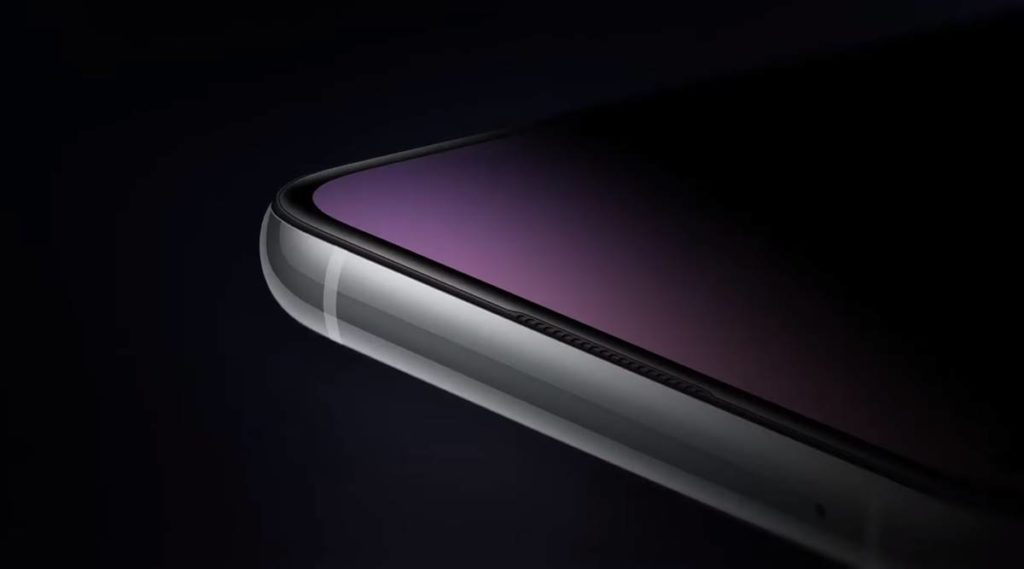 OnePlus 8T is all set to sport a 120Hz OLED panel and support 65W charging as confirmed by OnePlus. Several reports suggest that the display is going to be 6.55-inch and it will be powered by the Snapdragon 865 not the Snapdragon 865+.

OnePlus has also teased that the OnePlus 8T will be featuring a new ultra-wide angle front-facing camera which is obviously going to be punched in the display but will be an upgrade to the long-running 16MP front-facing sensor that OnePlus has been using since the OnePlus 3.

The OnePlus 8T is going to be the sole device in the T lineup this year, with OnePlus confirming no “Pro” variant in the 8T series. OnePlus acclaims the 8 Pro is already a complete flagship, and according to the company’s founder, Pete Lau, and there is no room for an upgrade in the 8 Pro so OnePlus wants people to go for the OnePlus 8 Pro if they are looking for a true flagship.

The listing was first spotted by Phandroid.