Flowers Adapt to Climate Change by Altering Their Colour

To keep up with environmental changes, flowers across the world are changing their colours. New research published in the journal Current Biology led by scientists from Clemson University, shows how the colour of flowers has responded to the rapid degradation of the ozone layer over the past 75 years.

What to wear: outfit ideas for Christ…
What does jackfruit taste like - love…
How To Make A DIY Nature Mandala Craf…
14 Super Chic Dressing Room Decor Ide…
Toto Releases New Video “You Are The …

The paper, ‘Floral pigmentation has responded rapidly to global change in ozone and temperature’, discusses how changes in flower colour can affect the behaviour of Ultraviolet (UV) pigments in their petals that help them identify patterns not visible to human eyes. The authors of the paper include Matthew Koski, Department of Biological Sciences, Clemson University, Drew MacQueen of the University of Virginia, and Tia-Lynn Ashman of the University of Pittsburgh. 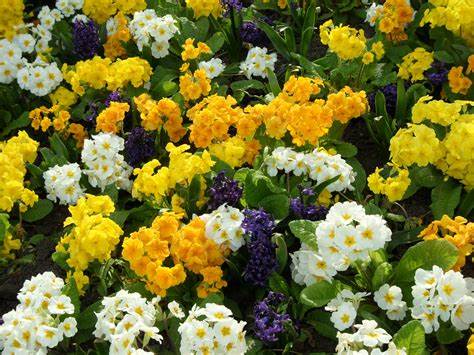 UV pigments change over time due to change in climate

The UV pigments in flowers are invisible to human eyes, but they can attract pollinators and can also act as a sunscreen for plants, says Matthew Koski, the lead author. Just like its impact on humans, the UV radiation can be harmful to the flower’s pollen. The more UV absorbing pigment the petals contain, the less harmful UV radiation can reach the sensitive cells.

Matthew Koski and his colleagues previously found that flowers growing at higher elevations and closer to the equator, which are areas with very high UV radiation, had more UV pigment in their petals. He then wondered if temperature changes and damage to the ozone layer, both being results of human activities, can influence the UV pigmentation.

To find out, Koski and his team observed plants collected from herbariums that included 1,238 flowers from 42 different plant species. The plant collections were from North America, Europe, and Australia, from 1941-2017. They used a UV sensitive camera to photograph the UV pigments in the petals of the same species collected at different times throughout their natural range. 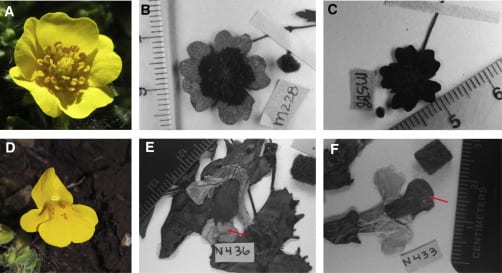 Their findings show that on average, pigments in flowers have increased by 2% every year from 1941 to 2017. However, changes also varied depending on their structure. Flowers with a saucer-shaped structure like buttercups, that have exposed pollens, increased their UV-absorbing pigment when ozone levels went down and reversibly decreased pigment when ozone levels went up. On the other hand, flowers with pollens concealed within their petals, like bladderwort, decrease their UV absorbing pigment as temperatures rise regardless of whether ozone levels changed.

Plant biologist at Harvard University, Charles Davis, who was not a part of the study says that although the results are surprising, they make total sense. Flowers who hide their pollens within their petals naturally protect them from harmful UV exposure, but at the same time, it can also act like a greenhouse, trapping heat.

He added, that when these flowers are exposed to higher temperatures, their pollens are in danger of being cooked. Reducing the amount of UV pigment in the petals causes them to absorb less solar radiation, which brings down the temperature.

Although the human eye cannot see these UV pigment changes, they stand out among pollinators like bees and hummingbirds. Koski says pollinators prefer flowers with bull’s eye pattern, i.e. UV-reflecting petal tips and UV-absorbing pigments near the centre of the flower. The scientists don’t fully understand why, but they think it could help in distinguishing the flowers from the UV-absorbing background of other plants. 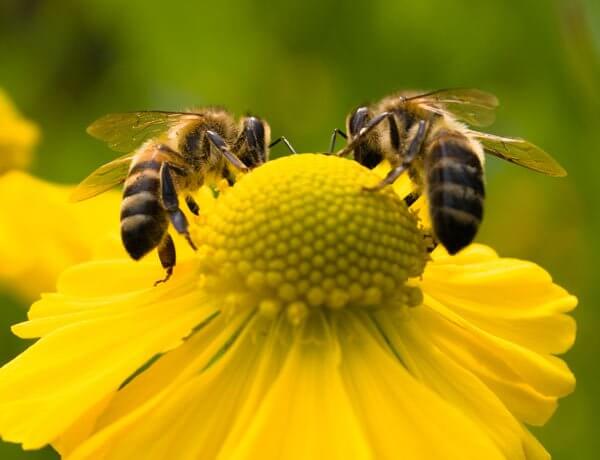 Koski says, flowers with less pigment may be more attractive to pollinators, but those with dialed up UV pigments could lose that contrast, hence making them less appealing to pollinators. Davis says that these pigments might protect the pollen, but in return, the pollinators might miss them.

This post first appeared on TechQuila, please read the originial post: here
People also like
What to wear: outfit ideas for Christmas & summer
What does jackfruit taste like - lovelcute
How To Make A DIY Nature Mandala Craft
14 Super Chic Dressing Room Decor Ideas
Toto Releases New Video “You Are The Flower” From ‘With A Little Help From My Friends’
How To Get Rid of Ticks in the Yard – 8 Steps
Affiche Naoshima
Zoom Meet
Worldbuilding for Multiple Alternate Universes Part 3 - What Makes an Idea Too Crazy

Flowers Adapt to Climate Change by Altering Their Colour