Researchers have identified a new class of molecules in the venom that makes the sting of one of the most venomous plants of Australia so painful, according to a study published in the Science Advances journal. A team of researchers from the University of Queensland have found that these dangerous plants can inject a person with chemicals much like those found in the stings of spiders, scorpions and cone snails. 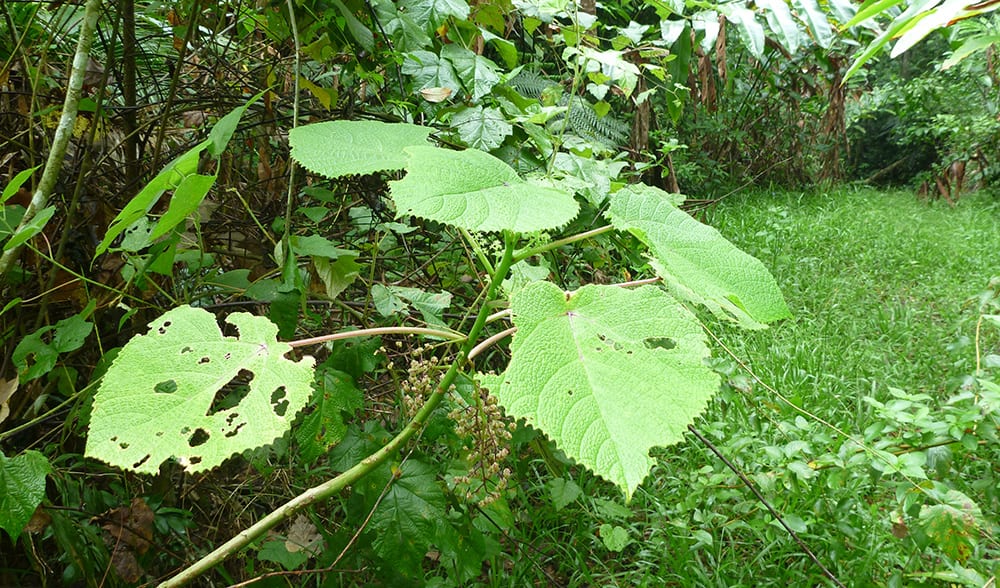 Dendrocnide Excelsa, also known as Gympie-Gympie (in the language of the Indigenous Gubbi Gubbi people), and giant Stinging Tree, is a rainforest tree of eastern Australia and is very common at Dorrigo National Park and other rainforest walks in eastern Australia. It is a member of the nettle family and can affect people who come into contact with it. It is a medium to a large-sized tree with some specimens growing to 35 metres tall along the slopes and gullies of eastern Australian rainforests.

The plant is covered in stiff epidermal hairs, called trichomes. When a passer-by brushes against the tree, even for just a split second, it is enough to induce pain for hours or days or in some cases, for weeks.

A Gympie-Gympie sting feels like fire at first, then subsides over hours to a pain reminiscent of having the affected body part caught in a slammed car door. A final stage called allodynia occurs for days after the sting, during which innocuous activities such as taking a shower or scratching the affected skin reignites the pain. 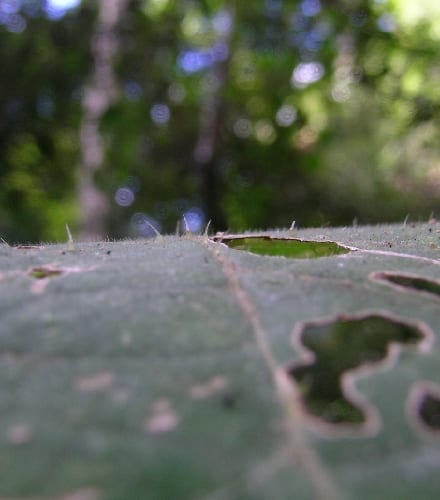 Stinging hairs on the leaf’s surface

Earlier research on Dendrocnide moroides discovered a molecule called moriodin, that was thought to cause pain. However, experiments injecting human subjects with this molecule did not induce the distinct series of painful symptoms seen with a full Dendrocnide sting. “The inability to replicate the remarkable severity and extended duration of the pain with the small-molecule mixture suggests the presence of unidentified neurotoxins and inspired our investigation into the pharmacological basis of pain induced by the giant Australian stinging tree”, the paper notes.

The researchers studied the stinging hairs from the giant Australian Stinging tree. Taking extracts from these hairs, they separated them into their individual molecular constituents. When tested in the laboratory, one of these separated fractions caused notable pain responses. They found that it contained a small family of related mini-proteins significantly larger in size than moroidin.

This was followed by an analysis of all the genes expressed in the Gympie-Gympie leaves to determine which gene could produce something with the size and fingerprint of the mystery toxin. As a result, the team discovered molecules that reproduce the pain response even when made synthetically in the lab and applied in isolation. The genome of Dendrocnide moroides also turned out to contain similar gene encoding toxins. These researches named these previously unknown peptides as gympietides. 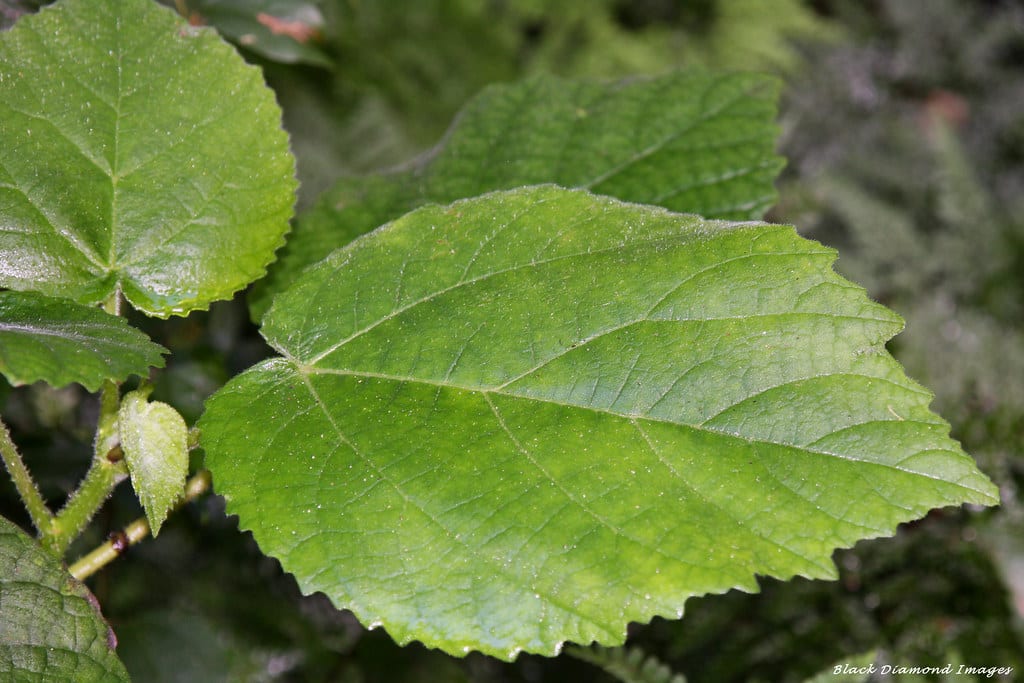 The gympietides have an intricate 3D structure that is kept stable by a network of links within the molecule that form a knotted shape. This makes it highly stable, meaning it likely stays intact for a long time once injected into the victim. Indeed, there are anecdotes reporting even 100-year-old stinging tree specimens kept in herbariums producing painful stings.

“Gympietides are similar to spider and cone snail toxins in the way they fold into their 3D molecular structures and target the same pain receptors,” said Vetter. “This arguably makes the Gympie-Gympie tree a truly ‘venomous’ plant.” The gympietides interfere with an important pathway for conducting pain signals in the body, known as voltage-gated sodium ion channels. In a cell affected by gympietides, these channels do not close normally, which means the cell has difficulty in turning off the pain signal.

The authors of the paper, all of them Dendrocnide victims, hope that their research encourages further study into developing a gympietide antidote. “By understanding how this toxin works, we hope to provide better treatment to those who have been stung by the plant, to ease or eliminate the pain,” said Vetter.