AMD’s RX 6000 “Big Navi” is right around the corner, and people in the technology press have several rumours to serve up to their readers. Starting with the reveal of NVIDIA’s Ampere GPU’s, the RTX 30 series, we started to also hear what AMD might bring to combat them with their new GPUs.

Officially, AMD has revealed the cooler design of one unspecified RX 6000 series GPU, as well as the date of the unveiling: 28th October. So we have a month before we see any official details from AMD, but leaks are very common before pretty much any product launch in our day and age, and we have quite a few to share. 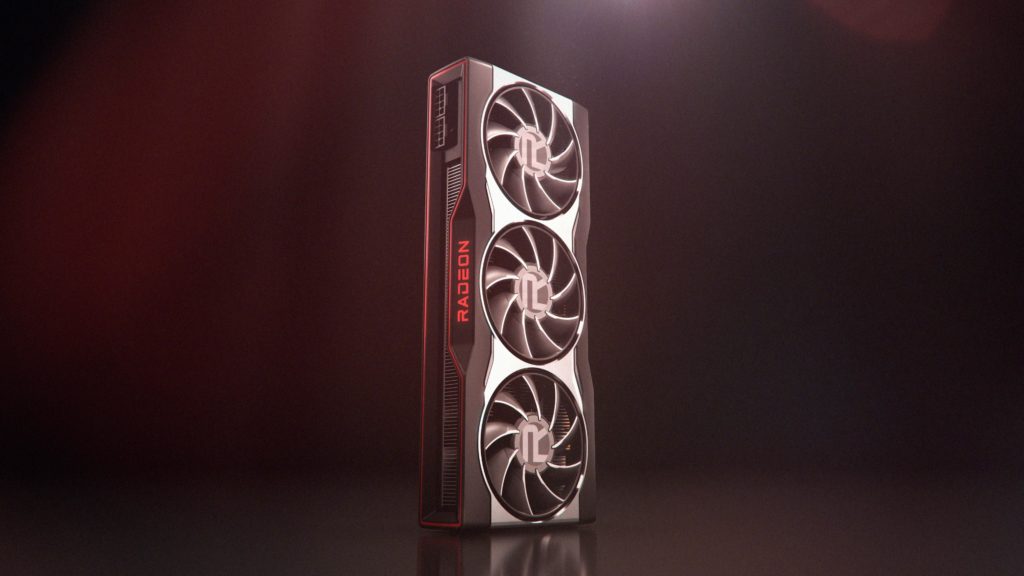 Sienna Cichlid is Navi 21, Navy Flounder is Navi 22 and Dimgrey Cavefish is Navi 23, and they presumably will be the RX 6900, the RX 6800/6700 and the RX 6600/6500 respectively. These names are literal auto-generated names and reportedly have no meaning. Videocardz, a well-known leaker of GPU-related news reported on these names and what the connection is between them and the speculated products, as they were seen in older GPU driver code around three months ago.

The specifications of the RX 6000 series GPUs leaked by Videocardz

Additionally, last week we also read about some specifications of the hardware we may see in the 6000 series, including up to 80 CUs (Compute Units), a 256-bit memory interface, a 2.2 GHz clock speed, and a 300W TDP, all of which are specs that may compete with NVIDIA’s best of the best, but just a specification sheet will never give us the impression of what the architecture may pack, so any speculation on whether it may or may not outperform the RTX 3000 series GPUs will have to wait. However, it sure will be good if it did.

A contrasting leak, with some less reliability, had a different tone, though: that there will be an RX 6900 XT, a 6800 XT, and a 6700 XT that succeeds the 5700 XT, all powered by the same 1500 MHz base clock GPU. The reliability of this source is questionable, though, and is different from what we know from other sources because there is an expectation of seeing higher clock speeds on the GPUs, comparable to the PlayStation 5.

Twitter user @coreteks has tweeted about AMD’s speculated intentions about the Pricing of their RX 6000 GPUs, and however these rumours are slightly old, we still can quote them as the source is quite credible. The tweets say that “Big Navi” will have two versions, with 8GB and 16GB memory, and the pricing will likely be $499 and $549 respectively. Based on these, it is clear that AMD wants to undercut NVIDIA yet again in pricing.

Correction, there's no 8GB model (afaik). This was lost in translation as we were also discussing how AMD will probably promote Big Navi having 16GB versus the 3070's 8GBs. Sorry for the confusion! – btw source also said an HBM version for consumer is not planned 🙁 https://t.co/Umm9Ns8nZW

Pricing rumours may take some time in becoming absolutely credible and legitimate, but AMD has a history of undercutting NVIDIA’s offerings with an equal or slightly inferior performance so as to make their products a “better deal” whilst having weaker raw performance.

launch of the products.

It has to be still noted that AMD is not making any guarantees about its supply. It is just confirmed that there will be no paper launch of the products. Regardless, AMD will not require to do much to outshine NVIDIA in the execution of their product launch after what happened to RTX 3080 and the RTX 3090’s launches very recently.

We are poised to see at least 3 models in the reveal on 28th October, and NVIDIA also seems to have readied their guns for the event so as to “steal AMD’s thunder” at that time, as they have already released their first slew of RTX 3000 cards with the 3090, 3080 and 3070. With a 20GB RTX 3080 and an RTX 3060 that is claimed to reach RTX 2080 levels, NVIDIA is also ready with some decent competition for AMD if Big Navi is impressive, or we shall see another dominant spell from NVIDIA at the top end of the consumer GPU stack.