Amazon’s Utopia Review: As Dark, Bloody, and Virus-Infected As It Gets

Witnessing an Aggressive Event
Well said Mr. PM, We’re racing with t…
Fitness Routines For Busy Professiona…
Investing in a Garage Epoxy Floor Kit
This Is What You Should Do If You’re …
“When the conspiracy in the elusive comic Utopia is real, a group of young fans come together to embark on a high-stakes twisted adventure to use what they uncover to save themselves, each other, and ultimately humanity.” 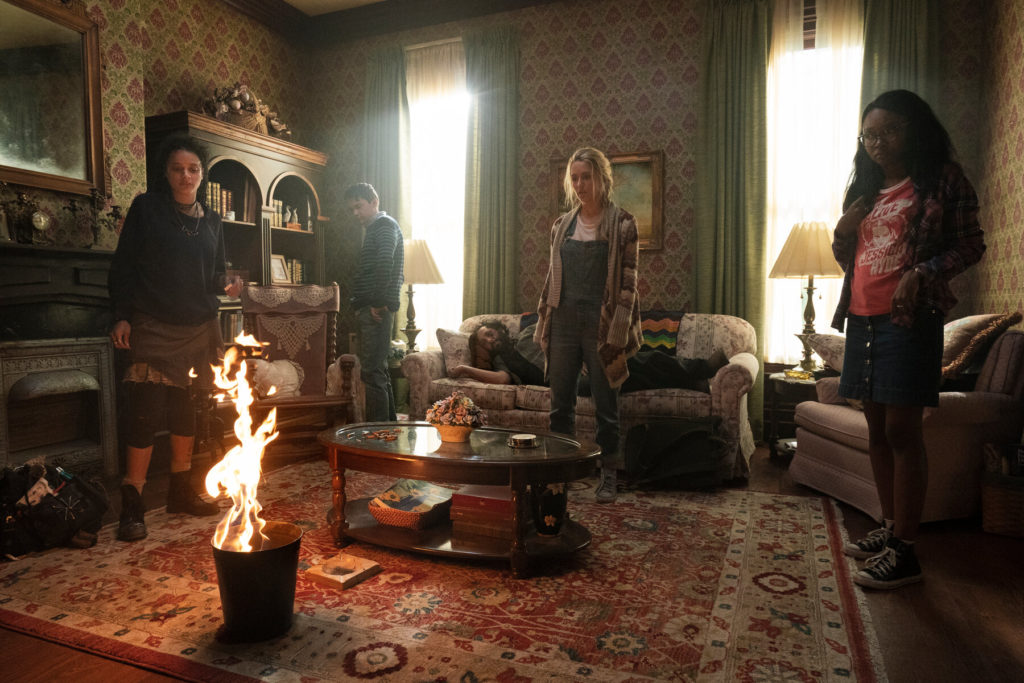 “What have you done today to earn your place in this crowded world” – Dr. Kevin Christie

Utopia revolves round a comic book named ‘Utopia’, which is a sequel to the graphic novel ‘Dystopia,’ and fans and agencies are ready to do anything to get their hands on it or just have a look. It is believed by conspiracy theorists that the hero of Utopia, Jessica Hyde (Sasha Lane), has the answers to all the upcoming pandemic and viruses that are to be rained on mankind, basically bioweapons.

As the couple who found the manuscript starts calling people to bid on, viewers are introduced to the creepy and dangerous Arby (Christopher Denham) and his vintage partner Rod (Michael B. Woods), who recklessly kill people to get Utopia, as it is their said ‘purpose’ and they won’t leave anyone who’s seen it alive.

Soon after we are introduced to Dr. Kevin Christie (John Cusack), the doctor who believes he’s doing good but also knows he’s destroying and harming mankind in hopes of creating Utopia. And hereafter the whole spiral, murder, and virus-driven journey of the characters begin. 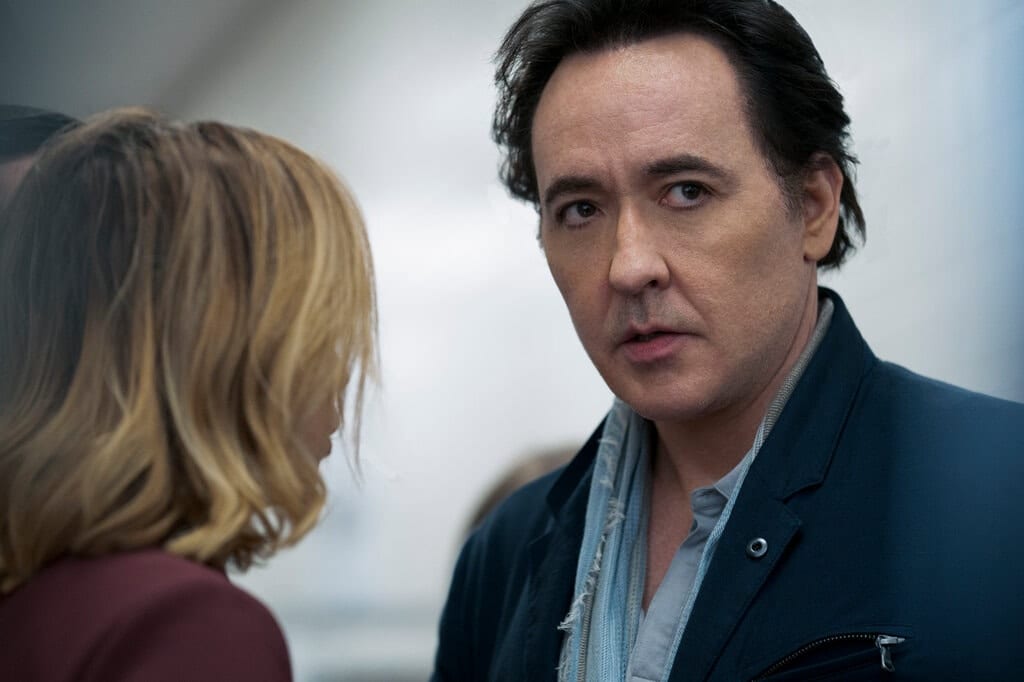 While the whole idea and conceptualization of the series are good and the star cast is stellar, the series dropped for viewers worldwide at the wrong time. The series depicts a pandemic and how people use bioweapon for there own benefit, killing millions, and in times like these, where the world is itself dealing with a pandemic, reel and real, things can get too real.

Not even a single episode of the series goes without brutal murder, bloodshed, and questioning the human intention of those in power. As you enter the series (Episode 01) there are various storylines and stories running together and it’ll take some time for you to catch up but once you do, you realize the cruelties that surround us and feel no less than lab-rats to the government – and you don’t need to feel that right now.

Coming down to the whole setup and presentation of the concept – there are very intricate details you’ll find in the series like the surrounding set, character costume, and more. The series does not use sound that overpowers the narrative but instead steers clear from it, making the narrative more consequential, emotion and need-driven. 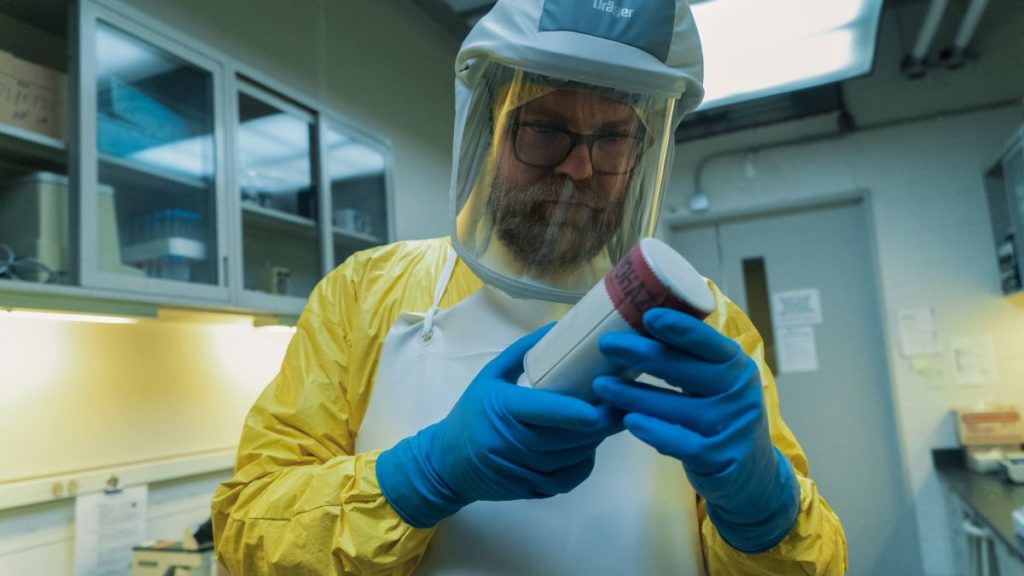 The series features a cast that is amazing enough to keep you engaged throughout and each and every character plays their role with utmost perfection. You don’t feel a lack of action from the characters on-screen but rather, you spend time reading them and trying to understand who does what and why.

Farrah Mackenzie as Alice and Javon Walton as Grant Bishop as two kids who accompany Jessica Hyde in the mission along with the team do a good job with their characters. Their roles are strong, fearless, and these kids are ready to run the world.

The veteran cast including John Cusack as Dr. Kevin Christie and Rainn Wilson as Michael Stearns play their roles with intensity, representing both the bad and the good side respectively and are the driving forces in their own spectrums. 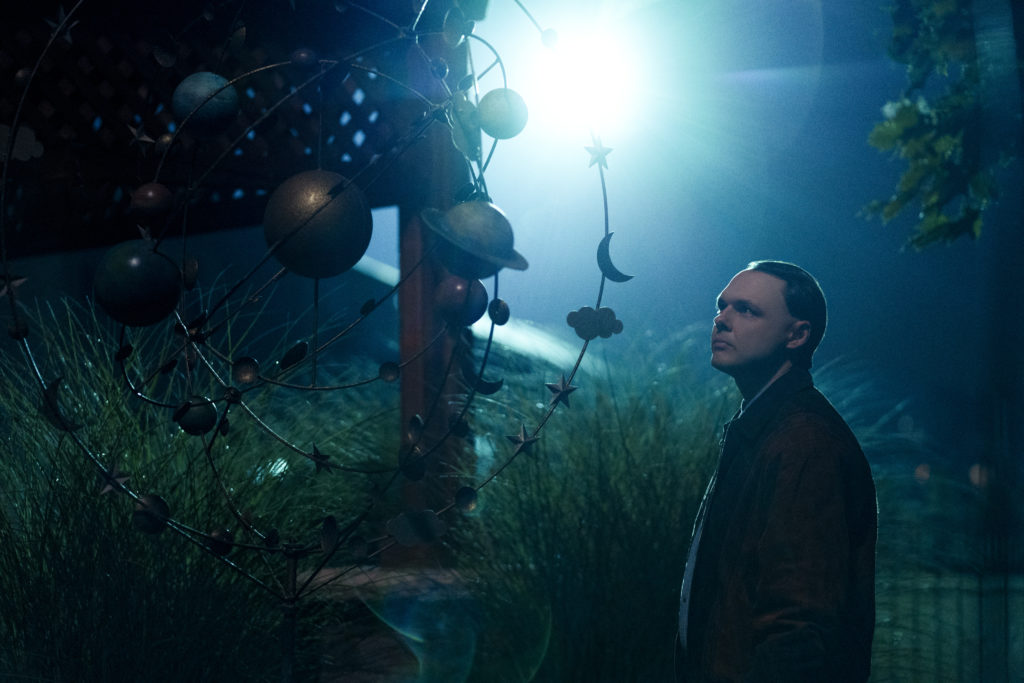 Sasha Lane as Jessica Hyde, Dan Byrd as Ian Ackerman, Ashleigh LaThrop as Becky Todd, and Desmin Borges as Wilson – the group of people searching for Utopia, saving it from the bad (though everyone has their own reasons) are complex in their own ways. And they kill way too easily!

And lastly, Christopher Denham as Arby is one the most in-depth represented character in the series. He progresses from being a reckless killer to a man who goes through a change of heart and stops mindlessly killing people. His character is strong, brutal, considerate, fierce, innocent, and pained. 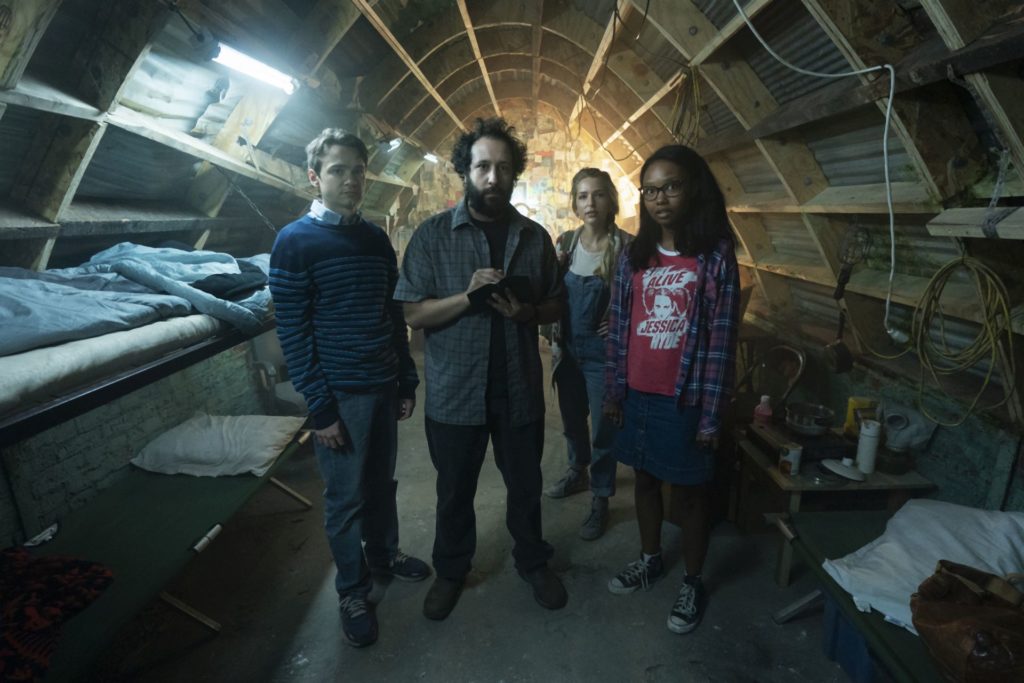 While Utopia will keep you engaged until the very end, the ending is not at all satisfactory. It does not give you the adrenaline rush you might have been running for from episode one and ends on a rather abrupt note, paving way for Season 2.

The series could have ended on a better and more engaging cliffhanger which would have left viewers wanting for more. But instead, it leaves them in a weird, unsatisfactory state. 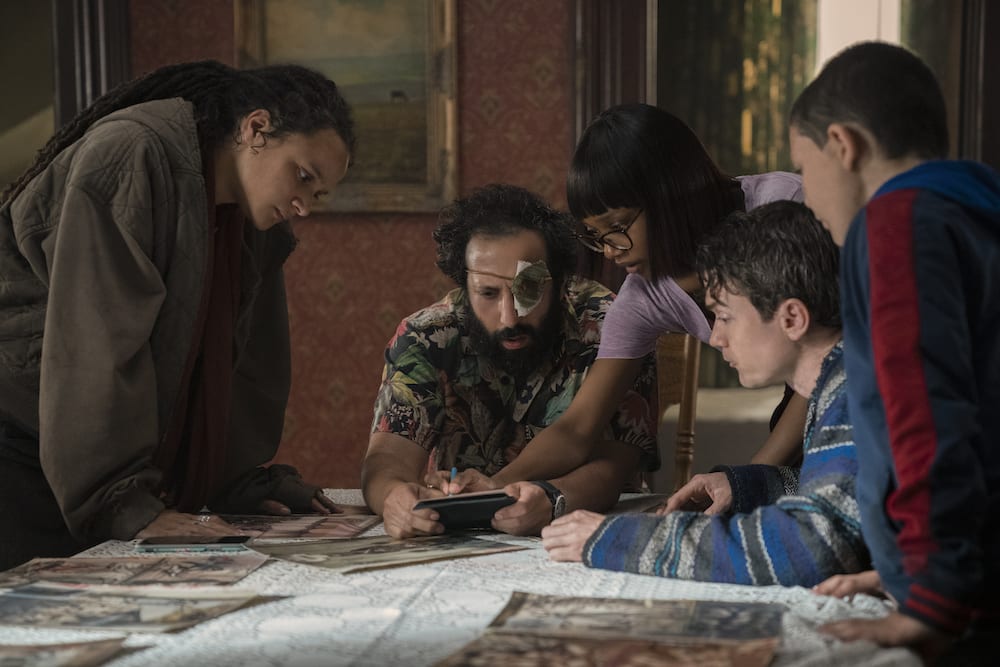 The series might not have the same effect on everyone. While some might find it intriguing and interesting others might find this weighing heavy on them as it gets too real in the times of distress. So, to bring out a stringent stream or skip judgment becomes difficult.

If you’re looking for a series with tons of bloodshed, human greed, fighting, and viruses, Utopia is the one. Everything’s twisted in Utopia and you can’t quit.

Amazon’s Utopia Review: As Dark, Bloody, and Virus-Infected As It Gets