Dying Stars and their Beautiful Aftermaths

Stars are at the centre of all physical phenomena that occur in the known Universe. On the surface, they might seem like burning balls of gas that are nothing but an energy making machine; however, their impact is much more widespread than that. The biggest effect that these entities have on the universe is perhaps the production and the distribution of Heavy Elements from hydrogen. Stars are the only source of heavy elements that are known. All heavy elements in the Universe come from some Star that died a long time ago. 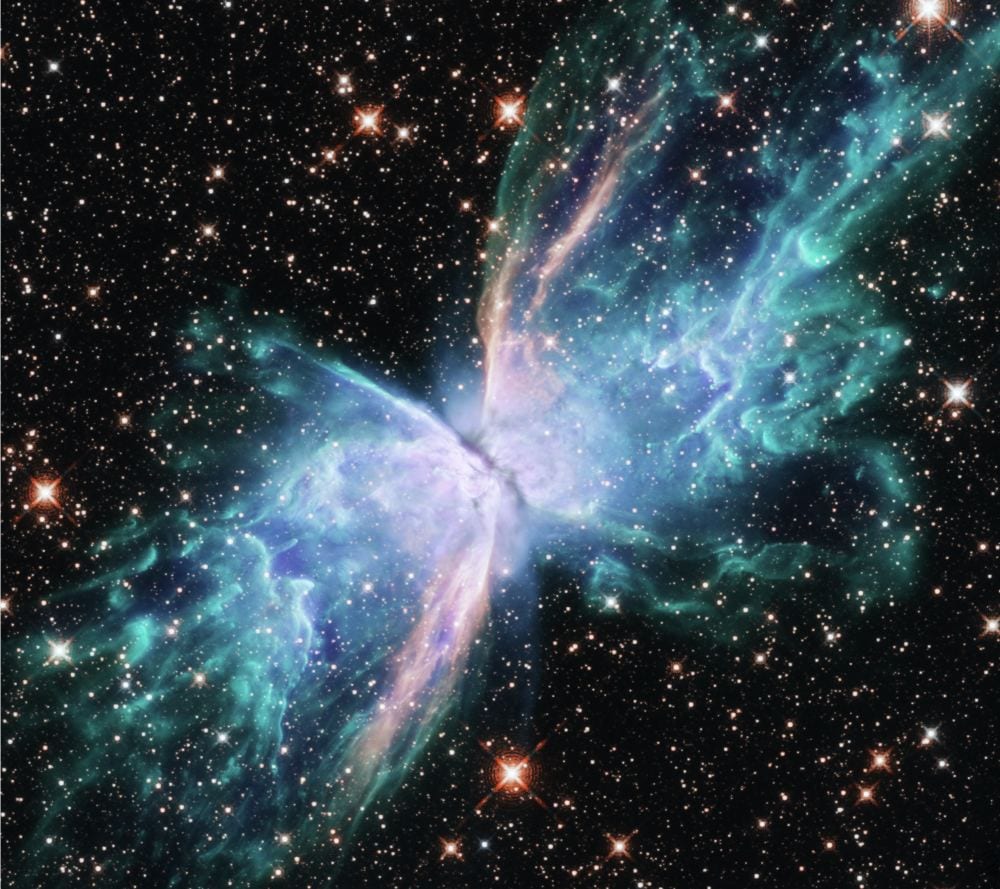 The explosion that accompanies a dying star is responsible for creating perhaps the most beautiful things in the Universe. These are known as planetary nebulae, and it consists of all the material that has been manufactured inside the star. The material is forcefully ejected out into space as the red giant dies. The illumination of the outer layer comes from the inner core, which is a burning hot fusion reactor. The beauty of these nebulae is very well known. They form beautiful and colourful patterns that are incomparably complex and mesmerizing. The surprising variety of shapes and colours are a bit weird when you consider that all stars are almost the same.

The roundness of the stars observed all across the Universe (including our Sun), seems at odds with the extravagant shapes in the nebulae. Some computer simulations and detailed observations might have revealed why these shapes come out as they do. The researchers have pinned the blame on gravitational interactions with binary star companions and giants planets such as Jupiter that might survive the explosion. The study started in the hopes of studying the earlier stages of a red giant’s life. Since they lacked any compiled data on the matter, they set about doing just that. 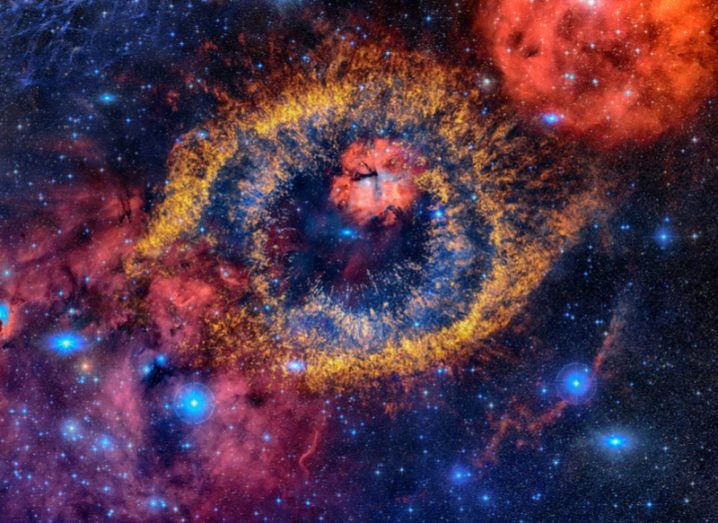 Giant planets influence the shapes of the nebula.

This compiling effort revealed that before these stars die, in a phase known as the AGB, they release a lot of material in streams and otherwise. The observational data indicated that these initial ejections were getting distorted after travelling some distance from the parent star. This suggested that something in the nearby vicinity was causing this. To ascertain this, they created computer simulations to verify this hypothesis. The results were very satisfying as the researchers found that almost all the patterns observed could be recreated in the simulation by using a secondary source of gravity.

The discovery could have some big implications. The biggest one could be the revision of our mass-loss estimates of old stars. Another outcome of this discovery is that we now have a very good idea of what the last moments of our Sun and the resulting nebula will look like, given that we have two planets massive enough to influence the Sun, namely Jupiter and Saturn.

This post first appeared on TechQuila, please read the originial post: here
People also like
Gov’t Mule Announces New Year’s Run Dec. 29, 30 & 31st
Burrow Has The Perfect Pillow For Every Person In Your House
Urban, Suburban, or Rural Practice: Pros and Cons
Homemade No Churn Raspberry Ice Cream
Mr Vegas Casino Review – Get up to a £200 Bonus on your First Deposit

Dying Stars and their Beautiful Aftermaths