The Paramedic is a Spanish thriller film directed by Carles Torras and starring Mario Casas and Déborah François.

The Paramedic is your run-of-the-mill thriller film featuring abusive jealous boyfriends and the naïve girlfriend. There’s nothing new about it, to the point that it’s boring.

The story follows Angel, an abusive and gaslighting boyfriend, who becomes confined to a wheelchair after an unfortunate accident that apparently pushes him over the edge. After his girlfriend Vane leaves him, he becomes convinced that he has to bring her back, to disastrous results.

So, as I was saying. Films featuring abusive partners have a pattern. This Movie falls straight on that pattern and does nothing novel about it. However, it tries to (infuriatingly) play it off as if his inability to walk is what fed his narcissistic fires. That, however, not the case. 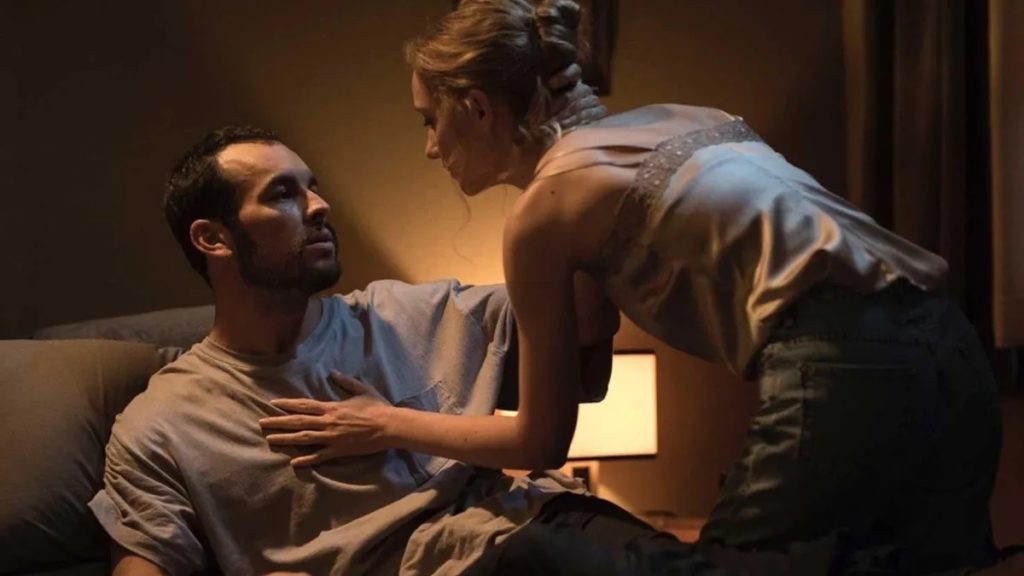 Angel was a terrible human being from the get-go. He tries to manipulate and gaslight Vane into staying with him, tries to blame her for their inability to conceive a child, and coerces her to have sex. The accident and its consequences had nothing to do with it. His jealousy towards anyone Vane comes across has been the focus of the movie since the first minute, and he would’ve done what he did regardless of the accident. The Paramedic sets a dangerous precedent that disabilities make people do terrible things. They don’t. Terrible people do terrible things. Period.

Talking about that topic a bit more, when he kidnaps Vane and ties her up, he, for some reason, injects her with a drug that causes her to lose the strength in her legs. I didn’t understand what the obsession with not being able to walk is, but the fact that a dangerous person is holding me hostage and forcing me to have a baby with him seems scary enough. That added tidbit was perhaps not necessary.

The Paramedic cuts no slack for its characters either. They’re flat, one-dimensional and very bland. At 94 minutes, the movie seems too drawn out and boring. Additionally, not one person makes a rational decision. Case in point: the neighbour hears a woman’s screams from Angel’s house and doesn’t inform the police. He goes and tells him about it, however, and then effectively gets killed. Said neighbour is well over 60 years of age. If you hear someone screaming at the top of their lungs, you call the police. 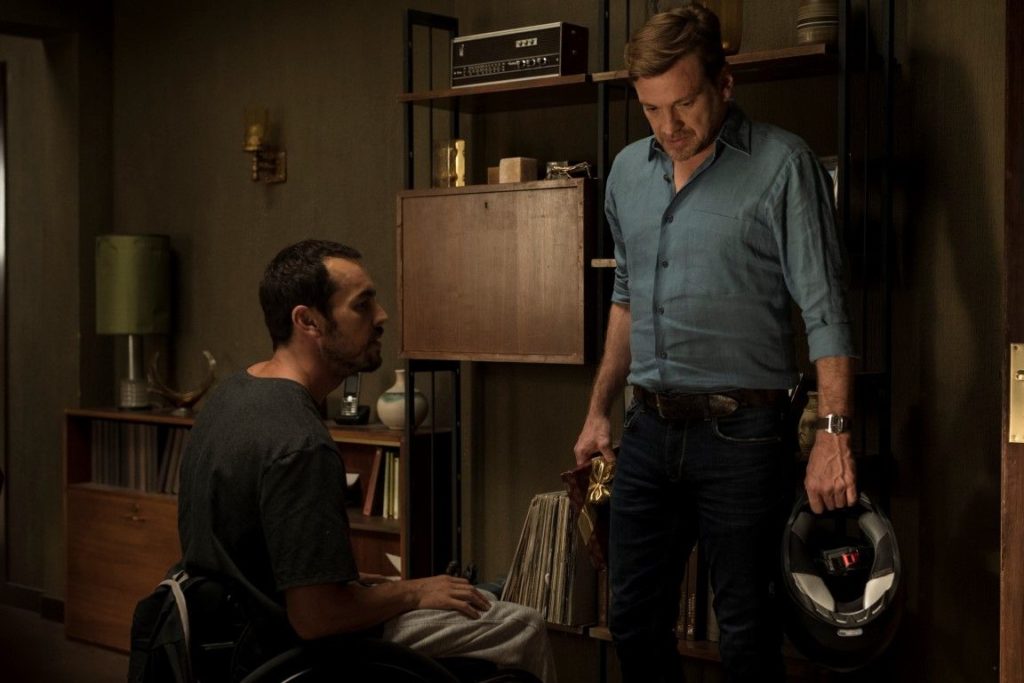 On the other hand, Vane feels pity for Angel and walks him home, even though she knows what he’s capable of. With no characters in a movie that you can root for, it gets difficult to pass the time.

Coming to acting, Mario Casas and Déborah François do a passable job with their roles. There’s not much, to begin with, so they honestly can’t disappoint a lot. The background score and the cinematography aren’t out of this world. It’s fine – nothing more, nothing less.

The Paramedic could’ve benefitted from a better and structured script. The movie is 94 minutes of clichés, the gist of which you’d be able to anticipate from the first minute. That consequently means that there’s no thrill factor whatsoever. Characters do what they’re supposed to do, and that’s that. Additionally, a thriller movie with an ending like that should be sinful. The problem is solved too quickly without anything special, that brings down whatever little hype that it was able to create.

Summing up: The Paramedic 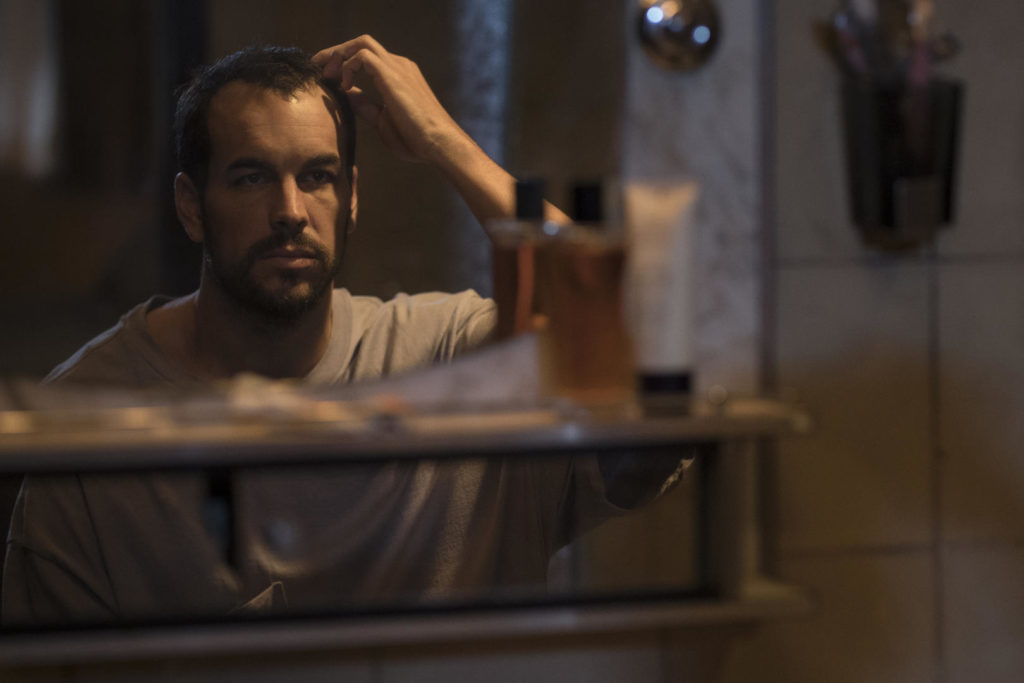 The Paramedic is a movie that absolutely fails to impress. It’s just another addition to the Netflix chest of forgettable thrillers that no one wants to revisit. With themes such as abuse, jealous boyfriends and kidnapping, there’s a lot that could’ve been done with it. Unfortunately, it takes the cliché route and puts an end to any excitement that you might have started with.

The Paramedic is streaming on Netflix.

Like The Paramedic review? Read our other reviews here.

This post first appeared on TechQuila, please read the originial post: here
People also like
best oils for hair growth
Dacryphilia: The things you need to know right now
Karen S. Wiesner, Tension and Twists, Part 2 (Writer's Craft Article)
Easy Pet Rocks Craft Idea For Kids
The Potential of Smart Contracts in Healthcare
Booty Bay Slot from Push Gaming
Sony To Announce New PS Plus Video Pass Service – Free Movies and TV Shows For PS Plus Members
A Furry’s Guide to Cryptocurrency
“The Friend Who May Not Seem a Friend” – The Cat and the Fire, Post 2 of 3
6 Interesting Places To Hold Your Next Corporate Function
What Causes Bed Bugs?
Self Motivation: How to Keep Moving Forward In Your Career or Business
Keanu Reeves Jiu Jitsu Lifestyle