Chef’s Table is a critically acclaimed series that is back to delight all food enthusiasts with a BBQ version. This series showcases some of the world-famous barbeque experts and it is captivating to watch the chemistry that goes on the grill. All these experts from all around the world are charismatic and, needless to mention, the best at their craft.

The sheer talent, dedication, and hardwork that has gone into making them a culinary expert are worth every minute you spend on this show. Chef’s Table: BBQ is a homage that Netflix has paid beautifully to their journey and their struggles. You have four chapters in which the series has shown four prolific talents and you can begin with anyone, it does not have to be in any particular order. 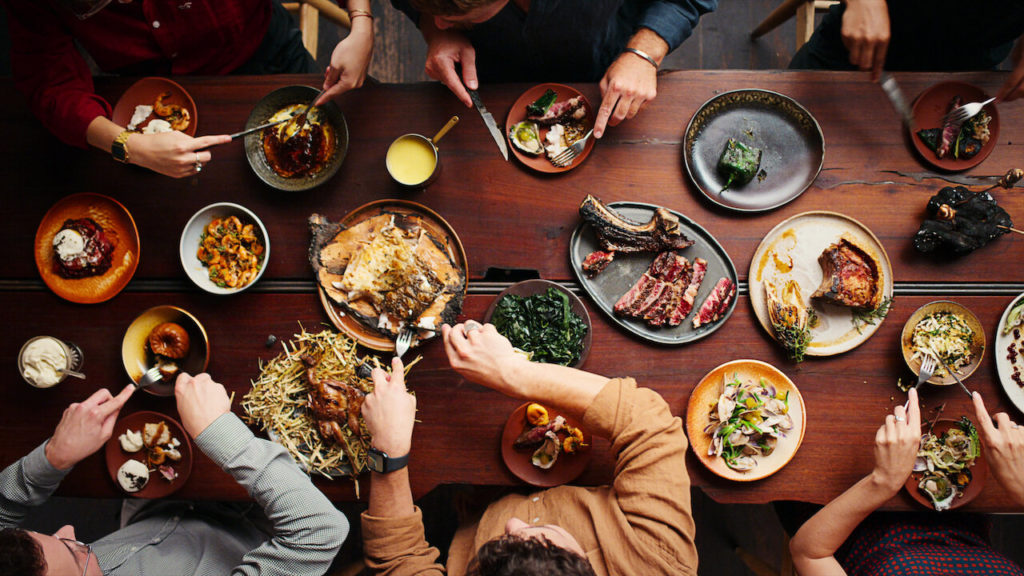 Personally, I get drawn towards real-life series because they usually focus their narrative around incidents that are relatable to the audience. I remained in awe of the chefs because… look at the dedication, passion, and the purpose that burns brighter than the fire on the grill. I have felt a similar way while watching The Speed Cubers on Netflix as there’s absolutely nothing better than watching people put every bit of their heart and soul into something they love and, well, excelling at the same.

If you are new to the series Chef’s Table: BBQ, don’t worry as you’d not be requiring many contexts before you start to watch this show. If you are a food enthusiast and love barbeque, you are in the right place so stream away! 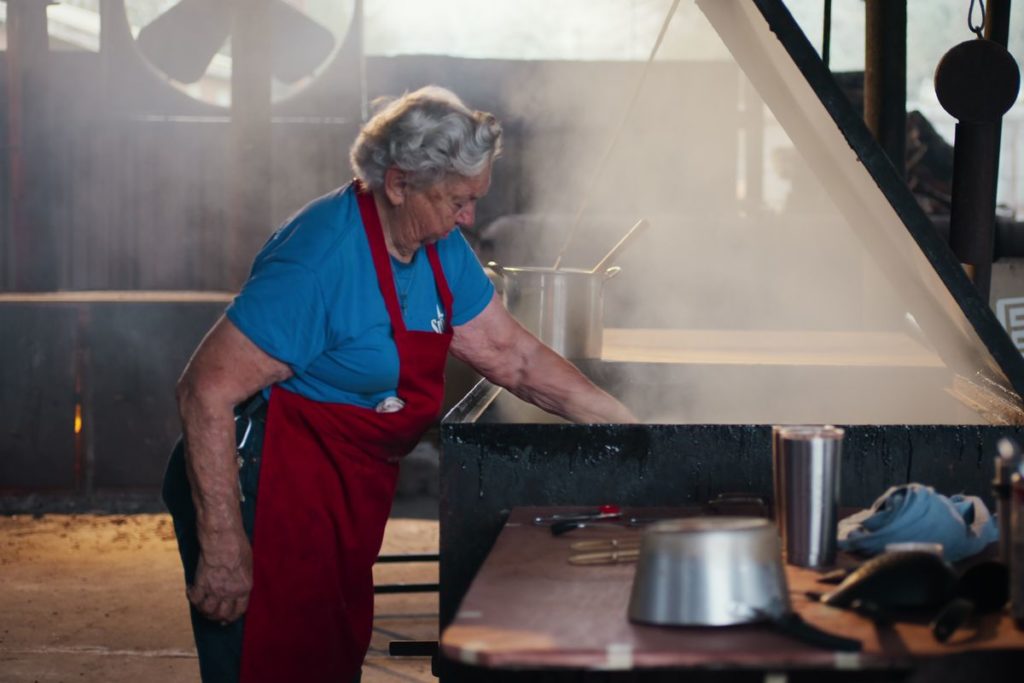 Is there really no secret to that perfectly grilled barbeque mentioned in the first episode that features the undeniably talented pitmaster Tootsie Tomanetz from Lexington? Tootsie Tomanetz is an iconic name in the barbecuing community, everybody knows her in Texas. Snow’s BBQ is famous for that beautifully done Snow’s Brisket. Tootsie is an eighty-two-year-old pitmaster who’s still on top of her game despite all the hardships that she’s been through.

Ain’t anything that can dampen grandma Tootsie’s spirits. She mentions that at Snow’s Barbeque there isn’t any secret at all, there’s plain seasoning (salt and pepper) but practically magic happens when the meat is wrapped inside the aluminium foil. Her journey only inspires you to keep pushing yourself and remind you that age is only a number, my friend! 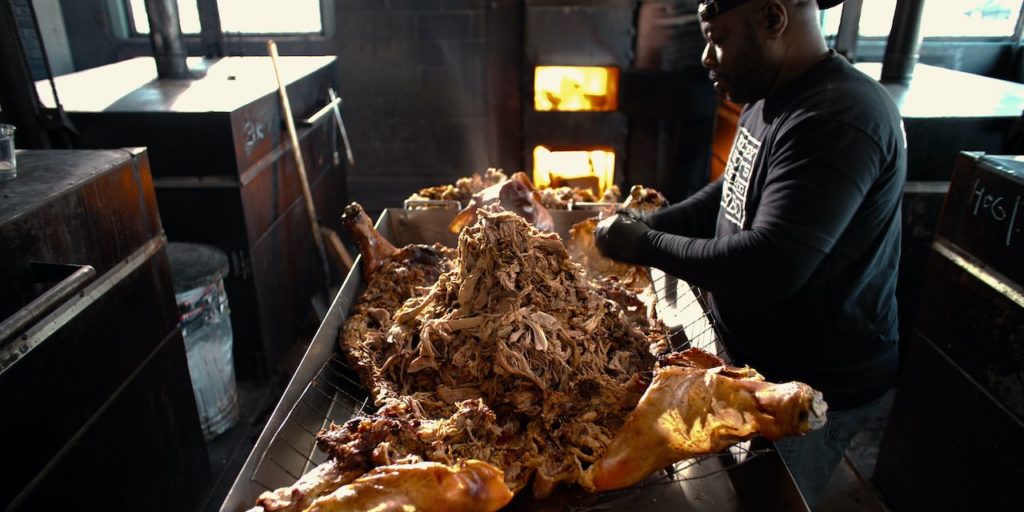 Lennox Hastie from UK, owner and head chef at Firedoor, has been a delight to watch in the show. This episode has to be my favourite one on Chef’s Table: BBQ. The episode has been delicately laced with metaphors and gives an insight into how barbecue experts treat the meat! He has always been fascinated by fire, he speaks of it reverentially and his dedication is uncompromising. This series Chef’s Table: BBQ has captured the nuances of the craft and craftsmen because you’ll understand how everybody’s approach towards their craft is different.

For Lennox, he dedicatedly tries to ensure that eating isn’t just about savoring the flavors on your palette, it is about savoring the whole experience of dining. Lennox says a lot of interesting things about fire, how fire is the most “rugged and primitive” elements but how this can be turned into fine dining. Lennox talks about delicately cooking and dealing with something that is so dangerous like fire with so much ease that you’ll remain in awe of him! 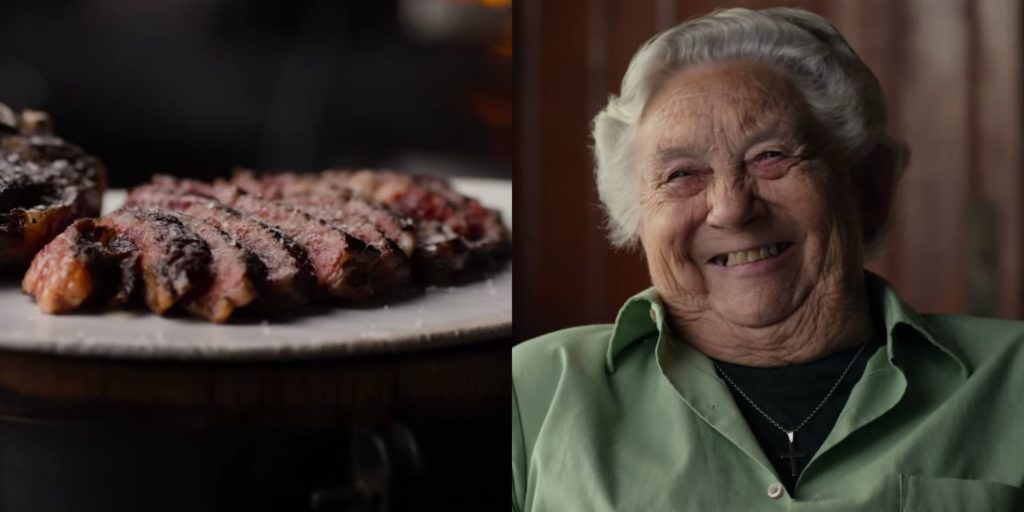 The third and fourth episodes have contrasting narratives compared to the second episode. We see how Lennox tries to establish the concept of fine dining through elements that people often perceive as not-so-fine. Rodney Scott, the barbecue expert from Charleston, speaks of how he heads to a supply store to buy hog-wire and axe to get the correct barbecued meat. He speaks of how the smoke and the aroma of wood burning pushes him to get the appropriate flavour.

Rosalia Chay Chuc, in Chef’s Table: BBQ, is from the town of Yaxunah, famous for her iconic Cochinita Pibil (Roasted Pork) and has a very next door approach towards cooking, she is shown to be extremely unaware of her fame and success. Her slow-cooked Pork (Conchita Pibil) has made her Yucatan home a travel destination for many. She still calls herself a regular cook who has just got the flavour right and is supremely dedicated to her craft!

Watch Chef’s Table: BBQ to know how there’s so much more to the series than just BBQ grills and experts!