Cliche, cliche and cliche! My head has been screaming this right from the moment I started watching Love, Guaranteed! This film is filled with cliches and fails to make an impact. There’s a whole lot of truly entertaining rom-coms on Netflix and this should probably be one of the last options from the list. Give it fifteen minutes, you can successfully suss out where it is heading and you’ll be left with no reason to watch further.

It attempts to be a romantic movie with generous scoops of humour added to it, but it is not entertaining at all! Skip this because you deserve better than a flimsy plot with banal dialogues and almost no humour to it. I mean it just passes the bearable mark, barely!

Without wasting much time, I’ll strictly take you to the plot and trust me, you’ll know everything about the film from the review itself! (You can thank me in the comment section) 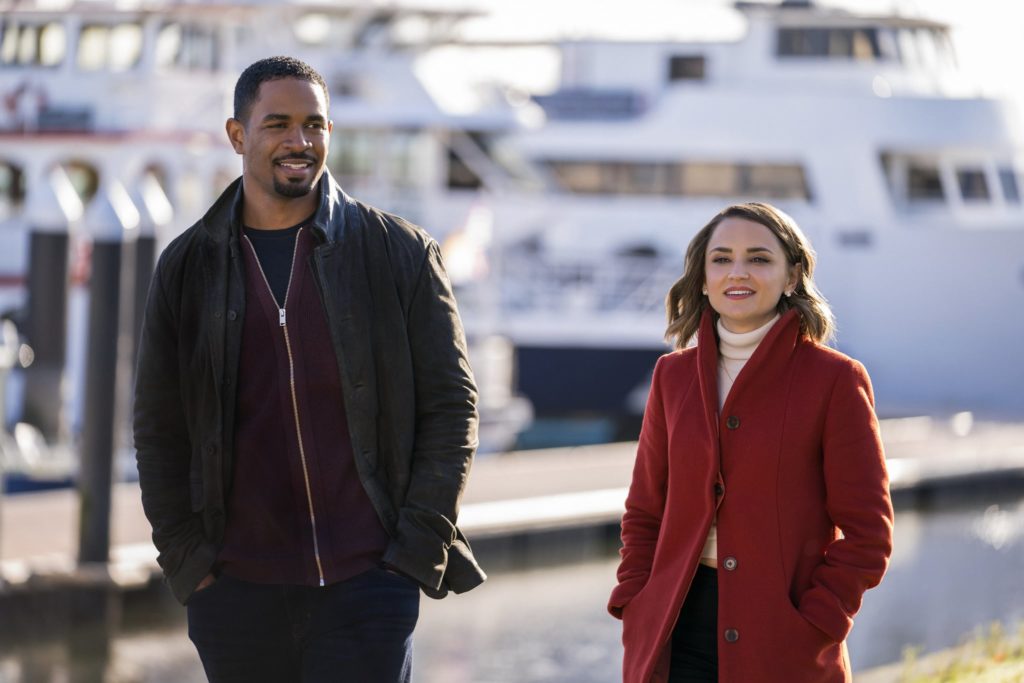 Susan Whitaker is a lawyer who seems like she is definitely good at what she does. However, inspite of this, her firm is sinking because of her pro-bono cases. Her team comprises of two employees and a ‘sleeping’ goldfish. Susan now has an interesting case to take up all courtesy to Nick (Damon Wayans Jr.) who is referred as the “classic loophole shark”.

Nick wants to sue a dating website called “Love, Guaranteed” as the website’s tagline ensures that by thousand dates, you are bound to find love. Nick hasn’t found love so he wants to sue the company with his classic “gotcha lawsuit”… hmm, interesting?! Susan is overworking all the time and is wholeheartedly dedicated to her firm so she has no time for love!

I mean this stereotypical portrayal of career-driven women characters coming back to an empty house with a refrigerator stacked with Chinese takeouts makes me nauseous. You are very well anticipating a scene where Susan is gloomily staring out of the window with a wine glass in her hand imagining how empty singlehood feels… bang there it is! (How original)

I dare not divulge any further detail because you already have pictured the scenes and I am sorry to inform you that the chances of it being exactly the same are about a cent per cent!

The dialogues? Awfully predictable and sugary. I don’t appreciate it and neither would you. We are hungrily scavenging for interesting content worth our while on streaming platforms, so give this a skip, please. The characters have almost no layers to themselves, Nick is a plain, boring “good egg” and it is annoying because men like him don’t exist.

He’s been on thousand dates and has meticulously maintained paperwork to support his statements, he pays for breakfast, lunch and dinner which always happen at fancy restaurants … do you see that this is an impossibly unbelievable storyline. 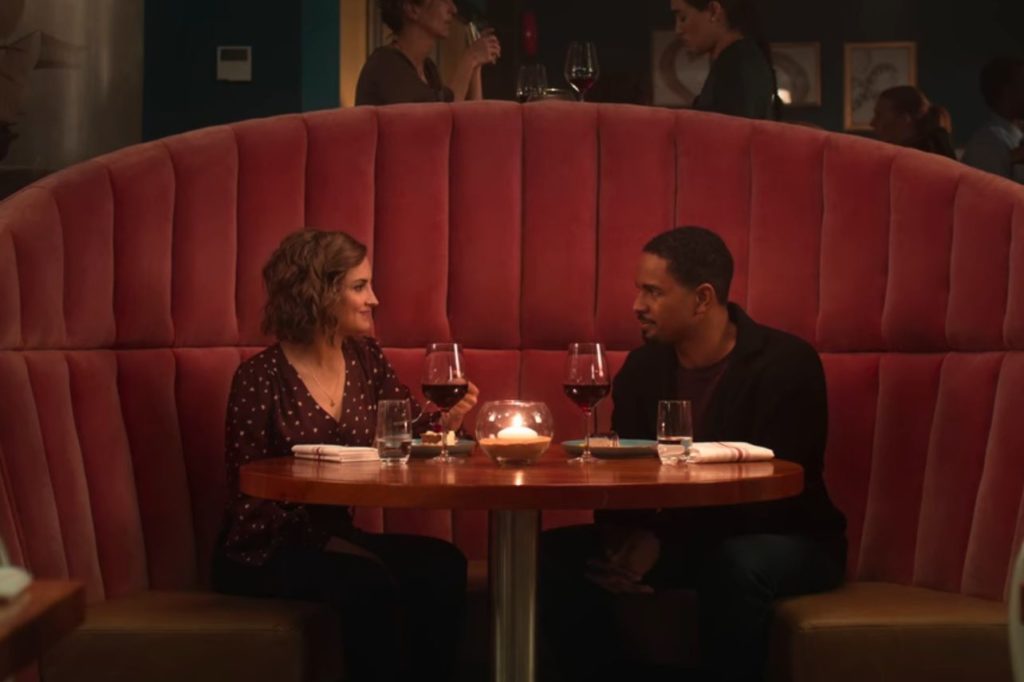 Susan is vividly opposite to Nick sometimes, she listens to Tiffany’s ‘I think we’re alone now’ on loop (She is forced to!) and Nick hasn’t heard of Tiffany ever…. (What?!) Yes, I’ll just give it away, Nick falls for Susan because she is so different from all the women he has met, all the THOUSAND women he has met, bizarre because Susan is just a regular girl… I mean the director has definitely skipped the chapter of probability while he was in school.

Let’s talk about the performances because there isn’t much to talk about anyway!

I think this boat is somewhat managing to float because the performances have made it float-worthy! The two performers are natural and honestly, they could do such an amazing job had the script been substantial. Both Rachael Leigh Cook and Damon Wayans Jr are a lot more than decent performers, they have stayed true to the character and the storyline throughout the run time. 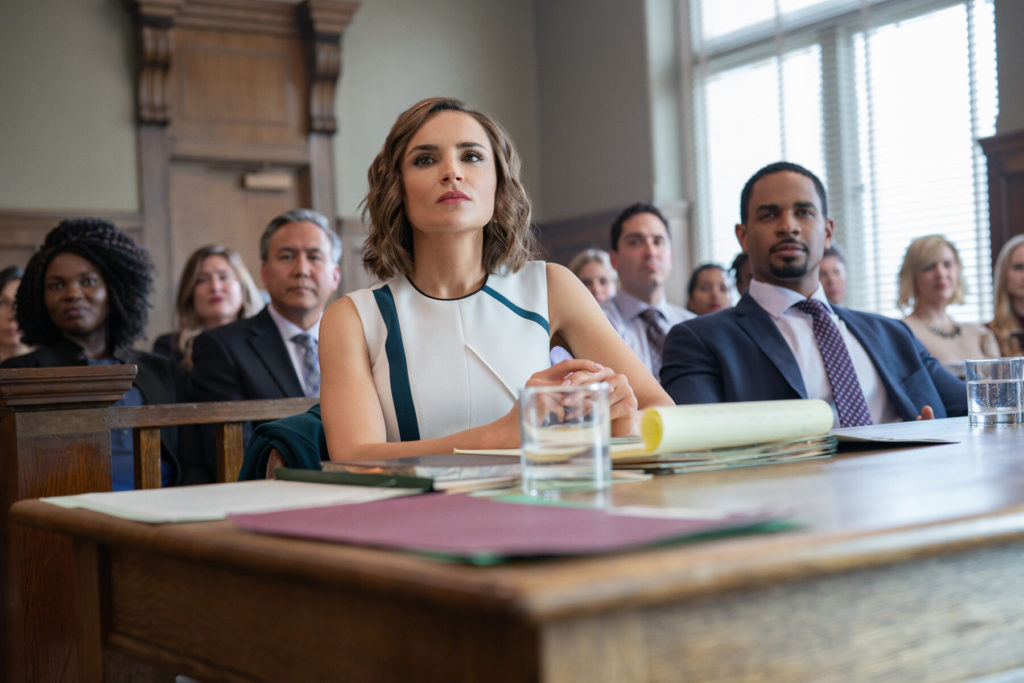 All the characters are well-casted for their roles and that is one aspect I have no complaints about. Specifically, I think, Wayans is definitely a saving grace because he almost never underperforms his character and you totally believe that he is that plain, simple, warm-hearted guy that he has been asked to play.

Overall verdict, SKIP IT because ninety whole minutes are definitely not worth Love, Guaranteed and also because this film is flimsy and forgettable.