We’re at the cusp of the next generation of video games and Nvidia didn’t disappoint as they made a grand entrance with the GeForce RTX 3090, among other GPUs. While we mere mortals are struggling to reach the coveted 4K 60 FPS mark while gaming, NVIDIA just upped the ante.

We have been getting a steady flow of leaks about the next generation GPUs from NVIDIA but we still weren’t quite ready for the bomb that just dropped.

The monstrous card which is aptly named BFGPU (Big Ferocious GPU) has some insane specifications. Starting from the 10,496 CUDA cores to the 24GB of blistering fast GDDR6X memory with ample Tensor and RT cores to boot.

The GPUs that came before literally could not output 8K60 even if they could push all those pixels because of the lack of an HDMI 2.1 interface. The new RTX 3090 sports the HDMI 2.1 for the first time in any commercially available GPU from either NVIDIA or AMD. This makes 8K 60 FPS or 4K 120FPS possible whereas we were stuck with a ceiling of 4K60 with NVIDIA’s Turing cards. 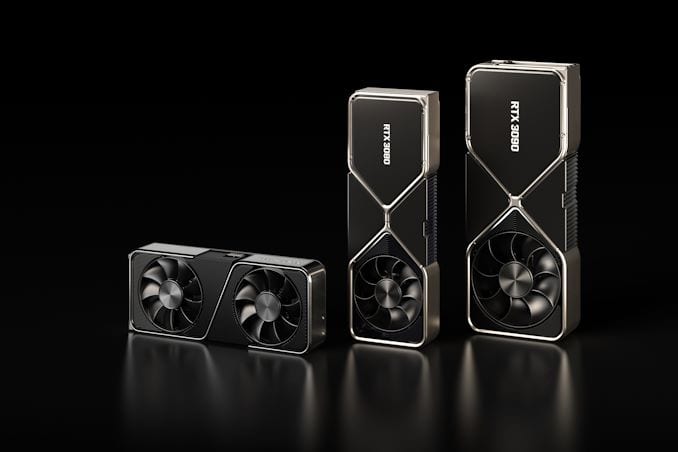 Although the RTX 3090 is positioned to be a Titan Rtx replacement, it is priced conservatively (at least compared to last year’s Titan RTX). All the comparisons made was with relation to Titan RTX like the airflow and operating temperatures. But the pricing will definitely nudge a lot of enthusiasts to spend the extra buck to get this beast over the others. 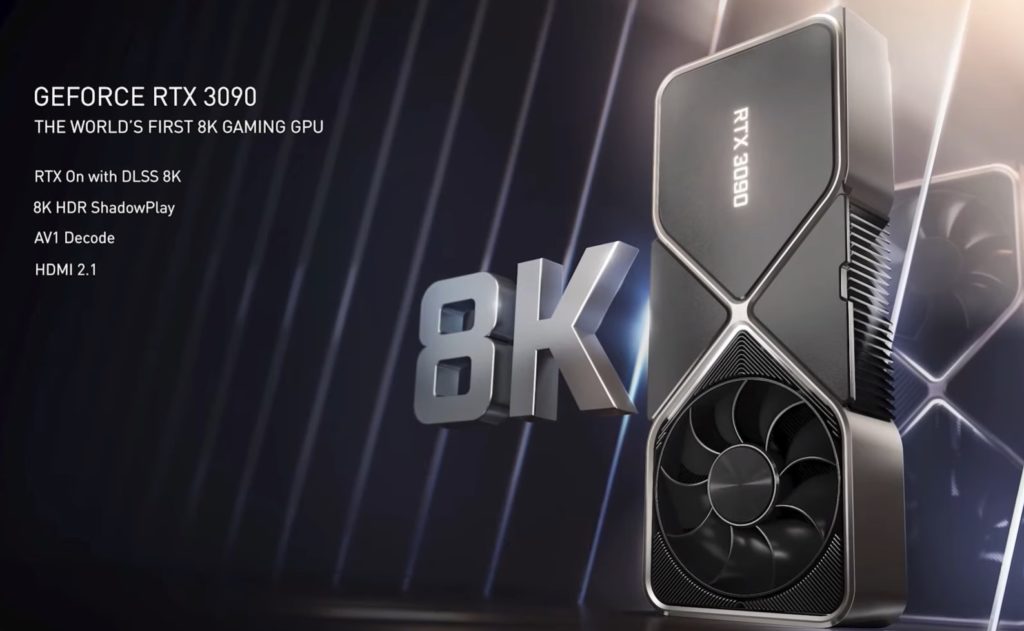 Playing at 4K 60FPS or even 8K 30FPS was almost viable with Turing cards with some settings dialed down. You could even get away with playing at maxed-out settings with less demanding/older games. But 8K 60 FPS is something that’s never been imagined as a possibility anytime soon. In that way, Nvidia seems to have given a pleasant surprise for a change. 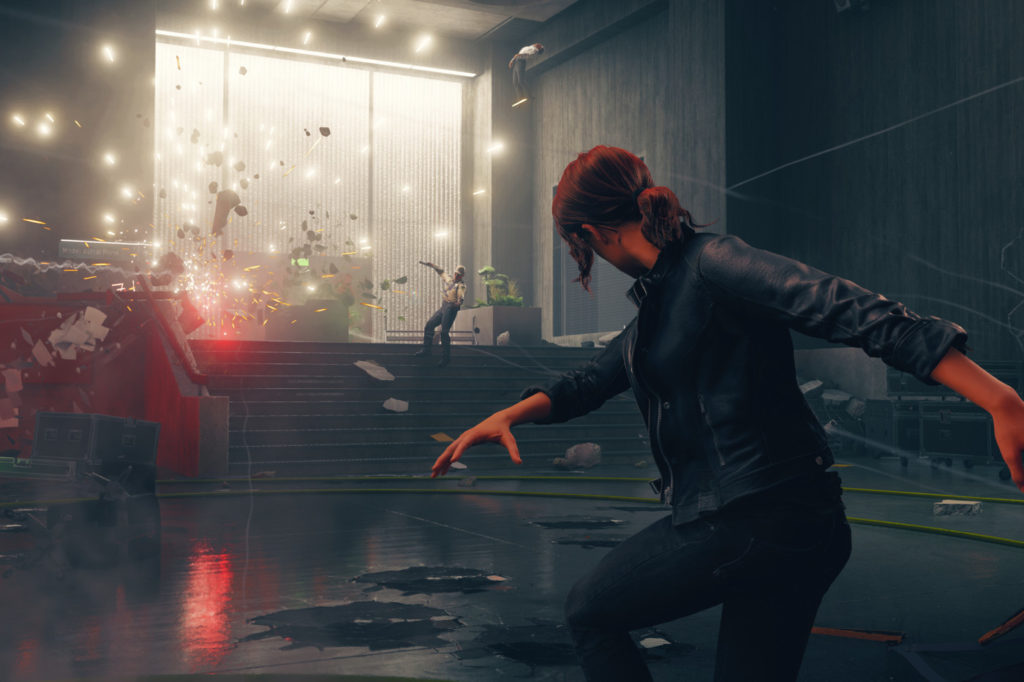 We haven’t gotten our hands on the card nor have any independent outlets tested it out. But even running the latest AAA titles at reduced settings at 8K60 is a feat to behold. And this will definitely pave the way for future technological advancements.

One thing to note is that the coveted 8K 60 FPS mark is reached by using the boost from DLSS when using RTX. Andy Cortez, one of the few lucky gamers to have experienced it, confirmed the same during the latest Kinda Funny reaction to the announcement. The titles that were shown running were Remedy’s Control and Wolfenstein: Youngblood, both of which have DLSS and DXR support. 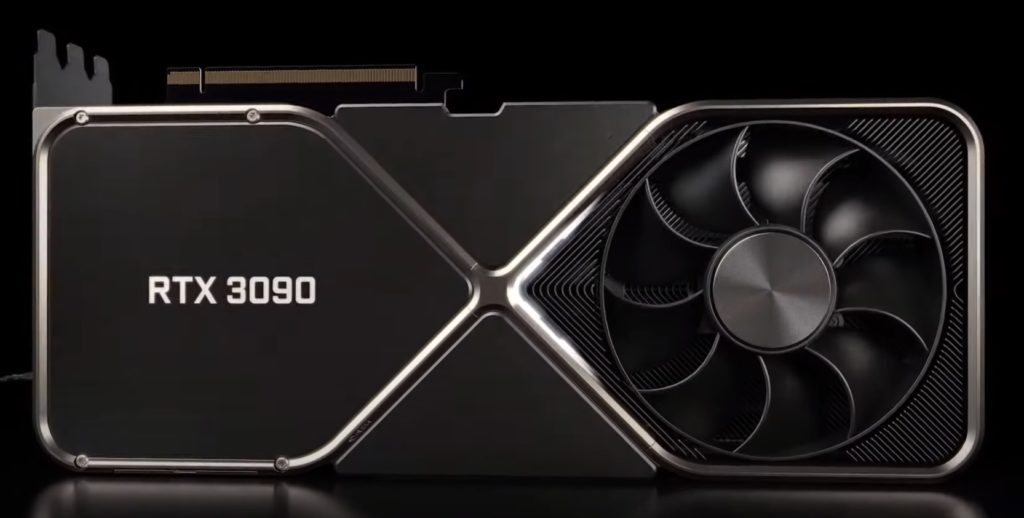 The RTX 3090 is set to retail for a price of $1499/ Rs.152,000 on September 24th. But we don’t know if these will be limited to the founder’s Edition only like the Titan RTX or cards from AIB partners will be available.