Hoops is an adult animated sitcom created by Ben Hoffman. The series follows coach Ben Hopkins as he tries to drag his awful basketball team at Lenwood High School out of the mud. Hopkins is foul-mouthed and hot-headed and doesn’t go for a minute without cursing or saying and doing something grossly inappropriate.

So, Hoops starts off with Coach Hopkins trying to recruit 7-foot-tall Matty to the team. He, however, isn’t interested to play the sport. So, what the coach does is tell him that he’d find someone to have sex with him and that should be enough for him to join the team. He, hwoever, doesn’t find anyone willing to date Matty, and thus enlists the help of his prostitute friend Connie to do the deed. Hopkins sees nothing wrong with asking a prostitute to have sex with a 16-year-old child.

With a show that starts off with this in its first episode, you know shit’s about to hit the fan. And hitting it does. Hoops has less jokes and more profanities and sexism, racism and every other -ism in the book. First off, it’s 2020. Asking your prostitute friend to have sex with a child is not only grossly immoral, it’s also illegal. Why anyone would think it would induce chuckles from the audience is beyond me. Secondly, sure, I get it. having a high-school teacher/coach be totally crazy and cursing his students might be great once, but when it’s a character trait, it gets old too soon. 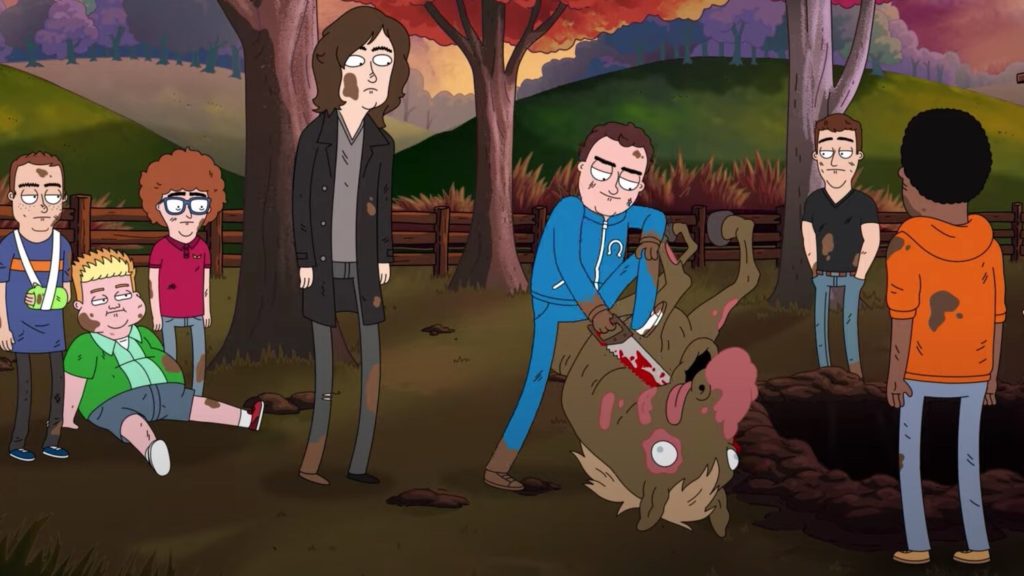 Hoops doesn’t let any of its other characters breathe, or even come out of their stereotypes, for once. It reduces its female characters as mere props and doesn’t do much for its people of colour either. After a while, you just feel bad for everyone else.

I find a show interesting if there is some amount of character arc involved. However, the series does nothing of the sort. The principle character, Hopkins, starts off as an absolutely intolerant person with absolutely no morality and he’s the same in the last episode. Trust me, I tried to find the satire, but Hoops isn’t a satire. It’s a world where you can get away with absolutely the worst of behaviours, and everyone else will be apologetic about it. There’re no lessons here to be taught, it’s just general tasteless humour, or whatever you want to call it. 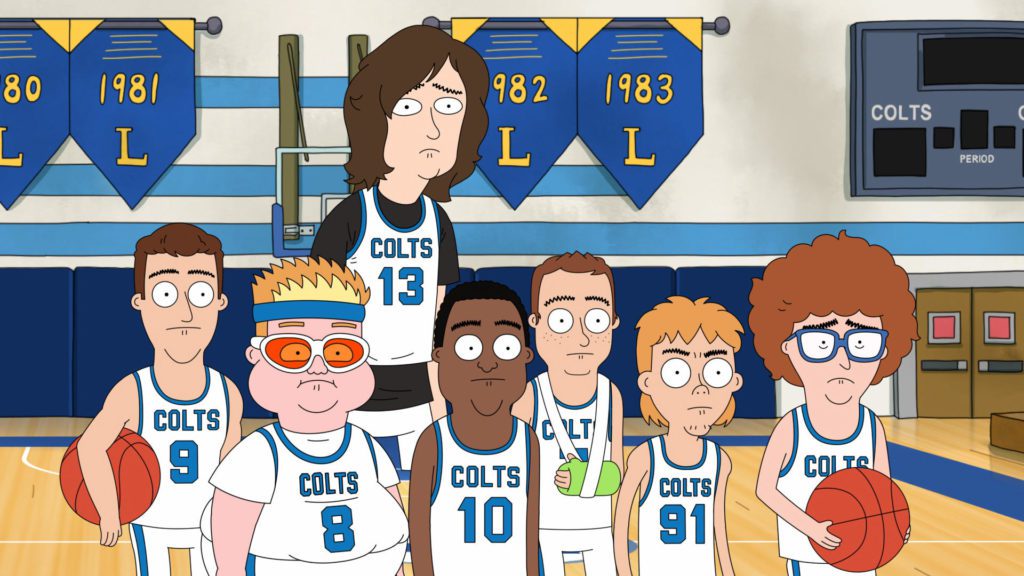 What absolutely baffled me was Ron, Shannon and Ben’s relationship. Their dynamic is toxic as all hell, or “funny” some might say. However, I don’t understand how the creators thought that it was okay for Ben to call Shannon his wife infront of Ron and him just agreeing with it, and instead, being thankful about it (Shannon is Ben’s ex and is currently dating Ron). It’s disturbing and helps no one except fanning Ben’s gigantic ego and ill manners. It also doesn’t help that not one other character gets any amount of limelight other than Ben, and there too it does nothing positive with it. 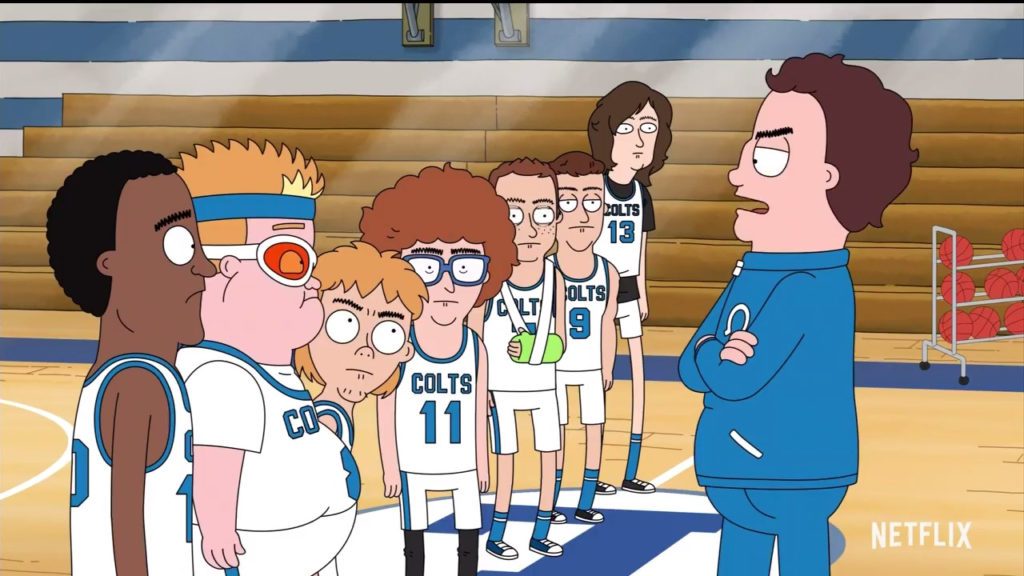 Comedy is a tough cookie to crack. However, and I know I am repeating this, asking a prostitute to have sex with a 16-year-old is not funny. It’s absolutely gross. Hoops needed actual jokes to move the story forward, instead of adding “boobs” and “dick” wherever it could. The show is for adults and shouting “dicks” doesn’t make us laugh anymore. Ben’s antics made me mumble “oh my god” every few minutes in shock, and that’s not the kind of feeling I expect when I watch a sitcom.

Honestly, if you want to watch a sitcom that’s actually feel-good, just go watch Schitt’s Creek. No one has time for Hoops’s negative vibes.

Hoops is streaming on Netflix.