If you think locusts can only be evil and destructive, this new research will surely change your perception. A group of scientists have worked on changing these insects from all-devouring pests to bomb-sniffing cyborgs.

With back to back series of bad news, India suffered tremendously in 2020. To name a few of the calamities, we have witnessed the spread of the deadly COVID-19 pandemic, multiple earthquakes, floods, cyclones, and lest we forget; massive locust attacks. Swarms of locusts invaded vast swathes of land in India since April 11th this year.

They entered several districts of Rajasthan via Pakistan’s Sindh province destroying hectares of vegetation and disrupting daily lives. These swarms attacked crops thereby destroying the entire agricultural economy. This is commonly referred to as locust plague. 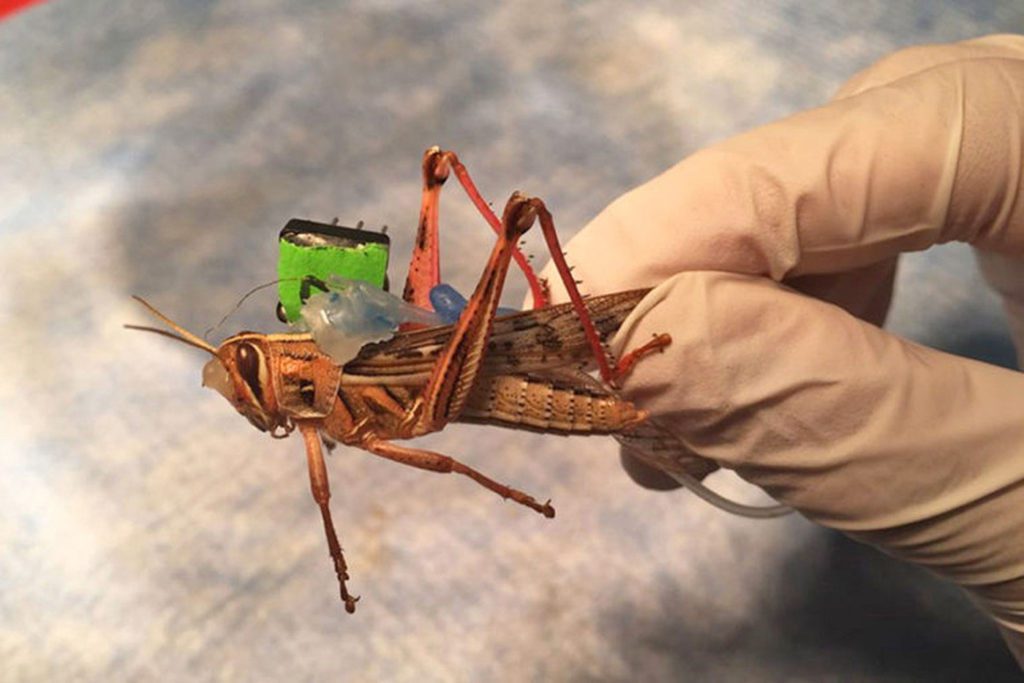 Dating back to biblical times, these infamous insects were known for two things: swarms and destruction. They have been perceived as evil, which only leaves a path of destruction behind. However, this new research gives them a new job and makes them bomb-sniffing cyborgs 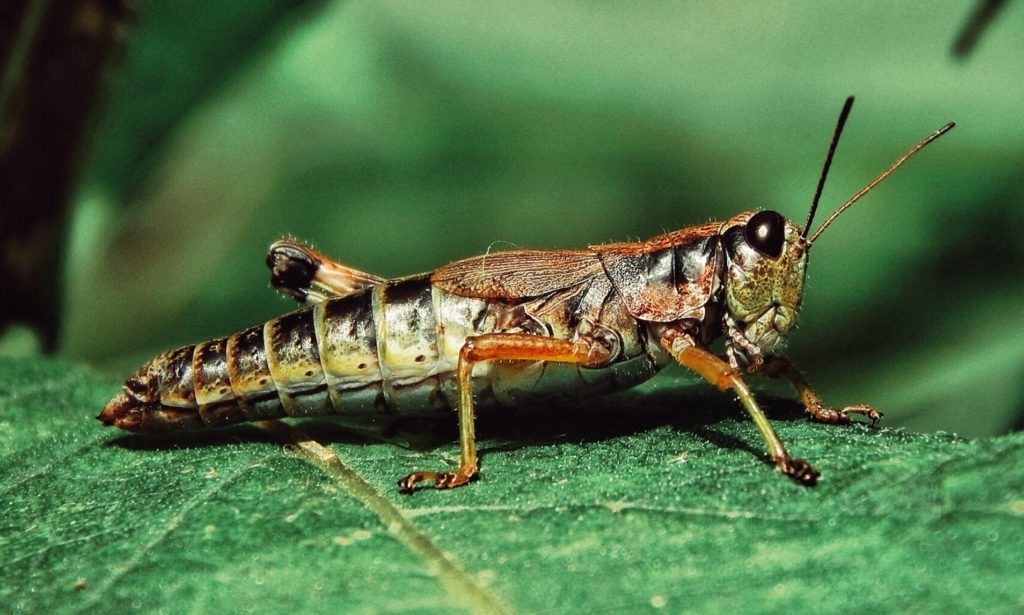 Locusts are large tropical grasshoppers with strong powers of flight. Their population explosion in vast swarms can cause extensive damage to vegetation.

Using electronic implants, researchers from Washington University in St. Louis, USA managed to hijack a locust’s olfactory system. They found that they can read a locust’s brainwaves and that the bugs are able to distinguish between different kinds of explosives all within a few hundred milliseconds of exposure. By attaching a robotic sensing system to the insects, scientists can tell when a locust’s brain senses a change in the air.

“We didn’t know if they’d be able to smell or pinpoint the explosives because they don’t have any meaningful ecological significance,” said Barani Raman, a professor of biomedical engineering and the lead author of the study. “It was possible that they didn’t care about any of the cues that were meaningful to us in this particular case“

However, Raman and his fellow researchers were previously able to decode the locust olfactory system. This bio-robotic sensing system could detect the locusts’ firing neurons and tell researchers what they are sniffing in various situations.

Using this breakthrough, the researchers were able to observe similar patterns when they exposed the locusts to vapours of a chemically diverse set of explosives, including TNT, DNT, RDX, PETN, and ammonium nitrate.

“Most surprisingly, we could clearly see the neurons responded differently to TNT and DNT, as well as these other explosive chemical vapours,” Raman observed. 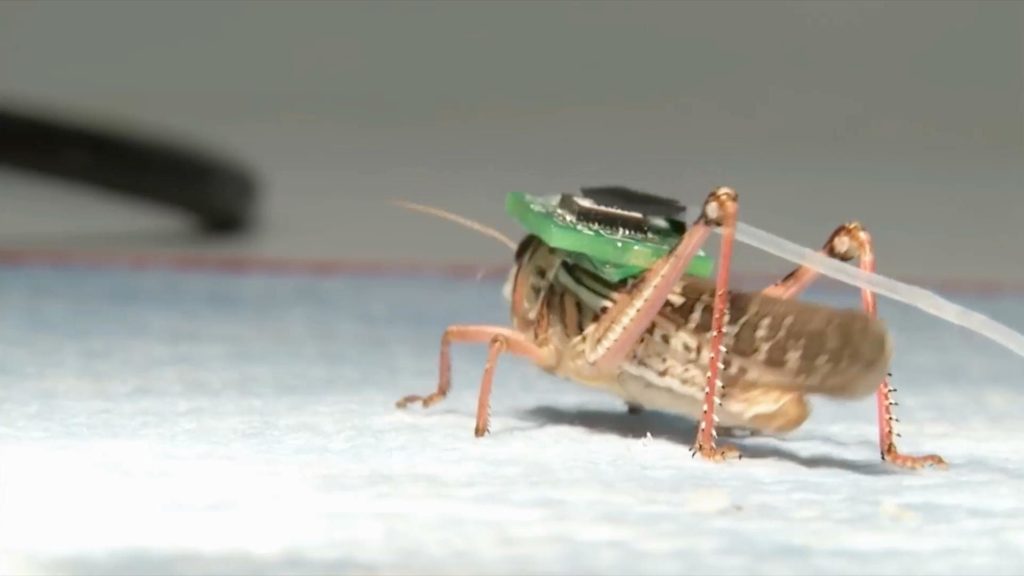 To determine if the insect was capable of detecting bombs, the research team placed a locust into an “odour box and locust mobile.” These bugs were driven inside a tiny movable vehicle while different vapours were pumped into it. With electrodes implanted in its olfactory circuits to allow real-time analysis, scientists monitored the neural activity of these bomb-sniffing cyborgs. Subsequently, it showed high spikes of neural activity when exposed to certain odours of explosives thereby proving it could indeed locate distinct odours.

“you know when you’re close to the coffee shop, the coffee smell is stronger, and when you’re farther away, you smell it less? That’s what we were looking at,” the professor explains.

To maximise the ability, researchers attached the electrodes by creating a new surgery technique that didn’t hinder the mobility of these bomb-sniffing cyborgs. With the new instrumentation in place, researchers can read an insect’s neural activity and know when they smell a bomb within 500 milliseconds.

“Now, we can implant the electrodes, seal the locust, and transport them to mobile environments (to deploy them as bomb-sniffing agents),” said Raman. 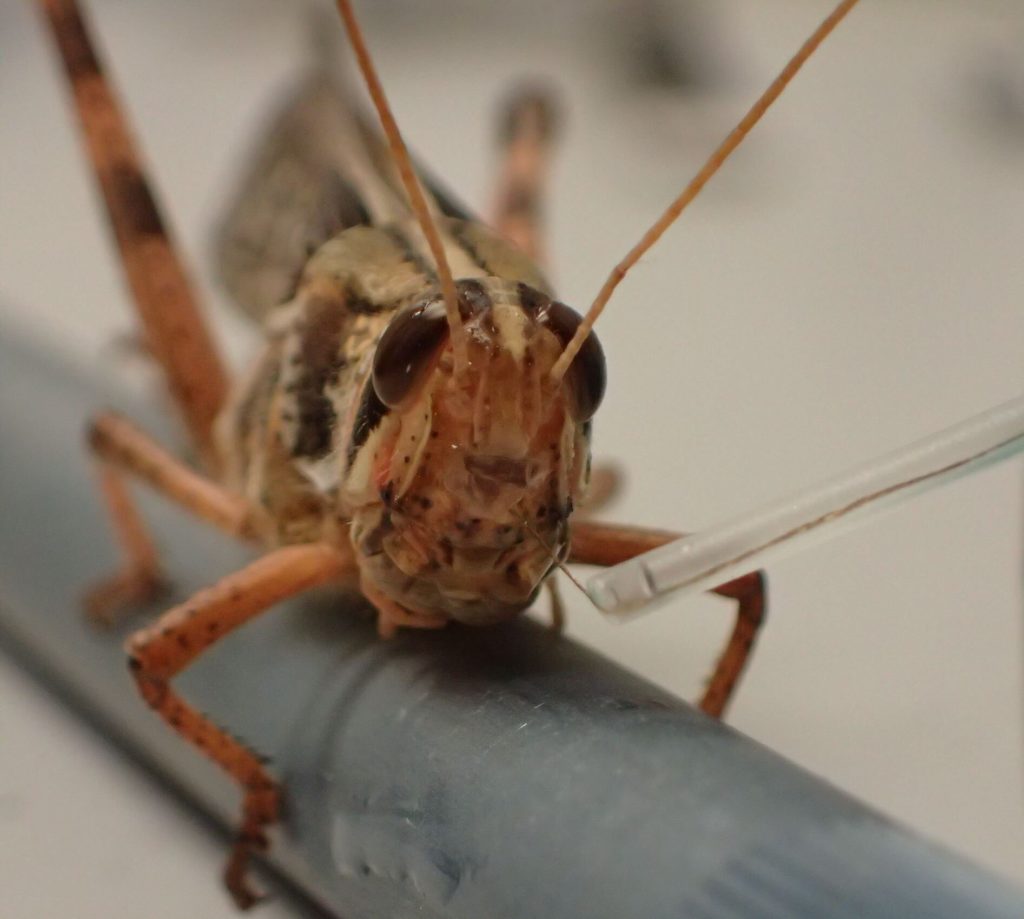 Highlighting how this approach wasn’t entirely unfamiliar to human beings, Raman concluded, “This is not that different from in the old days, when coal miners used canaries. People use pigs for finding truffles. It’s a similar approach — using a biological organism — this is just a bit more sophisticated.”

The pre-proof of this research study was published on August 6th 2020 in the journal Biosensors and Bioelectronics: X.

This post first appeared on TechQuila, please read the originial post: here
People also like
Ekiti 2022: Reject vote-buying and inducement, lawyer appeals to voters
Jardin des Plantes, Paris (Ultimate Guide)
How Cephalization Occurs in Lower Animals
The Cage of the “Surreal” – Post 1 of 2
PM Modi to Inaugurate First World Solar Technology Summit 2020
How to own your own power and be unstoppable
Top 5 Yoga Poses to Strengthen the Spine
3 Strange New York Bees Homeowners Don’t Know About
The Most Common Pests You Can Find in Your Garden and How to Deal with Them
Most Anticipated Xbox One Games of 2019
Discussion: What Do We Want From Retellings? Part 1
First National Bank Routing Numbers – Bank Routing Numbers