Netflix’s ‘Crazy Awesome Teachers’ Review: Enjoyable but Only at Times!

Netflix’s latest fare, Crazy Awesome Teachers, is an Indonesian film which has its moments but also disappoints quite a lot. I have never been exposed to Indonesian films before this but the plot comes off as a rather simple one without any complication. There have been dozens of movies made on great teachers and across many dialects.

This film is a bit different because it conventionally does not portray a teacher. The protagonist in the film has never wanted to be a teacher and then he becomes one. The story, however, picks up right after he decides to become a teacher and it drags quite a bit without humour up till that point. The performances have been a saviour, frankly, because apart from that, there’s not much that Crazy Awesome Teachers has to offer!

Our protagonist Taat Pribadi, played by Gading Marten, is the son of someone who has been extremely dedicated to being a teacher all his life. However, his son turns out to rebel the life choices that he is presented with.

Taat Pribadi wants to get a job very different from being a teacher – he wants to sail on a ship and go on a cruise. He, however, realises that he does not have much of a choice about his career and reluctantly takes up the job of a substitute teacher. That’s how the story finally starts unfolds. He is exceedingly unhappy at his new banal job and life has absolutely no purpose anymore!

You can count the number of humour-filled moments in the film! 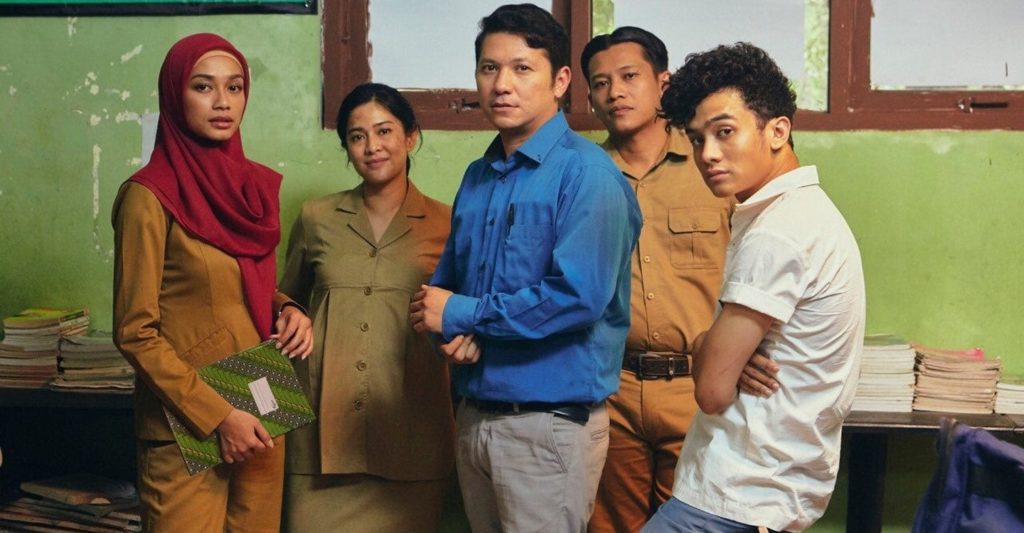 Crazy Awesome Teachers is a misleading title and it the farthest thing from being awesome.

There isn’t much to talk about in this film because with a plot which has an ample number of holes and is just resting on some decent performances, there is not much you can expect at the end. You wait for the film to pick up the pace, but unfortunately, that moment never arrives.

Taat now has a fake Diploma degree that he needs to make sense of himself in front of his students. Apart from that, Taat has a few amusing friends which is all you get in the name of humour.

Taat has a romantic liaison which is not fruitful for most of the time but finds a way of taking up some extra screen time due to the unforeseen circumstances that prevail. Nirmala’s character is a respite as she is also hungry and cranky from being pregnant.

Crazy Awesome Teachers takes its own sweet time to pick up a pace! 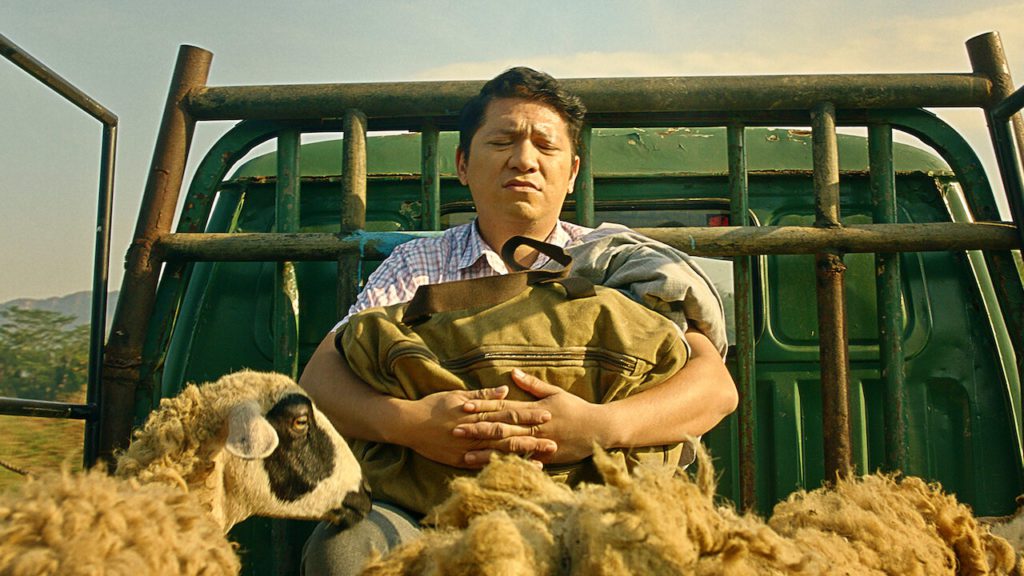 There’s very little going on in the film anyway and through this review, I do not intend to take that little away from you. An unfortunate event occurs that jolts Taat and makes him promise to do something to fix it. Unfortunately, what he chooses to do is stupid. Taat’s amusing colleagues get together to help him and fix the mess.

At this point, the narrative is split into two and we see how Taat slowly starts to get popular with his students which is refreshing to watch. Meanwhile, there are other parallel subplots that run along which also makes the main plot change the direction. That is why Crazy Awesome Teachers is worth your while if you are planning to watch it in any case.

Summing up Crazy Awesome Teachers, I would not dissuade you from watching it neither will I ask you to, this is an average movie. Streaming this or skipping it won’t change much.

Netflix’s ‘Crazy Awesome Teachers’ Review: Enjoyable but Only at Times!