New Delhi: India on Thursday announced support for a mega infrastructure project for its Southern neighbour, the Maldives, focusing on greater connectivity. The Indian Ocean island nation has always been popular with tourists for its beaches and turquoise waters. It has become a focal point in China’s Belt and Road Initiative focused on building trade and transport links across the region.

India on Thursday pledged $500 million to help in the implementation of GMCP, the largest infrastructure project in the Maldives as declared by the foreign ministers of the two countries. The Greater Malé Connectivity Project (GMCP), the largest ever infrastructure project within the nation, will get a financial package consisting of a grant of $100 million and a brand new Line of Credit of $400 million to build bridges and causeways linking the capital Male to three neighbouring islets. 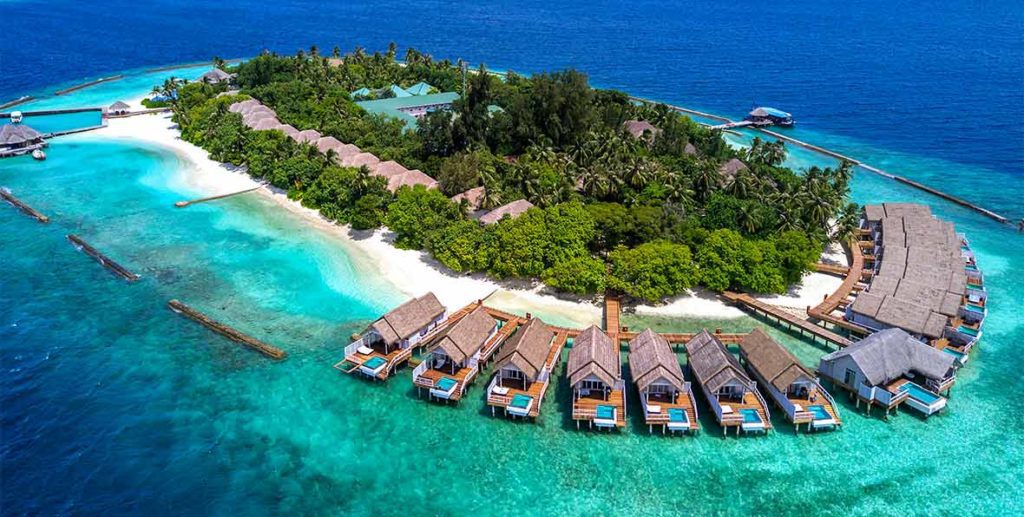 As told by the Maldives Foreign Minister Abdulla Shahid in a statement “Once completed, the project will be the single largest infrastructure project in the Maldives.” Certainly being the largest civilian infrastructure mission within the Maldives, it would connect Malé with three neighbouring islands – Villingili, Gulhifahu, and Thilafushi – by developing a bridge-and-causeway hyperlink that would span about 6.7 km.

In fact, India is also providing financial support for the construction of a port in Gulhifahu. “After completion, this landmark project will streamline connectivity between the four islands, thereby boosting economic activity, increasing employment and promoting holistic urban development in the Male region,” the Ministry of External Affairs(MEA) said in a statement.

Warm and fruitful discussion with FM @abdulla_shahid of #Maldives. Agreed that the #COVID19 pandemic has brought the two nations even closer. We will be reliable partners in meeting both aspirations and challenges. pic.twitter.com/Pozmew1q3S

Alongside this mega project, the federal government also announced the launch of cargo ferry services and air travel bubble between the two nations. The ferry service aims to enhance the bilateral trade and connectivity further boosting the economic partnership between the two countries. “The cargo ferry service will enhance sea connectivity and provide predictability in supplies for importers in Maldives and exporters in India. It will also reduce logistics costs and times for traders,” the MEA said.

Given the financial challenges faced by the Maldives due to the COVID-19 situation, India has pledged $250 million keeping up with its commitment to assist the Maldives in its economic recovery amidst the pandemic. It would help meet the urgent needs and support efforts so as to inhibit the spread of the coronavirus, which has infected over 5,300 people and claimed 21 lives in the Maldives. It will further help in tackling the monetary challenges faced by the island nation as a result of the global pandemic.

Referring to the creation of an air bubble, Maldives is the first neighbouring country with which an air bubble is being operationalized. “We’re also starting an air travel bubble with the Maldives to sustain and promote the dynamic people-to-people ties between the two countries,” Jaishankar stated.

The air bubble stands for India’s support to shore up tourism arrivals and revenue generation within the Maldives. The primary flight underneath the Air Bubble is expected to start on August 18 strictly following the Health protocols in both countries.

Regaining diplomatic influence in the Maldives

According to official sources, there has been a reset in relations between the two countries since President Ibrahim Solih resumed the workplace in November 2018. He called the financial package “a landmark moment in Maldives-India cooperation”. If sources are to be believed, “Within the final one and a half years, President Solih and his Authorities have acted on its ‘India First’ coverage in proper earnest. In step with its ‘Neighbourhood First’ coverage, India has laboured pro-actively to deepen its ties with the Maldives.”

The entire monetary dedication of India within the Maldives that covers all mortgage and grant tasks is over US$ 2 billion. GMCP was a principal election promise of the ruling MDP. For this reason, Solih had personally sought India’s help the past September. “It’s noteworthy that approvals for a mission of this scale have been possible in less than a span of 12 months. That is unprecedented and is testimony to the particular relations between India and the Maldives,” sources stated.