Sam Jay: 3 In The Morning premiered on 4 August 2020. This is the comedian’s Netflix Comedy Special debut. She talks about sexuality, the complexities of travelling with her significant other, Greta Thunberg, and more! Get ready to hear a lot of Ni*gr, F*ck, D**k, and more!

The Audacity, You See…

Netflix is one of those places where time and again you’ll be introduced to new comedians and artists. This time Netflix brought to us Sam Jay and honestly, I never heard of her before. So, obviously, I had many thoughts in my head before going into it.

Sam Jay: 3 In The Morning is the comedian’s debut show on Netflix. It is a witty, bang-on debut that’ll give you some good laughs throughout. 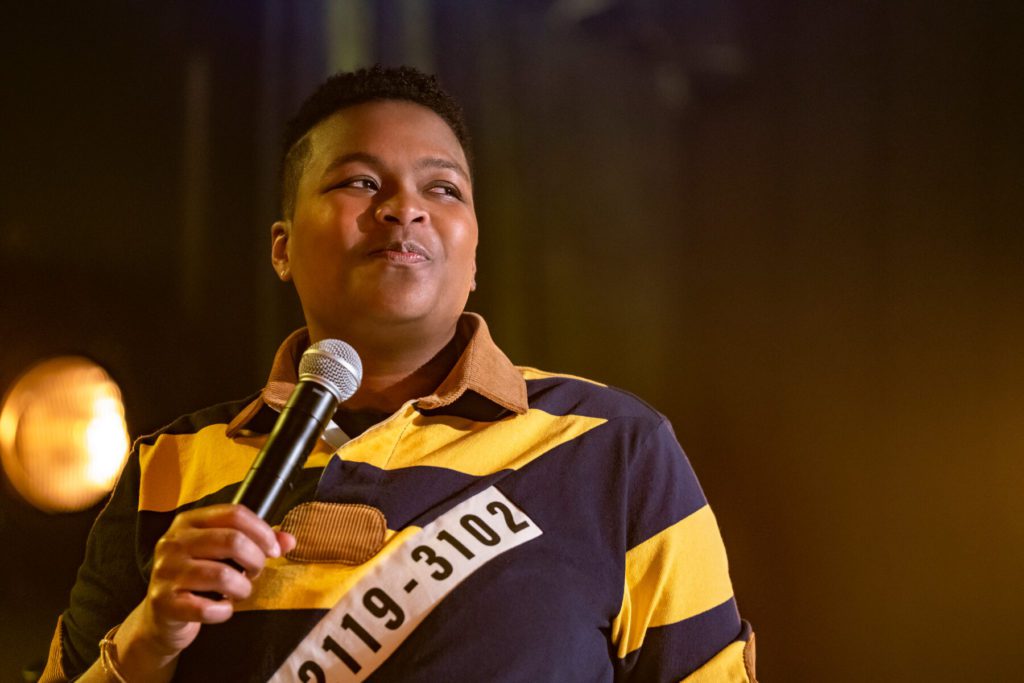 The comedian’s approach towards her jokes and commentary is raw. She’ll say what she wants to say in the exact words and if that grosses you out, well, your loss! Jay talks about a realistic scenario of when she first got her taste of women and how she then realized that sex was meant to be enjoyed and was not a job. It’s not a competition!

She starts with the set with her own masculine-presenting identity and the way both her girlfriend and cisgender men interpret it. And usually, they are wrong, all of them.

As the set progresses, she talks about the audacity of white people and how they made a museum out of everything they stole while the scenario is a bit different with people of colour. With such comments, Jay points fingers towards the racial supremacy that has been part of our cultures.

She talks about trans women, sex, lesbians, white people, #MeToo, and more in an attitude-filled, confident way – something raw and funny!

Her opinion of Greta Thunberg is different than what most of us think of. She hates her because she blames global warming on adults rather than saying we all did bad, let’s fix this together. It’s a different perspective, and something to think about. The meaning of her entire set speaks volumes. It isn’t just a comedy special, it’s truth served with a garnish of jokes!

She also talks about white women feminism where they believe in their right and has no idea what women of other race need, how they fail to make it inclusive and they believe once their needs are fulfilled the rights will trickle down to other races and fulfil them too, which isn’t always the case.

STREAM IT! The one-hour-long stand up is amazing and worth watching. Sam Jay is honest and raw in her opinions and nothing can stop her! After all, why can’t women just pee standing or have a chill time in the bathroom like men without fearing someone would rape them in those small outside toilets?

Sam Jay: 3 In The Morning is smart, funny, and cleverly knit and is filled with insight, pride, strength, and confidence! I would love to see more of Sam Jay on Netflix because it’s worth every minute of it. Also, special mention to Sam Jay’s mother. I’m proud of her.

Sam Jay: 3 In The Morning is now streaming on Netflix.