Star Wars has been a fan favorite franchise for many of us since our childhood. The series continues to win hearts to this day even after 4 decades. The series stepped into the world of gaming back in the early ’80s. Since then the storyline and gameplay of Star Wars games have seen major improvements. However, it seems that the space combat genre is set to make a comeback to the gaming series after more than two decades of being sidelined – Enter Star Wars Squadrons.

The next game in the franchise was first announced on 15 June during EA Play. The game by dropping a trailer late in the evening getting fans all hyped up about it. Squadrons will mark the first time EA has focused on the space combat part of Star Wars saga since 1999’s X-Wing Alliance.

A Shift from the Classic Approach

If we look at Star Wars we can sum up the series into 3 core elements. The first one would be the most obvious, The Force and the people associated with it i.e. The Jedi Knights and The Sith. The second aspect of the series would be the battle between the armies of these two forces. The armies being Sith’s Empire (or now called the First Order) and the Resistance which is fighting for freedom from the tyrannical rule of the Empire. The third aspect is arguably the most under-rated aspect of the franchise – space combats. If we look at the Star Wars series we will find that it is full of space combat sequences and it is one of the reasons for Star Wars’ popularity. 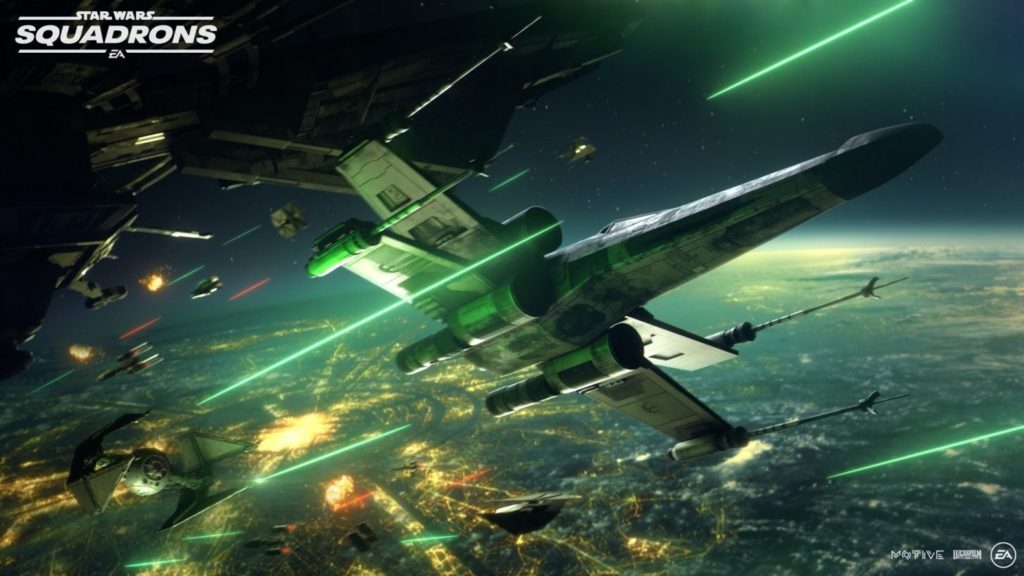 EA released many games featuring the adventures of the Jedi Knights in the action-adventure games like The Force Unleashed and Jedi the Fallen Order. These games focused on the adventures of Force Users and how their actions played a part in the struggle for freedom in the galaxy. Games like Battlefront series were rooted in the first-person shooter genre, featuring battles between the two armies. We had to play a character in both sides of the two forces and it featured some vehicular combat too like battling on Speedrunners and AT-STs. The Battlefront games also featured brief air combats too. However, it did not do any justice to the space combat element of the series, more specifically the flight simulation aspect.

With Star Wars: Squadrons, EA has revived one of the core elements of the series which was abandoned back in the late 90s. The X-Wing series was released first back in 1993. After a few successful installments, it vanished from LucasArts’ focus after 1998. The X-Wing series was essentially a flight simulator that allowed users to take part in space dogfights and allowed users to somewhat experience the space combat genre of the Star Wars. However, the actions that can be performed by the player were quite limited. 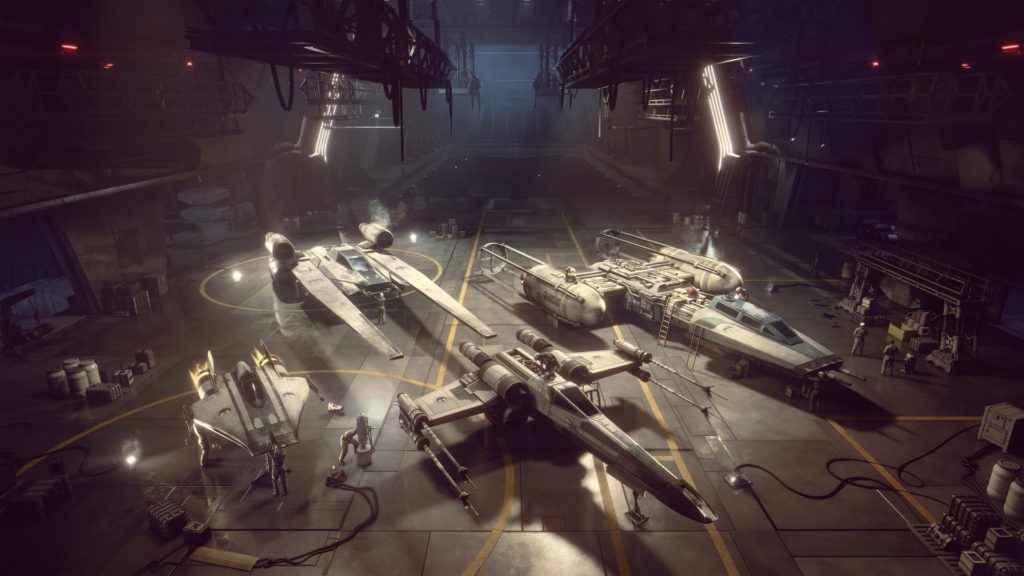 Star War Squadrons from EA seems to be making an effort to give fans some actual space combat experience with a dedicated campaign mode and a variety of missions a player can perform during the game. The game has already turned heads ever since the drop of its gameplay back in mid-June.

The gameplay sequence released during EA Play flaunted its dedication to the flight-simulation aspect of the game. Ian Frazier, Creative Director, Motive Studios, during the event, revealed that they tried to make the cockpit of the ships almost the same as shown in the Classic 1970s Star Wars movies. 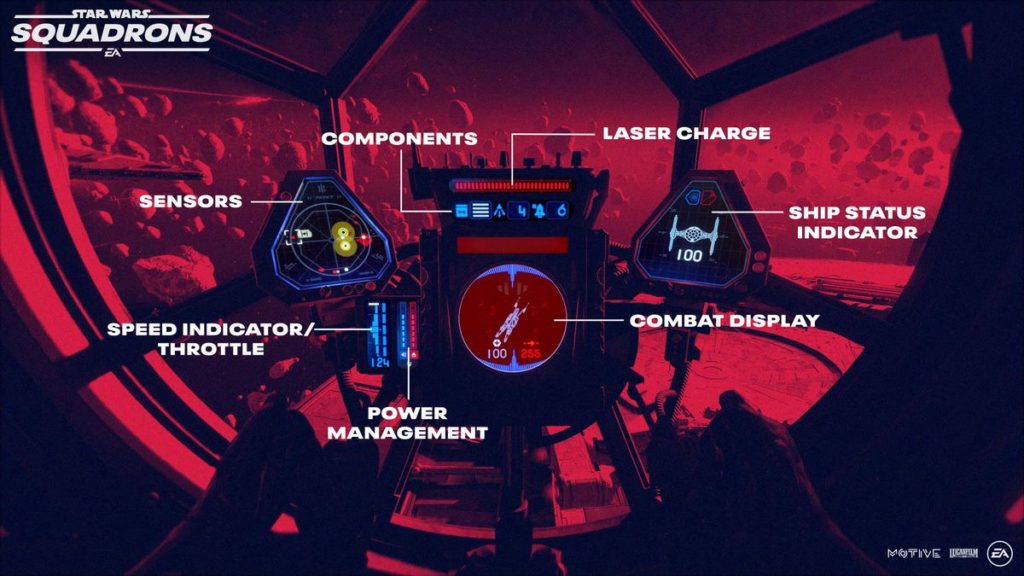 The game has a dedicated campaign mode for gamers who would like to explore the story of the franchise and also includes a multiplayer mode. The multiplayer section can be regarded as level with increased difficulty and developers recommended that fans play the campaign mode first and get the gist of the game before jumping to the multi-player section. The game is set after the events of the movie, Return of the Jedi. It follows the aftermath of the destruction of the second Death Star. Player gets to play two characters throughout the game – a pilot of the Empire’s Titan Squadron and another pilot of the New Republic’s Vanguard Squadron. Players are tagged in a team of five pilots and take part in various space combat missions throughout the galaxy.

The players get to fly an Imperial TIE fighter or New Republic’s X-Wing fighter. These ships can be further broken down into 4 classes of ships: Fighters, Bombers, Interceptors, and Support Ships. The controls of these different ships remain the same. The game comes with a Power Management System. Using this unique feature pilots would be able to divert power to different components of the ship. The ship offers different components such as Lasers, Sheilds, and Engines. 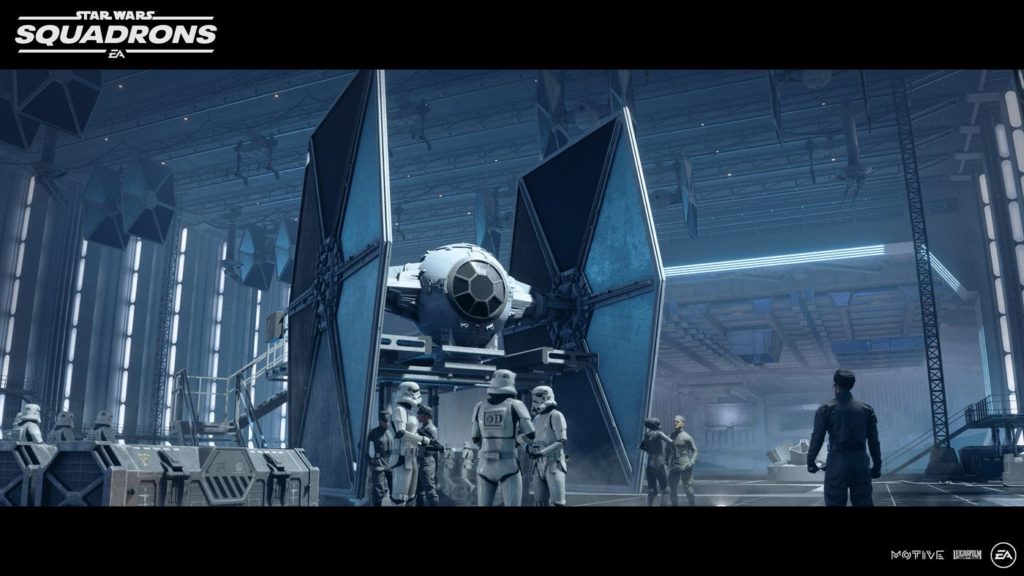 Diverting power to these components would yield different results giving an edge to the player during combat. It also offers customization of ships so that players can customize them according to their gaming style. The gameplay clearly stated that Power Management is going to be an essential part of the game and balancing the power of the ship efficiently is going to help players improve their piloting and combat skills.

Star Wars Squadrons is set to release on October 2nd, 2020. It will offer cross-platform support and would launch on PC, PlayStation 4, Xbox One, and will also include VR support.