The world has now seen Halo: Infinite in its glory and the world is confused. At Xbox Games Showcase last night, we got our first look at the next installment in Xbox’s signature franchise, and the results were a little…neutral?

Before all the Xbox fans jump into the comments to call me a Sony shill, let’s take a breather. Halo: Infinite is 343 Industry’s next installment in the franchise that launched Xbox into the console market. The game will be releasing on Xbox Series X, PC, and Xbox One. It’s the last part which is a little concerning. Taking a look at the Series X’s hardware, it’s pretty clear that the next-gen jump in graphics and fidelity should be huge. The inclusion of high-end CPU, graphics, and SSD is bound to help game developers realize their creative vision to the fullest.

Xbox knows that, and that’s why they’ve been pushing the Xbox Series X’s 12 Teraflop spec as an achievement. In an ideal world, that wouldn’t be out of the norm as next-gen games would showcase a new console’s new capabilities a lot. However, when it comes to Halo: Infinite, the world is far from ideal. Since the game is also coming to Xbox One, there’s reason to believe that it was developed with the 2013 hardware in mind. And that is Halo Infinite’s fatal flaw. 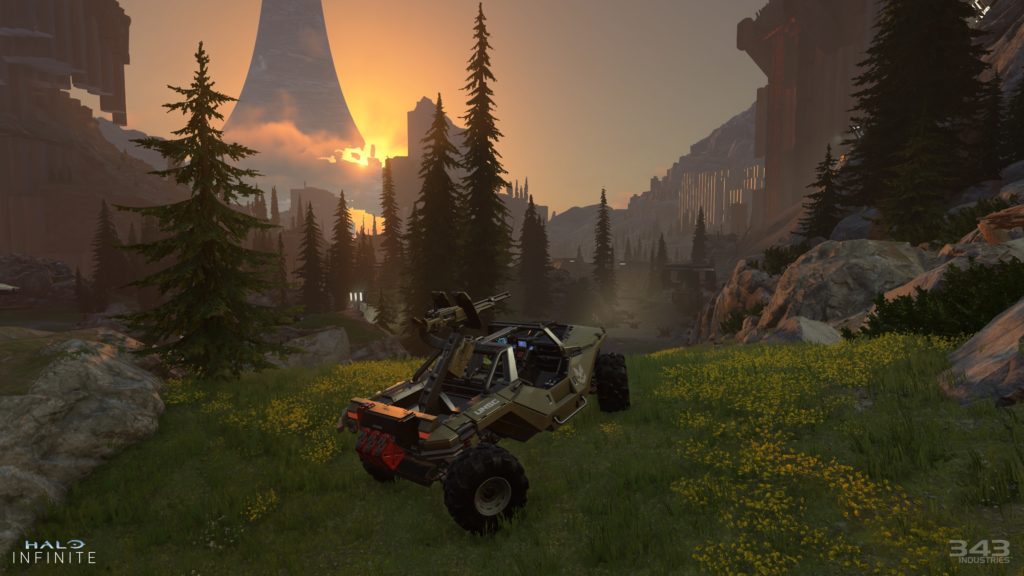 Before I go any further, I should also note that the game does look fun. This article isn’t a knock on the “fun factor” of Infinite, or how it’s evoking nostalgia, nor should it be used to ridicule the game for what it is. This is simply an observation that I, along with many concerned Xbox gamers, have made.

How Xbox One is Holding Back Halo Infinite 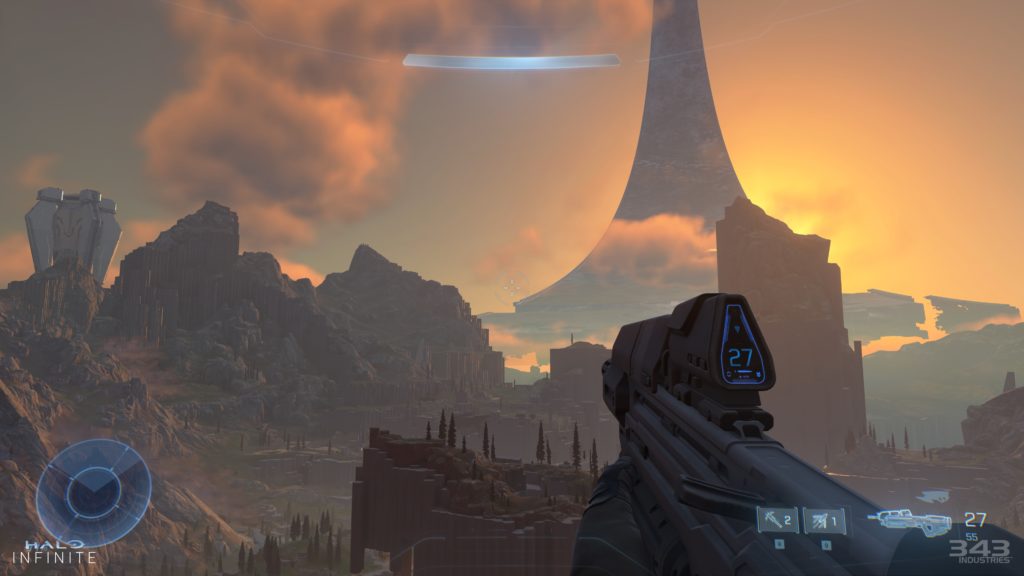 When Phil Spencer said that they’ll bring most of their first party lineup to Xbox One alongside Xbox Series X, it was met with a divisive reaction. A lot of gamers were happy that Xbox is still going to support their existing userbase, and that’s a good thing. A lot of other people took it as – Cross-gen development will ultimately hurt the next-gen games. I agree with both parties. However, Spencer also said that development with Xbox One won’t hold back Series X versions, and that’s not entirely true.

The original Xbox One hardware was revealed back in 2013, and even by the standards of its time, was a little underwhelming. It’s a well-known fact that the biggest weakness with the current-gen PS4 and Xbox are its Jaguar CPUs, originally meant for low-power laptops. It’s also the reason why so many graphically beautiful games run at, for the most part, around 30 FPS. One of the things that next-gen is going to bring is higher resolutions, but more importantly, higher framerates. In that regard, Halo Infinite is already playing on its best foot forward – 4K 60 FPS on Xbox One X and Series X. It’ll still run at 60 FPS on the OG Xbox One, only at a sub 1080p resolution. That’s still a pretty good thing for a 1st party AAA title.

However, the hardware in the Xbox Series X is a big deal. It’s something that will redefine game design in the near future, fundamentally changing how we play games, especially with the SSD. Just take a look at Ratchet and Clank: Rift Apart. It’s designed in a way to take advantage of the PS5’s hardware in ways that it couldn’t work on the PS4. I would have expected Halo Infinite, as its Xbox’s signature franchise, to be a little more innovative with its visuals and gameplay.

However, I understand Microsoft’s decision to cater to its wider player base, which undoubtedly includes millions of Xbox One buyers and PC gamers. But it still doesn’t stop the game from looking comfortably a current-gen experience, and not close to what people expect from a next-gen AAA experience. Add on top how the game is being sold as ‘a platform’ over being a complete experience, and that’s where Destiny players will tell you it’s not a completely good thing.

– 343 views Infinite as a 'platform' that grows over time
– Infinite is the last standalone release for the foreseeable future
– new story content will be for Infinite
– Free raytracing update coming after launchhttps://t.co/GpiQMk2hoy pic.twitter.com/aTnUM6FwnG

It’s a Good Thing For Gamers…Thanks to Game Pass 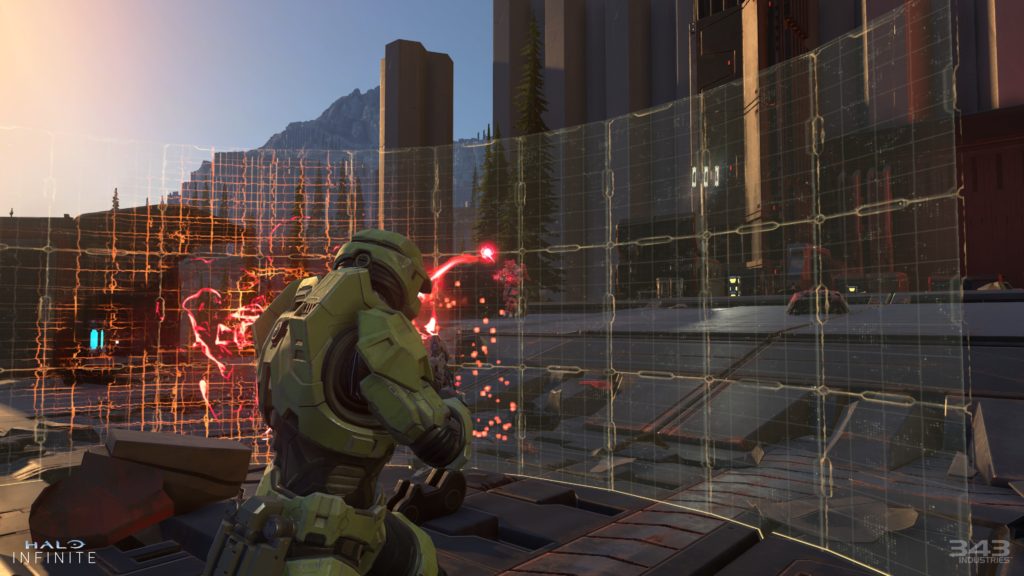 Ultimately, bringing Halo Infinite to more gamers at the cost of graphical fidelity is more profitable. Some might say it’s more consumer-friendly, which it certainly is. We’ve seen now how Xbox Game Pass is more important to Microsoft over selling more hardware. As long as you’re using their services, Microsoft doesn’t care if they sell less Xbox hardware.

Halo Infinite, much like all of their other reveals, will be also available on Game Pass on day one. It’s also coming to Steam. This means it will be accessible to more gamers than all those amazing PS5 exclusives. That’s what’s important. That is Microsoft’s not-so-secret weapon. I can rest easy knowing I won’t need to buy an Xbox Series X (or Series S), as all the games will be coming to PC for a low monthly fee.

Xbox has certainly changed their tracks for the better. Shifting away from hardware and focusing on services is a strong move, one that I would expect from a Microsoft branch. They have evaluated their mistakes this generation and are focusing on fixing it by doing the complete opposite – Focusing on the GAMES.

This post first appeared on TechQuila, please read the originial post: here
People also like
Trivial Proof of the Collatz Conjecture
What Makes Roulette Such a Great Game?
Afterthoughts Part 2 Good and Evil
Get 3 Months Of Xbox Game Pass For Just $1/Rs. 50, Also Available For Existing Subscribers
Handy Tips That Will Help You Make A Lot Of Sales On Amazon