If the world wasn’t scary enough already, then hackers are here to make it worse for us. Bitcoin scammers, in the early hours of dawn, hacked the Twitter accounts of many prominent celebrities. Here’s a list of the accounts:

The above-stated accounts posted similar tweets that appeared to promote cryptocurrency scams. Have a look at some screenshots about the same: 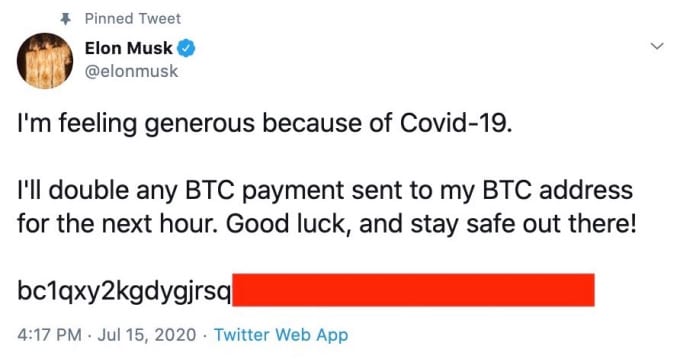 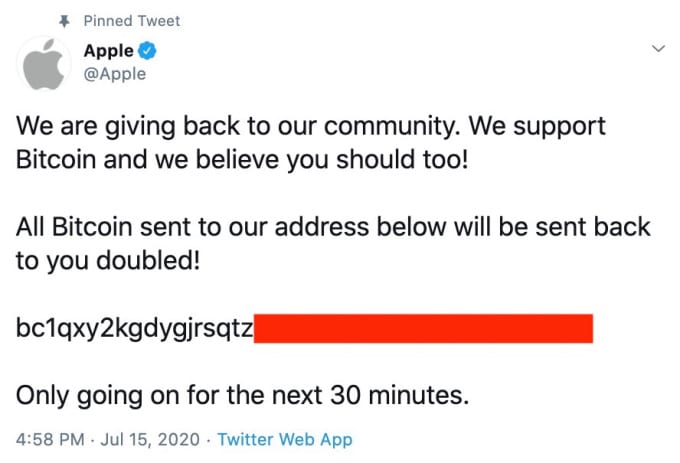 If that’s wasn’t enough, all the hacked accounts tweeted that they will be doubling the payments sent to their Bitcoin address for the next 30 minutes. The tweets were not the exact same but almost similar. Along with this message a link was attached to where to send the Bitcoins.

#Bitcoin #hacked #ElonMusk and Many More on Trending

As soon as the tweets were made public, news spread on Twitter like wildfire. People caught on to what was going on, and various hashtags such as #hacked, #Bitcoin, #twittehack, #hackers, #JoeBidden, #ElonMusk, and many more started to trend at the top of the trending list.

Also Read: Jio TV+ to Curate Content of Over 12 OTT Platforms into One App

In a tweet, Twitter’s support account said: “We are aware of a security incident impacting accounts on Twitter. We are investigating and taking steps to fix it. We will update everyone shortly.” Further in another tweet, it said, “You may be unable to Tweet or reset your password while we review and address this incident.“

We are aware of a security incident impacting accounts on Twitter. We are investigating and taking steps to fix it. We will update everyone shortly.

One hour later, they tweeted, “We’re continuing to limit the ability to Tweet, reset your password, and some other account functionalities while we look into this. Thanks for your patience.” And the most recent tweet which was made at around 6:15 IST said, “Most accounts should be able to Tweet again. As we continue working on a fix, this functionality may come and go. We’re working to get things back to normal as quickly as possible.“

The sheer number of Twitter Accounts Hacked, that too of well-known personalities, made this the biggest security incident in Twitter’s history. This not only led people to wonder how safe they are on the internet but also questioned their privacy and a possible data breach.

Leaders around the world take to Twitter to make big policy announcements. If the hackers took over accounts of such leaders, it could have devastating consequences. The hack raised concerns about whether any account on the platform is truly safe or not.

This post first appeared on TechQuila, please read the originial post: here
People also like
Now introducing podcasts
Automatically Post To Social Media From Airtable
Xavi gives 2 reasons why Ansu Fati didn't start vs Real Sociedad - one has to do with Ferran
6 Brainy Ways to Proceed When You Owe IRS Back Taxes