The Twelve is a Flemish Series which is currently streaming on Netflix, there are a total of ten episodes. This particular series will strike a different chord with the viewers as this has a very different take on how a courtroom drama usually proceeds. ‘The Twelve’ has already gained considerable popularity post its release on the streaming giant.

What is strikingly different and of course unique, is the sole storytelling style, its fluid but it is not something you’d normally be anticipating from a murder case. This whole narrative has been steered towards how we often don’t look at situations the way we are ideally supposed to look at. More than a murder mystery, this should be watched for the way it treats the twists in the plot. 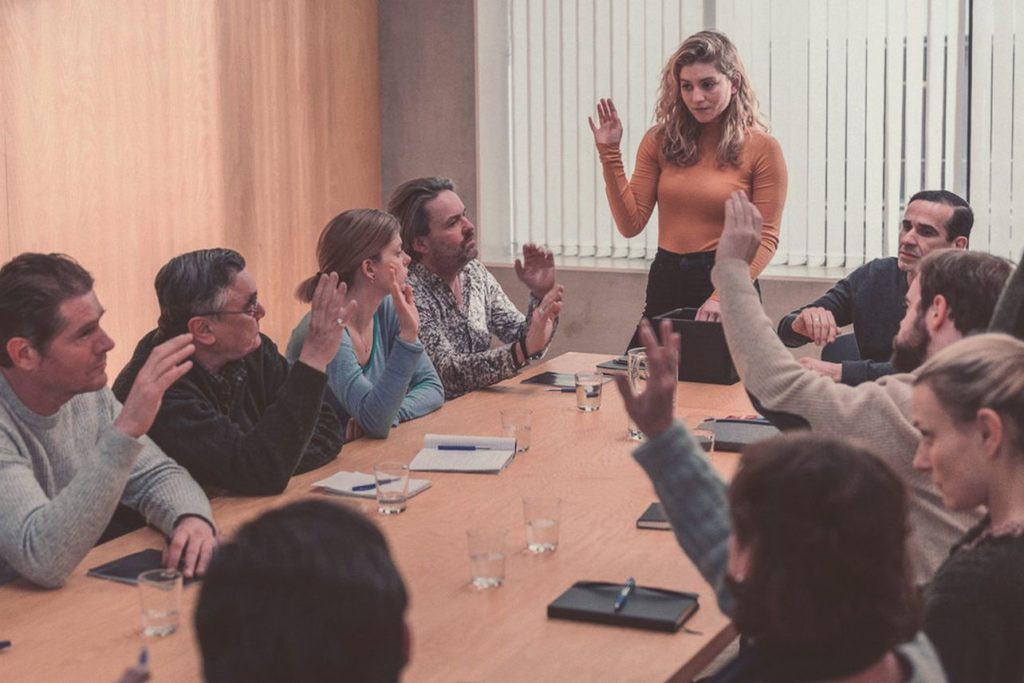 I can personally affirm to this fact that this series will undoubtedly hold your attention unwaveringly. The series might cause a bit of confusion towards the end, treat this as a disclaimer so that you pay attention during the whole time while watching the series.

Our protagonist Frie Palmers (Maaike Cafmeyer) has two homicides pinned on her, these two cases are eighteen years apart. The series ‘The Twelve’ is also referred to as ‘De Twaalf’. Initially, this will seem like a courtroom drama that primarily focusses on the crime and the unravelling of the offender, but this soon changes into a story that has a lot to do with just the crime and the criminal.

The story is entwined, that is the catch here because leaving that out, this series would feel like a drab to you. I am sure we have watched many courtroom dramas, to begin with, the narrative of such dramas are usually restricted to just inside the courtroom, having to deal with just the crime and criminal. 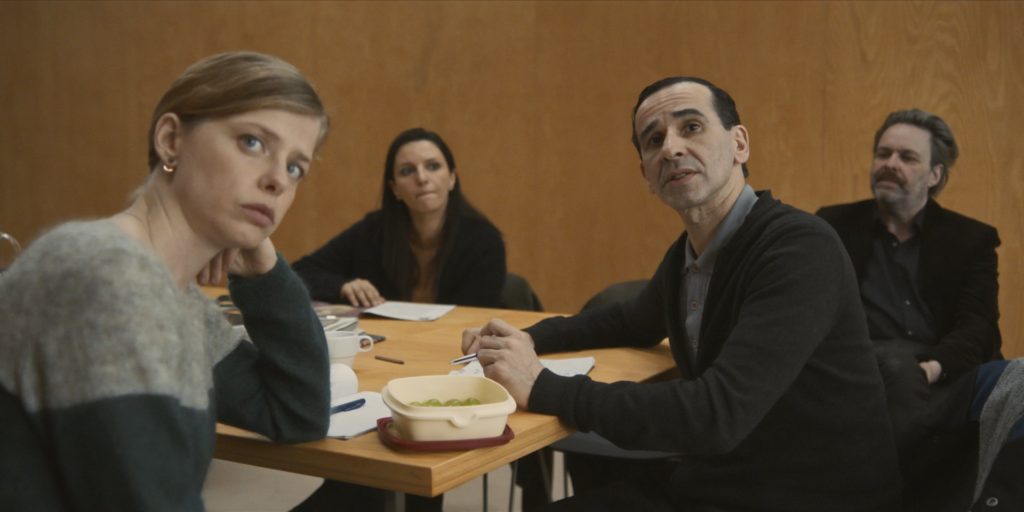 This murder mystery goes way beyond the four walls of a courtroom, the name of the series has been based on twelve jurors and precisely how they have been instrumental into turning the whole narrative around.

This series has focussed on the lives of these twelve jurors, how their personal lives parallelly run throughout the show. These are the subplots of the series, the idea is to skillfully show how the lives of the jurors can affect the decision making of the jurors in this case. So, now we have twelve different perspectives brought to the table dealing with one case.

A Revelation in Each episode!

Since there is way too many point of views, one is bound to lose track of their thoughts and how the story progresses as there are many subplots that are running along with the main plot. You can keep expecting new details each time you start a new episode, information that will again steer the whole story in a different direction. 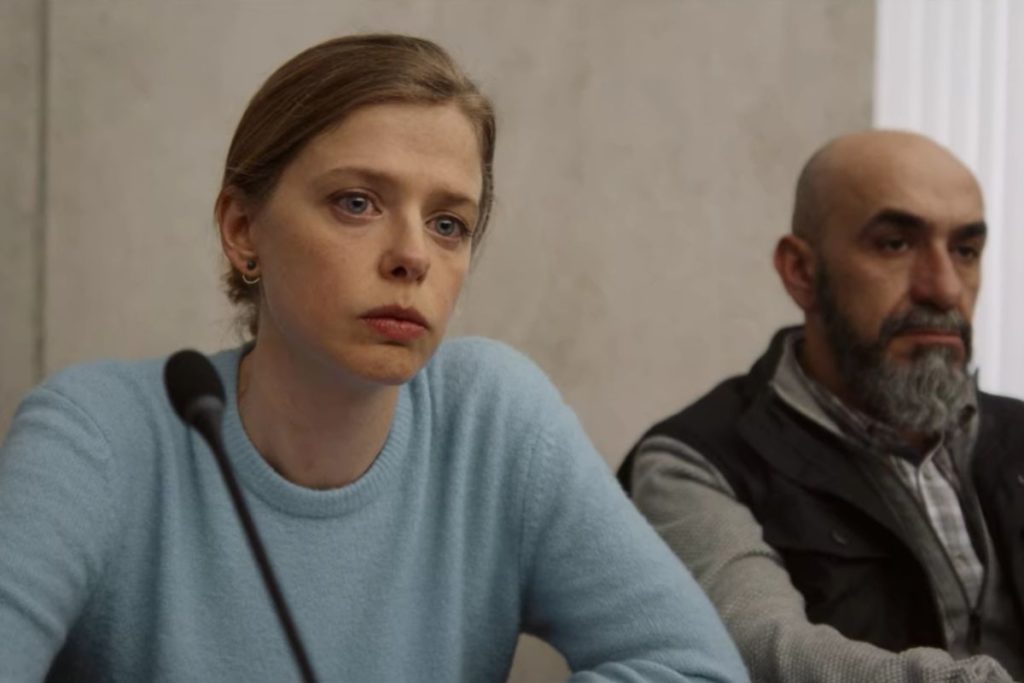 There are members in the group that have troubled relationships pr even holding back a secret that could make you gasp a little. What will seem refreshing amidst all the drama is each and every character has been provided with the opportunity to talk, this helps us understand the sides of each story.

With every divulgence, my brain was scrambled because it jolted me as though I was a part of the jury, you are likely to experience the same. ‘The Twelve’ will confuse you, make you insecure and almost scare you while you’ll keep hoping that the verdict doesn’t get diluted with the new divulgence.

The plot will feel like it is hanging in the middle, making you go absolutely nuts and honestly a little disoriented too! The pre-decision verdict will tell you a lot about how the personal experiences of these jurors led them to the decision. 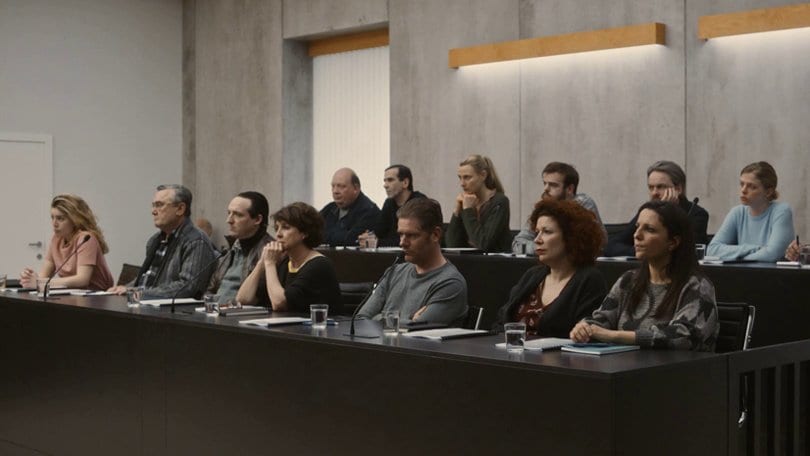 Everything will seemingly look like its headed towards the unexpected but then just what you expected happens (sorry for the teeny tiny spoiler). You will want to sympathize with Frie and then not sympathize the next moment.

The end leaves you with so many questions, so many valid questions but the writers have left the loose thread, you can hold onto it and draw out you on conclusions.

This post first appeared on TechQuila, please read the originial post: here
People also like
How Does Blackjack in Latin America Work?
The BEST Harry Potter Pumpkin Juice Recipe
Healthcare Organizations Reward and Foster the Wellbeing of Employees for Dedication During Covid and Beyond
Beef Lightning Megaways Slot Review – Big Time Gaming
Meow Bar, Moscow
iPhone 12 Line-Up Tops Charts in Q1 2021
Have transaction data from all your sources joined in one place