SoftBank’s Vision Fund has been making the news recently, and not in a good way. The massive corporation – led by Masayoshi Son, Japan’s richest man, initially started as a software distribution platform in 1981, and over the course of 39 years, the company ventured into broadband, telecom, e-commerce, finance, venture capital, and other areas. SoftBank’s investment in Alibaba, $20M in 2000, turned into $60B when Alibaba went public in September 2014.

Since then, Son has been trying to turn, or at least venture, SoftBank into an investment firm.

In May of 2017, SoftBank announced its partnership with the Public Investment Fund of Saudi Arabia (PIF) (along with other investors) to create the Softbank Vision Fund, the world’s largest private equity fund with a capital of about $93B. Through Softbank Vision Fund, CEO Masayoshi Son explained his intent to invest in tech companies working in artificial intelligence, robotics, and the Internet of Things (IoT). 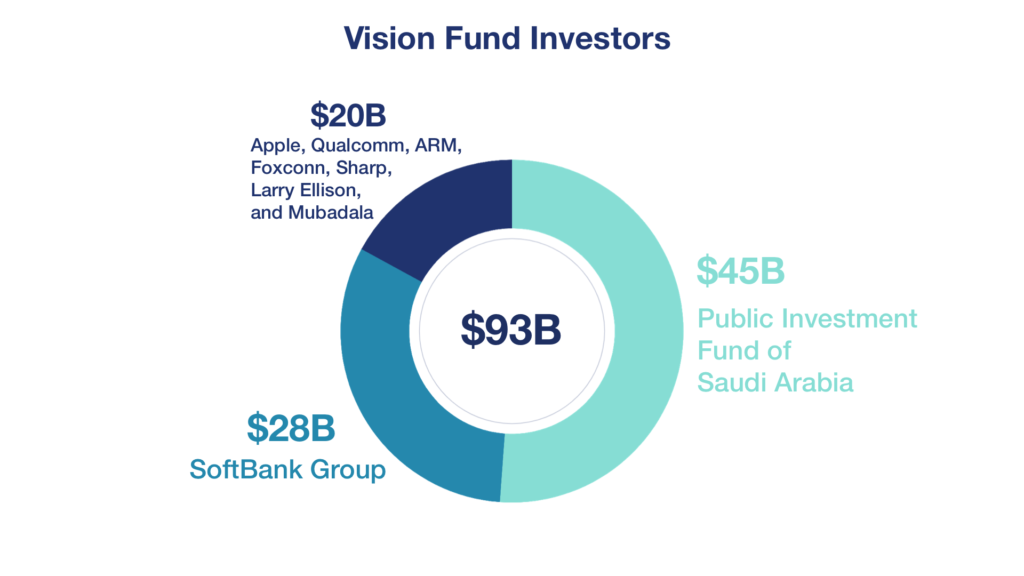 Son convinced Saudi Arabia’s then-Deputy Crown Prince, Mohammad Bin Salman Al Saud, to inject $45B into the Vision Fund over 5 years, making PIF of Saudi Arabia the main investor. SoftBank contributed about $28B to the investment fund. Other investors included Apple, Qualcomm, ARM, Foxconn, Sharp, Larry Ellison, and Mubadala that, together, contributed about $20B to the fund. 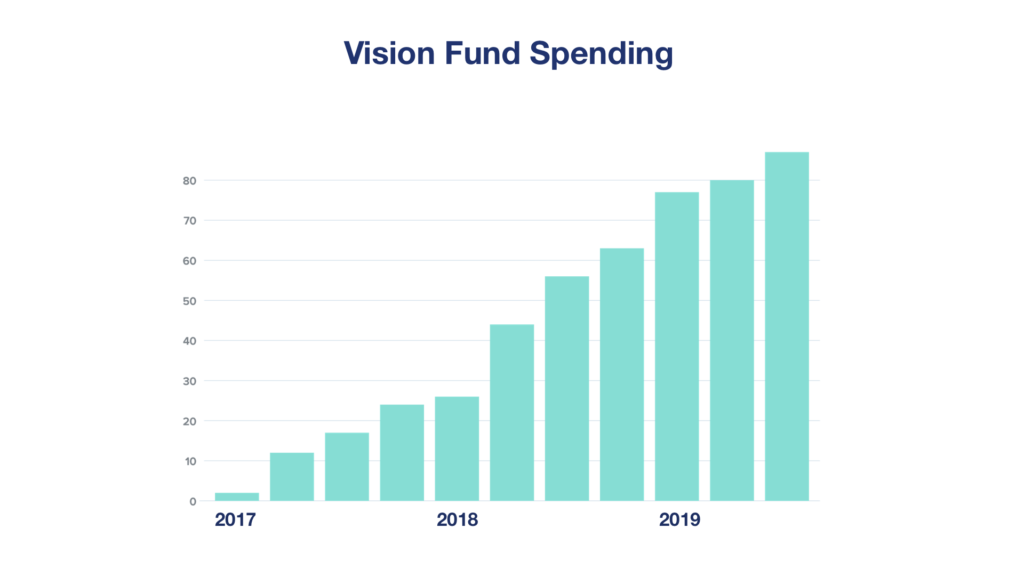 Son was quick in spending the money. By the end of 2018, Son had already invested an upwards of $50B in companies like Uber, Nvidia, WeWork, Ola, Paytm, and Flipkart. Currently, SoftBank has invested in about 90 companies, from regions around the world and in different sectors. A major chunk of this money has been invested in Didi Chuxing, a ride-hailing service in China.

The Vision Fund was working for Son. SoftBank reported a 62% return in the mid of 2019, after making 71 investments for a total of $64.2B, and the ride was supposed to be smooth from this point.

Even though SoftBank was making money, there were some high profile investments that lost them tons of money — WeWork being the prime example. Charmed by Adam Neumann (WeWork’s founder) SoftBank in August 2017, finalized a $4.4 billion investment in WeWork.

But the company failed to impress financial analysts. People couldn’t understand the business model of WeWork and were reluctant to invest in it. Even after these speculations, the company decided to go public and as a result of this, their valuation came down to ~$3B from $47B in just a year. Eventually, SoftBank had to step in and buy the company. SoftBank came up with a $9.5B ‘Rescue Package’ for WeWork and took over 80 percent of WeWork’s share.

Our homegrown Oyo, of which SoftBank owns a whopping 42%, received its $10B valuation late last year in a $1.5B funding round whose sole participants were Agarwal and the Vision Fund. But recently, Oyo has also been called ‘The Next WeWork’, since it has been losing money at an unprecedented rate.

Despite these high profile losses, SoftBank seemed to be doing alright. After the company’s share values saw a 138% drop in March, the company managed to add $12B to its portfolio. But then 2020 happened. 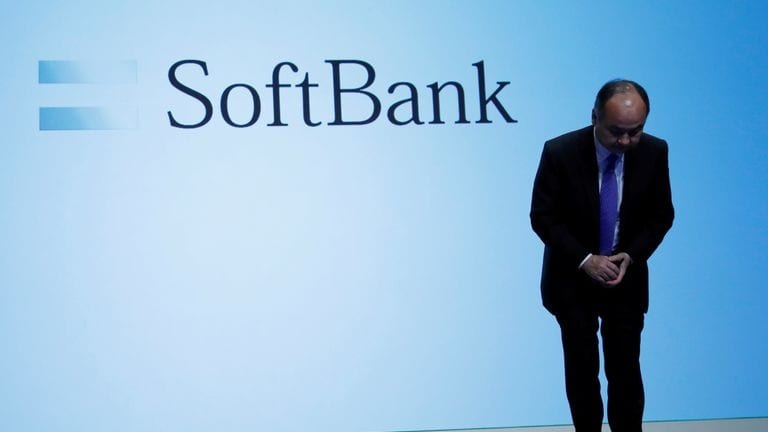 SoftBank reported a record operating loss of about $13B in April 2020, as it wrote down the valuations of companies like WeWork and Uber Technologies Inc. In just one year, the Vision Fund went from the main source of profits at SoftBank to the biggest contributor to that loss. The Vision Fund invested in a lot of companies that have been, particularly, hit so hard by the pandemic that it seems like it’s difficult to recover.

Ola, Uber, and Oyo have all laid-off people in the hope to cope with the virus. Son has lost faith in WeWork and may sell his stakes in the company, even though he publicly acclaims to support them.

The real takeaway from this can be money can not buy success. Son realized his mistake the hard way and apologized publicly for all the fiasco he’s created.

Even though he’s lost so much of money and created trouble, for himself and others, Son’s still determined. He’s still vouching for The Vision Fund 2, a similar project as The Vision Fund but with a valuation of $108B. But, now, it seems next-to-impossible due to pandemic.