It seems like, before every Assassin’s Creed title, a leak is bound to happen. Well, as they say – history repeats itself. Almost 30 minutes of new Assassin’s Creed: Valhalla gameplay has been leaked prior to it’s unveiling at the Ubisoft Forward event just a few days away. The leaked gameplay showcases a variety of gameplay (yes, actual gameplay) features including horseriding, combat,

We won’t be showing any pictures or sharing the footage here. As of this writing, Ubisoft is already taking down all the available video sources on YouTube. We can however discuss what the gameplay video reveals about Valhalla. 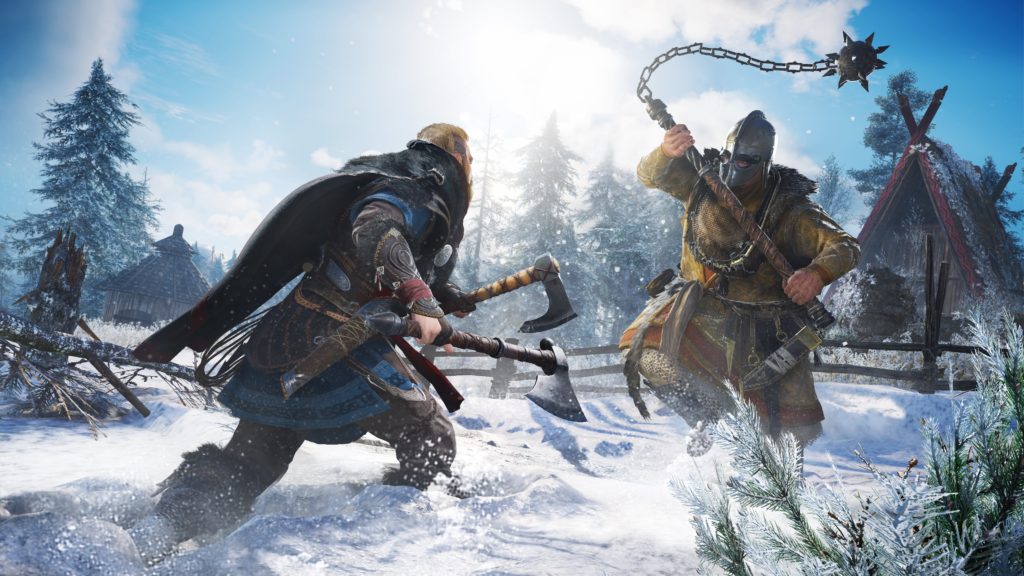 The footage begins with female Eivor on horseback traveling through a settlement, showcasing the new environments. Considering the time period of the game, it’s not a surprise to see the lack of much verticality in the environment. It honestly reminds me of Velen in The Witcher 3, a game which has heavily inspired the new RPG-backed era of Assassin’s Creed games.

From there we get to see Eivor in combat with some wolves (dual wielding action notwithstanding). We also see the return of the Eagle (well, this time it’s a raven) and its control mechanics look quite similar to Odyssey/Origins.

Another notable change here is the HUD element(s). The position of the health bar, which is reminiscent of the earlier games in the series. Other than that, it’s pretty clear how similar other elements are in relation to Odyssey. 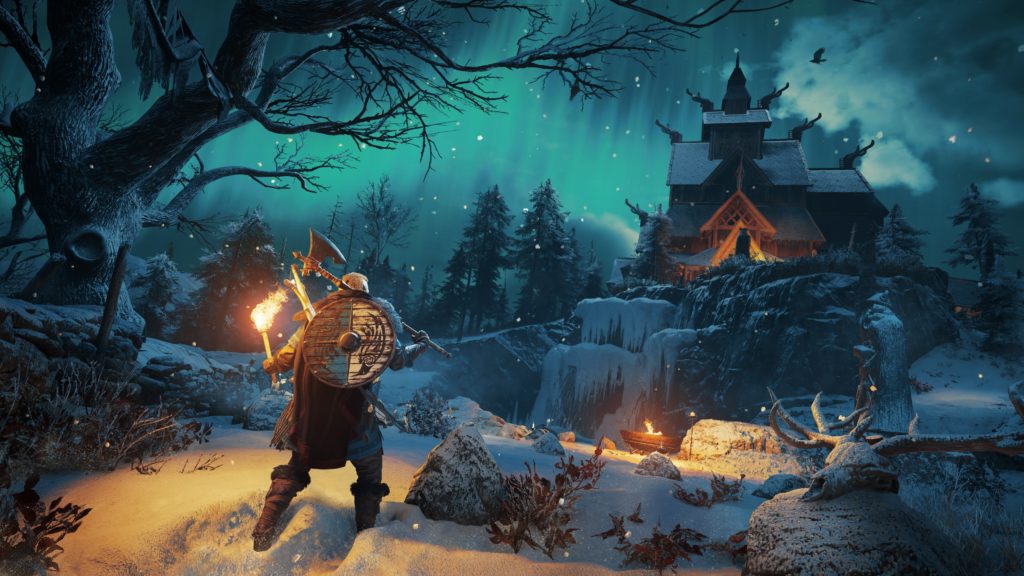 Assassin’s Creed: Valhalla has been poised as a return to the series’ roots in social stealth, while still including the RPG elements that made the last few games stand out. This leak however is not the only stain on its marketing, with Valhalla’s game director Ashraf Ismail announcing recently that he has stepped down from development due to personal issues.

Assassin’s Creed: Valhalla, will release worldwide Holiday 2020 on Xbox Series X, PlayStation 5, Xbox One, PlayStation 4, Stadia, and for Windows PC exclusively on both the Epic Games Store and the Ubisoft Store. The game will also be available on UPLAY+, Ubisoft’s subscription service. You can pre-order the game here.