Netflix’s ‘The Baby-Sitters Club’ Review: Not Your Regular Tween Drama!

The Baby-Sitters Club streaming on Netflix is a new show that is an adaptation of a book Series written by Ann M. Martin. It is a show that falls under tween drama, but it is quite watchable by people across all age groups. It is fresh, bright and beautifully composed to tell you the importance of sincere friendship.

Travels through History – France – Na…
The Time I Got Scammed For A Puppy
'Kroos messaged me at 4 am': Casemiro…
Saitama Versus Goku – Who Would Win?

This story is about 4 entrepreneurial girls who come together to form ‘The Baby-Sitters Club’, Kristy (Sophie Grace) is our leading character, who is funny and smart enough to recognise a market gap. The plot has shown to remain similar to the original storyline from the book series. ‘The Baby-Sitters Club’ shows the lives of young girls who are trying very hard to stay afloat in a “free market” of babysitters. 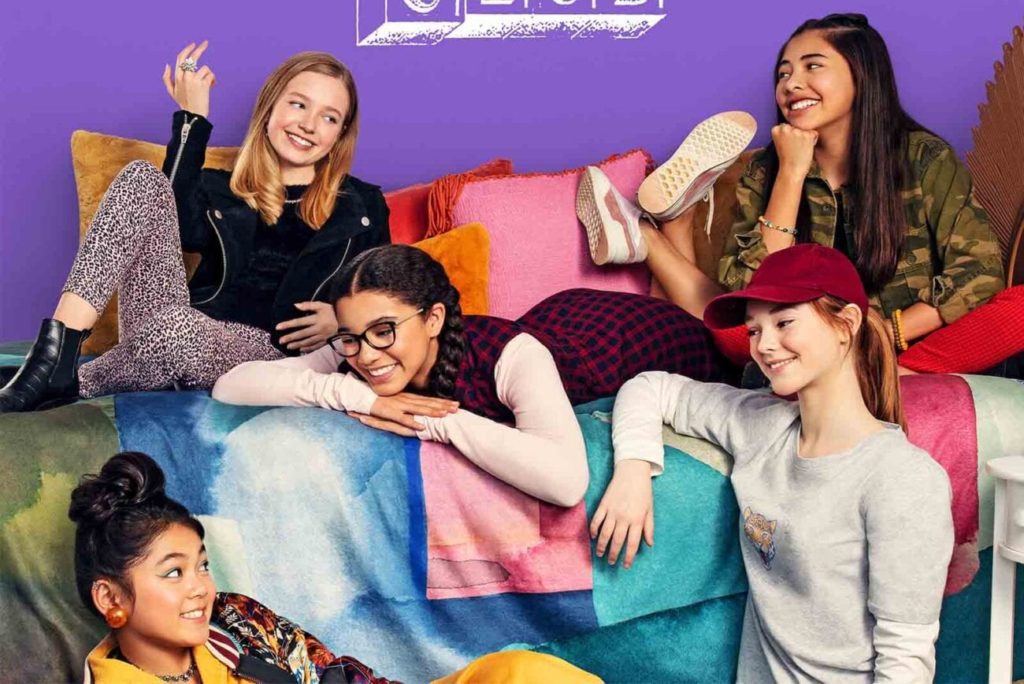 Through this series, there are other aspects of the lives of these kids that have been handled very well. The idea of Kristy, Mary-Anne, Stacey, Claudia and Dawn might not feel the exact same from the books if you have already read it. However, this version would not feel off the mark! The story is shown to take place at a very crucial point in their lives.

The Baby-Sitters Club does not alienate the older or the slightly mature audience even though it is essentially meant for a younger audience. It is a perfect family show with the right tinge of drama!

This series is definitely a lot more about friendships than actual babysitting, also about how friendship can be accommodating and reinforcing. The core characters are thoughtfully etched out along with developed. There are scenes which are light, funny and heartfelt. 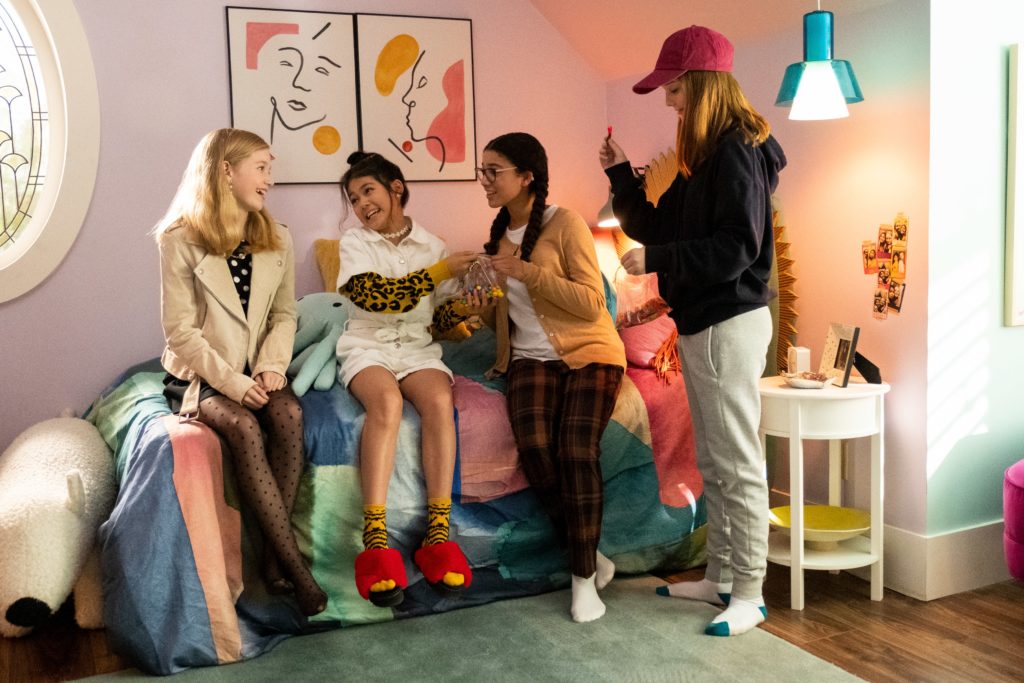 They all have curfew hours and other preoccupations to take care of, but they fix up schedules to accommodate according to the needs of their business. It is heartwarming to see kids being so thoughtful, compassionate and dedicated towards their work which has seen a number of hindrances!

The casting is absolutely perfect

Kristy’s character has so many layers. She is fierce, smart and kind too. Kristy is one of the most nuanced characters you will soon grow to like. She is thoughtful and protective of her mother. One such moment was when she said to her mother that she doesn’t need to wear a ring to show that she is his “property”.

You rarely see such moments of maturity in somebody so young. What I really loved about The Baby-Sitters Club has to be the breaking of stereotypes and archetypes. They show an Asian kid who flunks in Math but is great at Art (how many of those have you really seen?), my favourite character has to be Claudia Kishi. 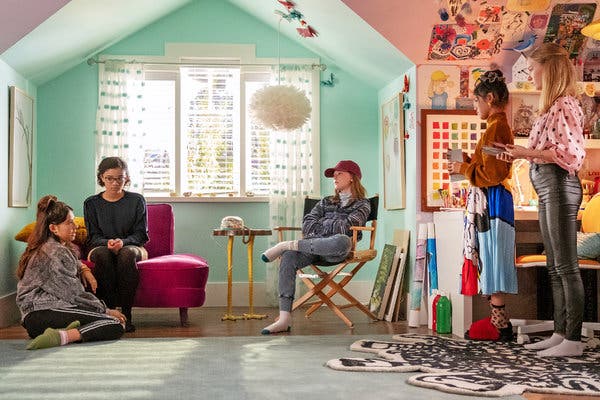 When I say this series is a lot more than just a tween drama, I mean so because let us consider how Mary-Anne just gracefully flew out of her cocoon, or how the whole group has been accepting of their new friend from New York.

I loved the detailing, though!

The show definitely has a very 90’s charm to it, the girls are dressed very 90’s too (you can see the difference). The wardrobe is unique, each character has a distinct wardrobe which suits their persona very well. The vintage landline phone that actually rings has my heart (Etsy is such a cool website). 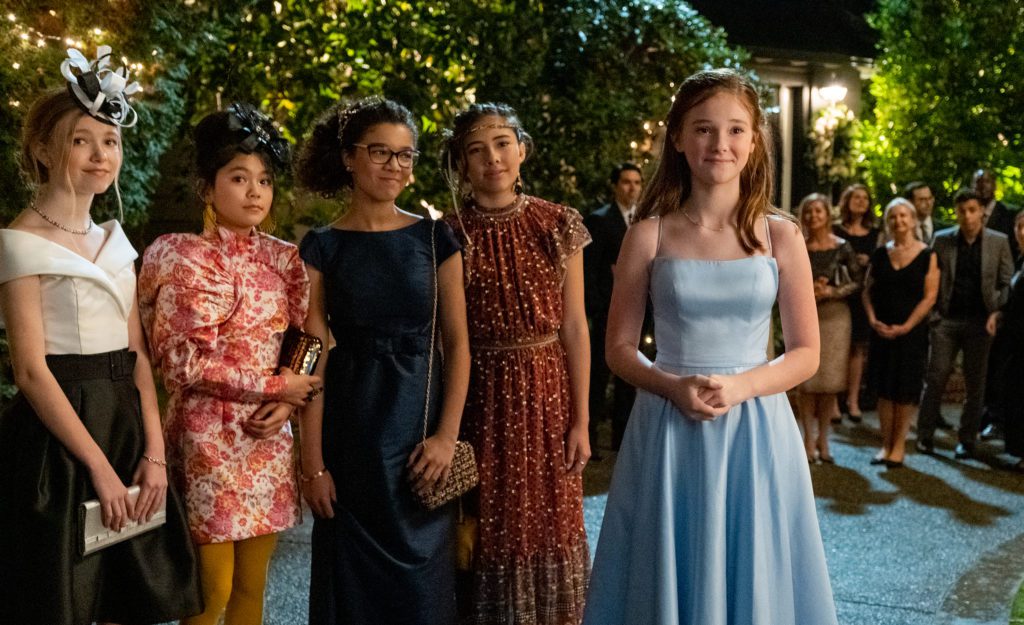 Claudia’s room is just like her, fun and spontaneous. Also, how could we possibly not talk about her grandmother!? There are regular problems that have been shown very well, like strict parents, bad grades, school dances, parents that are absent or the ones that are over-protective but despite it all, there are twists which will keep you entertained along the way.

Go watch it. It is a charming show and you need an easy-breezy entertainer once in a while. This might not seem like a promising watch to the older audience but it isn’t something that will disappoint you.

You’ll see how pleasingly the characters grow and handle their problems that are mightier than their age, every episode has a new plot so there’s no boredom there. But honestly, don’t expect a Stranger Things out of this series because it is not. This series is filled with humour, friendship and life so watch it as you learn a thing or two from these 12-year-olds!

This post first appeared on TechQuila, please read the originial post: here
People also like
Travels through History – France – Narbonne
The Time I Got Scammed For A Puppy
'Kroos messaged me at 4 am': Casemiro reveals he decided to leave Madrid after Champions League final
Saitama Versus Goku – Who Would Win?

Netflix’s ‘The Baby-Sitters Club’ Review: Not Your Regular Tween Drama!