Thiago Ventura is a famous name in Brazil in the stand-up comedy circle, although it is the first time that I have been exposed to his work. So, in this stand-up special, Thiago Ventura: POKAS, Thiago talks about life in a poor Brazilian community and various social issues.

Chalobah expected to ask for transfer…

Thiago Ventura: POKAS starts off with the comedian interacting with the audience while talking about various things. This portion is quick and there are 4 different topics that he talks about, and, adding the participation from the audience, it’s quite entertaining.

Now, I’ll just say this right now: since I don’t understand Brazilian Portuguese, there are some references and things that I didn’t understand. Because it honestly isn’t possible to translate the feel of a word in one language to another.

So with that out of the way, Ventura performs throughout the show. So, it’s not just the jokes, it’s also performing them. Which is quite fun and entertaining. Sometimes, the performance was funnier than the joke, and it did make me chuckle more than once. Case in point, there was a joke about someone stepping on poop, and the way Ventura performs it is just really funny. Also the bit about Little Junior – really funny. 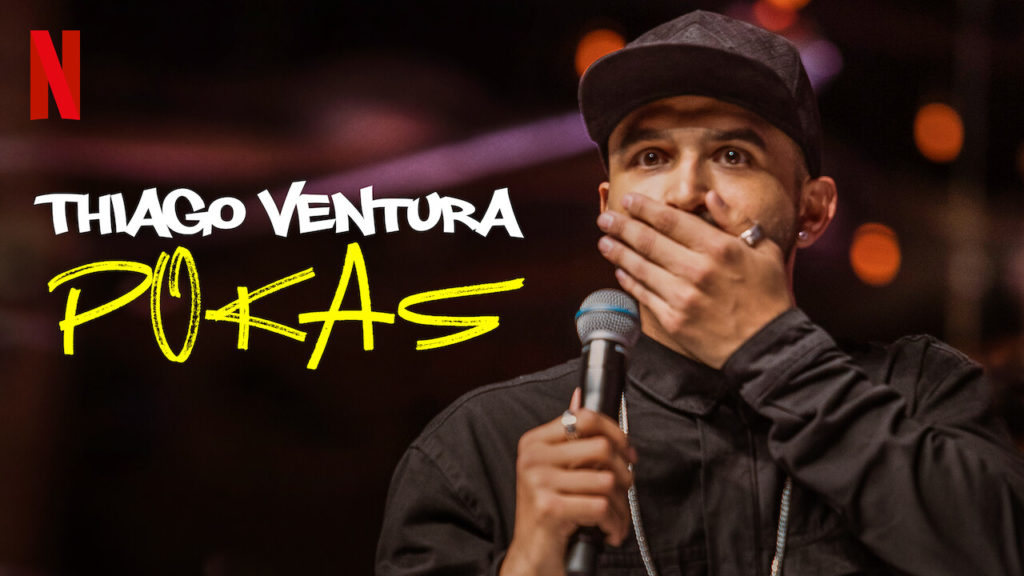 Now, Thiago Ventura: POKAS has its problematic bits. The Michael Jackson bit started off funny, with Ventura wanting to learn how to dance. However, it quickly moves on to him talking about paedophilia and joking about it. Sure, he also talked about how parents should educate their children about sex from a young age, and called out people who thought otherwise. But there was a bit at the fag end of this set where he talks about what would happen if he was violated by Jackson which I thought was in extremely bad taste, and it just made me feel icky. I don’t enjoy or condone paedophilia jokes, and just don’t find it funny.

Another part where he talks about his gay friend Nego Tchan is a bit disturbing. So, I can take gay jokes if they’re done well. That set bordered on sexual harassment territory, which is just not funny. And the comedian’s excessive use of the f-word when it comes to addressing gay people is just something I didn’t gel with much. 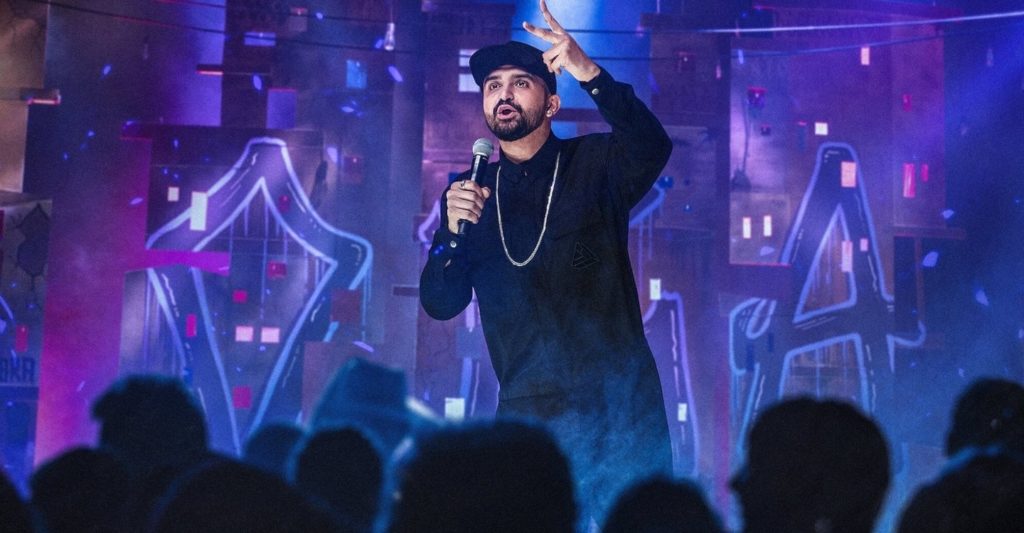 Thiago Ventura: POKAS is honestly quite funny. Ventura’s engaging and energetic performance is the star of the show and makes it an extremely fun watch. Although it has its moments where it made me uncomfortable, except those, it’s worth a watch. The jokes are well-timed out and don’t linger for too long (well, a majority of them, atleast). And there’s a Hogwarts joke in there as well that’s quite funny.

Towards the end of the show, he references a joke that he has probably mentioned in his previous shows, which I didn’t get. Also because there was no translation of the punchline either.

But it is heart-warming – especially the last bit. It will make you smile and give you feels. You will be able to relate to it, especially if you’re someone who comes from a less-privileged background. As Ventura says in the end, “In the absence of a reference, be the reference.”