Netflix’s Warrior Nun Review: A War To End All Wars

“Faith is based on power which cannot be proven. For without faith there is no manipulation.” – Adriel

Warrior Nun made its way to Netflix on 2 July. This American fantasy drama web series is created by Simon Barry, based on the 90s manga-style comic book series Warrior Nun Areala by Ben Dunn.

Starring Alba Baptista as Ava Silva, Thekla Reuten as Jillian Salvius, Lorena Andrea as Sister Lilith, Tristan Ulloa as Father Vincent and Kristina Tonteri-Young as Sister Beatrice, the series made quite a talk before its release for featuring badass Warrior Nun.

“I stare at her perfect normality until I wake up and realize I’ve still been the freak I’ve been my whole life. What I’ve learned since then is life has a fucked up way of making her dreams come true.” – Ava. 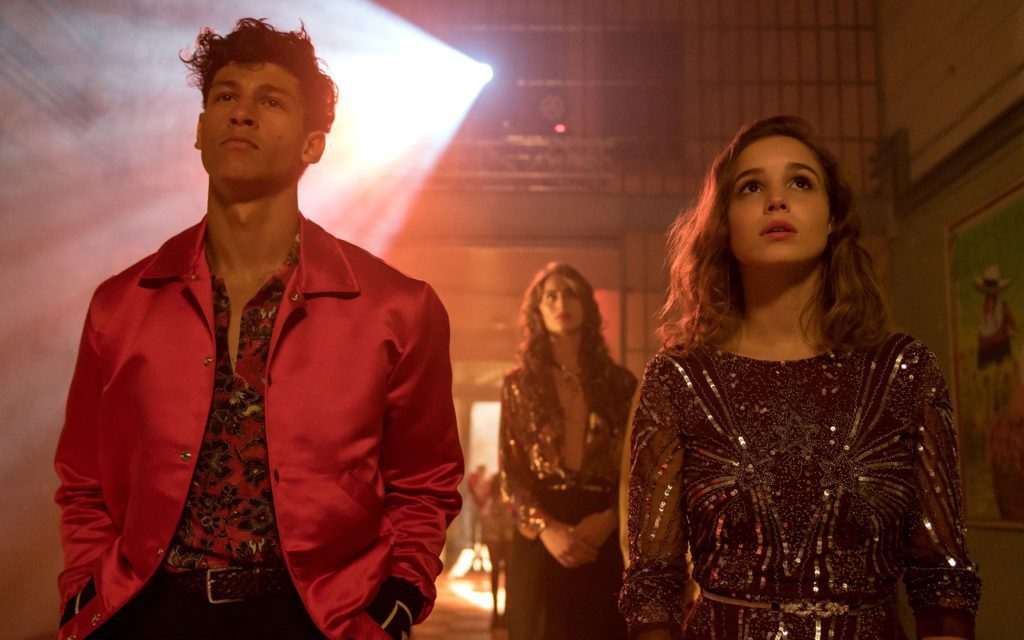 Imagine you were paralyzed and then suddenly you died but somehow you were back to life with an angel’s halo in your back and you have no idea about our superpower and suddenly you can walk. Strange right? This is exactly what happens with the Warrior Nun protagonist, Ava Silva. What’s even more strange is Ava’s death is a mystery! It isn’t revealed how she died until further episodes.

A large portion of the series features Ava’s voice-over like any teen-drama, where the thoughts seem to grow louder than reality. But is Ava, who has now got everything she ever wanted- basically to move, to walk – the Warrior nun? She’s the Chosen One, yes! the Chosen One. Harry Potter much? 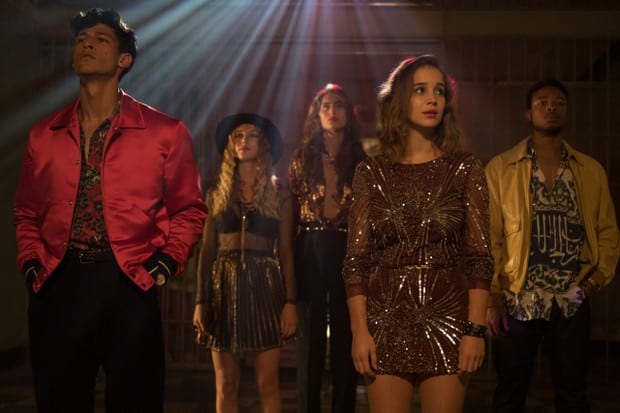 After Ava is alive and normal she meets JC, a random boy who saves her from drowning and he and his friends squat at the villas when owners are out; they consider themselves “opportunists”, taking things in a way that don’t harm others. Ava develops a liking for JC with no idea what destiny holds.

The Halo, The Demons, and The Church

“I am sorry, can we maybe jump to the part where any of this has anything to do with me?” – Ava. 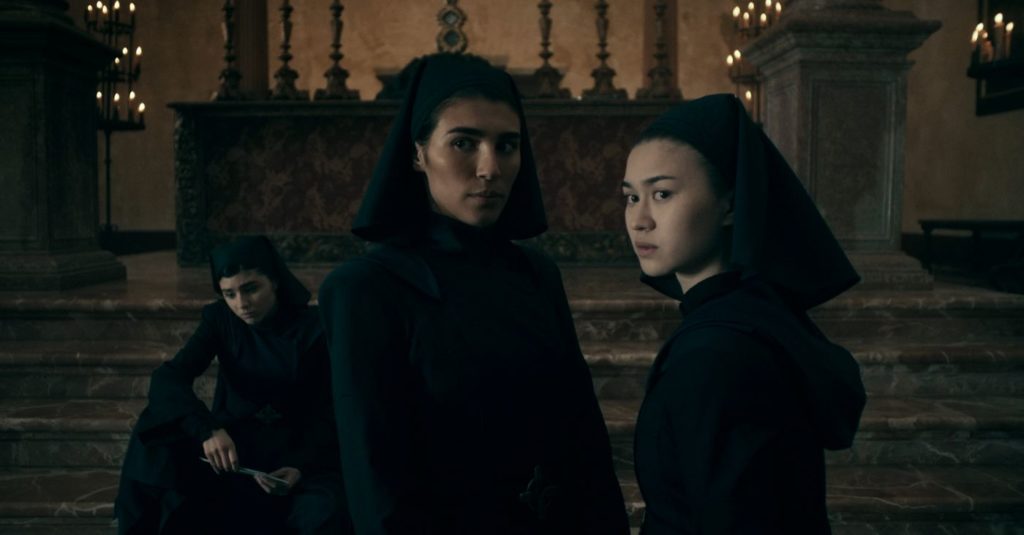 After a long, tiring search for Ava, when the Order of the Cruciform Sword catches up with her, they try to train her in martial arts and weaponry, helping her learn to control her superhuman abilities which does not really happen. But she’s reluctant to join (obviously!) a sisterhood in service of the institution that terrorized her, let alone operate as God’s champion. Not to forget she’s an atheist. While Father Vincent believes she’s the Chosen One, many people don’t, including Ava herself.

At some point, another character accuses her of narcissism, claiming she’s accustomed to the world revolving around her care. But the story keeps you weirdly hooked as Ava always manages to escape Church! Adding to the whole mess of Ava escaping is Demons on Earth looking for the halo willing to kill anyone who possess it. 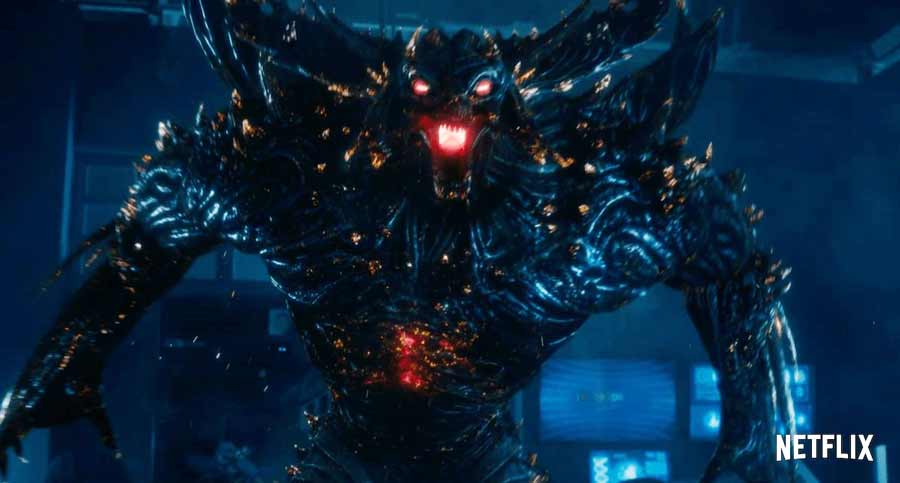 The progress of the story eventually gets slow as the nuns continue looking for Ava while she goes to a club with the young grifters she recently befriended, takes some pills, and follows the red mist which is demonic, yet again, and freaks out.

“If you want a stairway to heaven, you don’t call a priest. You call a carpenter.” 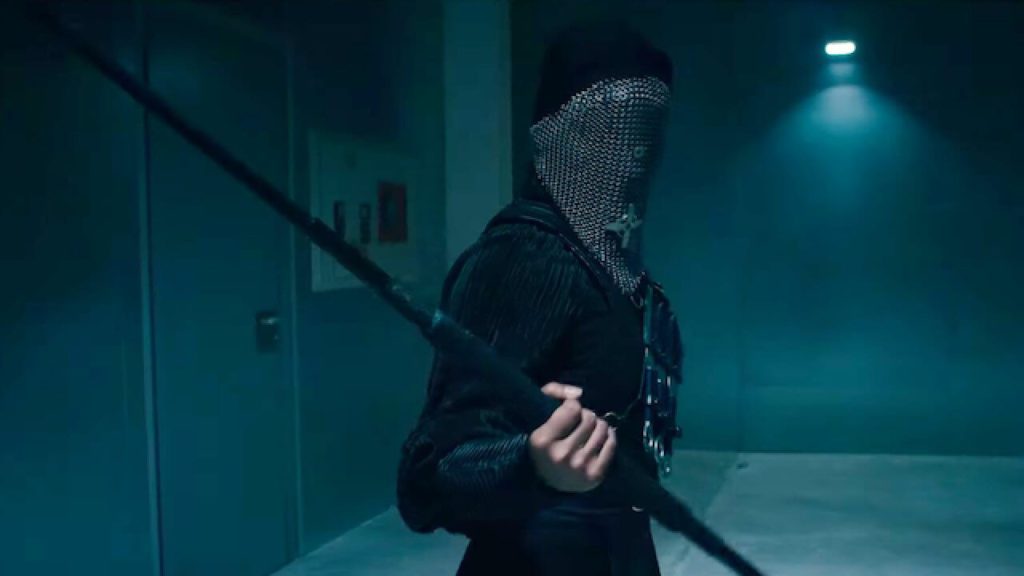 Honestly, I never expected nuns to be warriors or killers because they are holier than thou and no killing and everything but Warrior Nuns manages to bring in a different perspective on nuns, but at a slow pace! The storyline is high on the concept but definitely low on charisma.

A subplot involving a scientist, Jillian Salvius (Thekla Reuten), searching for a portal to the afterlife and lots of vague pan-European accents that indicate palatable “exoticism.” Basically, the church against science fight is fought yet again in the series with no answers to be given for the whole season. 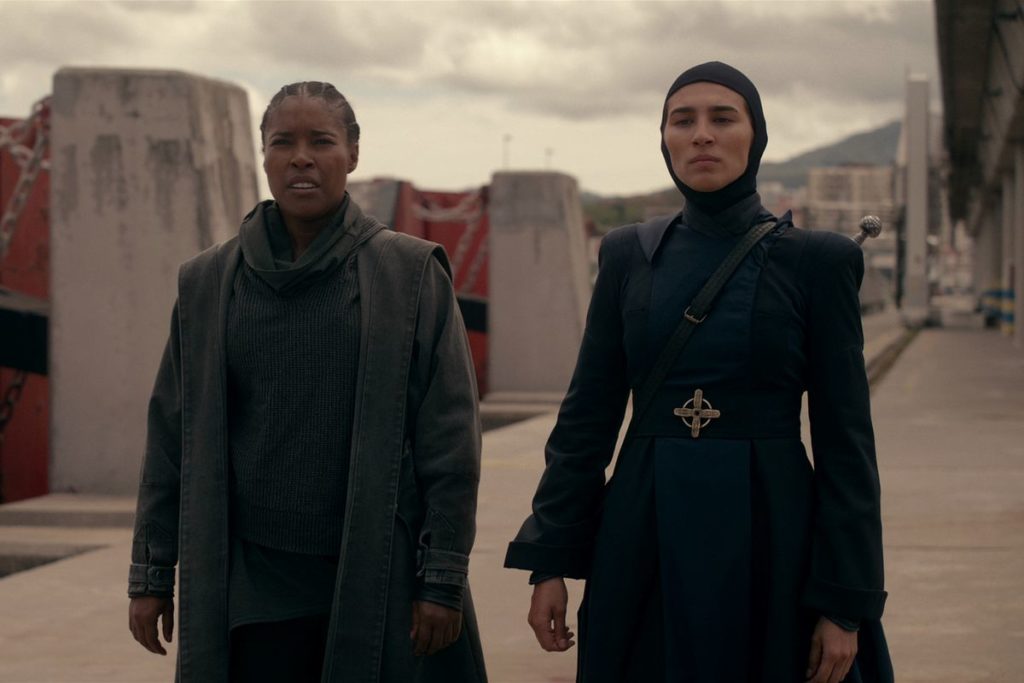 The show manages to bring some patriarchal issue in light – Ava and Jillian make barbed comments about the patriarchal power of the Catholic Church, and the particular unfairness of an order in which women fight and die at the command of men. But these arguments tend to be dropped almost as soon as they start which seems as if the makers are playing a bit on the safer side! 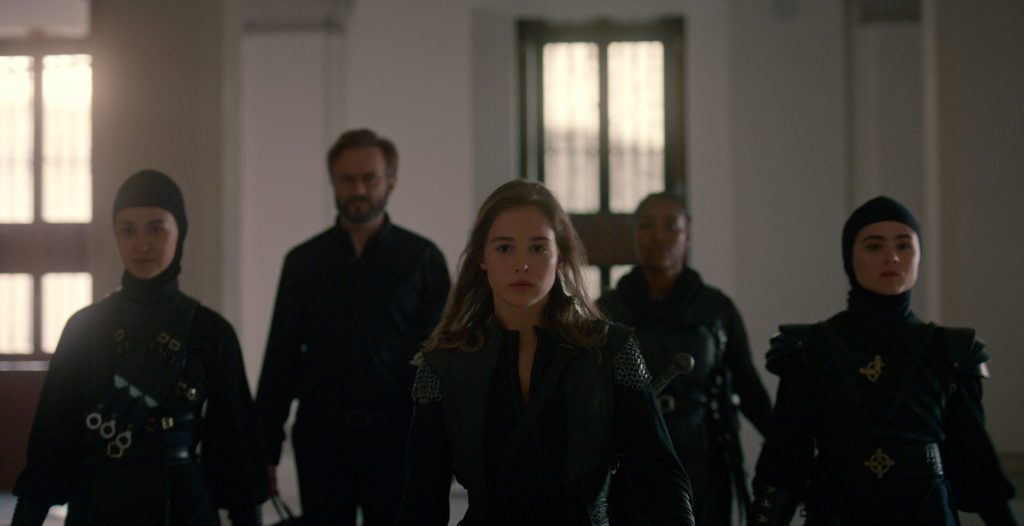 The Warrior Nuns and Father Vincent

The idea of the Vatican keeping incredible secrets has been famously done before in the Assassin’s Creed franchise and The Da Vinci Code. Warrior Nun somewhat fails to live up to it.

Warrior Nun is an entertaining show, for sure. The fights are rare but spectacular, featuring dynamic, silly scenes like a hyper-competent nun wearing a chainmail veil parrying gun blasts so the smoke forms a cross, or Ava battling a possessed man in a butcher shop by wielding a chicken and a rack of ribs as weapons. There’s humour and creativity in the combat choreography but it is a bit missed out on the slow paces aspect. The costumes are extremely stylish and the setting is gorgeous, especially the spectacularly ornate ancient churches that Ava and the other sisters visit.

STREAM IT. Warrior Nun has enough factors to keep you hooked for the entire season ending on a cliff hanger leaving you in the want to know the end.

Netflix’s Warrior Nun Review: A War To End All Wars