Viena and the Fantomes Review: Confusing Drama Trying to be Edgy

Viena and the Fantomes follows Viena, a beautiful roadie, who joins the edgy post-punk band the Fantomes to travel across North America. Right off the bat, we don’t know anything about Viena, or anyone in the Fantomes. I didn’t even catch most of their names sometimes. The movie is like a drug-induced haze, which is exactly what you feel throughout it. There are some weird things going on – parties, concerts and extreme amounts of smoking and drinking. It starts off with everyone high and happy, but soon descends into madness as Viena starts to go deeper into the band.

There’s a love-triangle with another nice roadie and a slightly unbalanced band member, with her in the middle. And let me tell you, that part’s scary. If the point of the movie was to imbibe tension showing how unsafe that environment is, well, I was tensed alright. There’s forced alcohol and drug consumption and an all-out scary situation for Viena. That is made scarier when you remember a rumour about how two of the members tried to drown a 16-year-old in a jacuzzi. Add that to the fact that they accosted a journalist in full view of onlookers, you know it’s no place for anyone.

I think what Viena and the Fantome does well is that it shows how abuse works in situations like these. I didn’t understand if there was any motivation behind why Viena hung out with the gang, or whether she was dumb – but she definitely ignored all of the red flags when it came of Freddy. Don’t ignore the red flags, kids. Especially when a guy tells you to take pills “for him” and tells you they feel like killing you “jokingly”.

Shell of a character 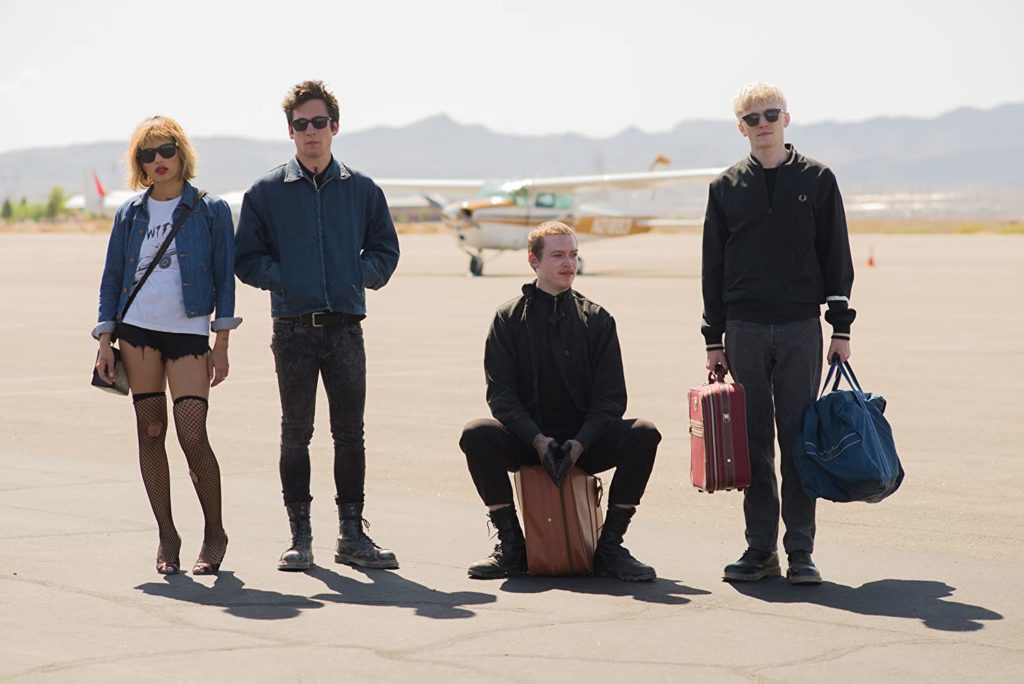 As I said earlier, none of these characters have any type of backstory. They are just thrown at our faces and we just have to make do with it. What this essentially does is that you don’t care about these people, and also that you don’t understand their motivation. Viena joining the crew abruptly and then sticking around and hauling stuff for the band, while also facing abuse at the hands of the people… I don’t know why she did that. Because I don’t know her. And, sure, I was scared for her, but I didn’t really care about her either.

Same goes for the others. The band members all act unbalanced but are pretty trivial. Is there any motivation there? Did something happen? Any backstory? We don’t know. They act like hotshots but, honestly, they are a failed experiment who take themselves too seriously.

Caleb Landry Jones is back in Viena and the Fantomes, and after Get Out, I mean. That man really scares me. He’s probably the most unhinged of the lot, especially because he’s not as pouty as Freddy. His mumbling demeanour and the extremely creepy way in which he speaks is enough to give me nightmares.

Summing up: Viena and the Fantomes 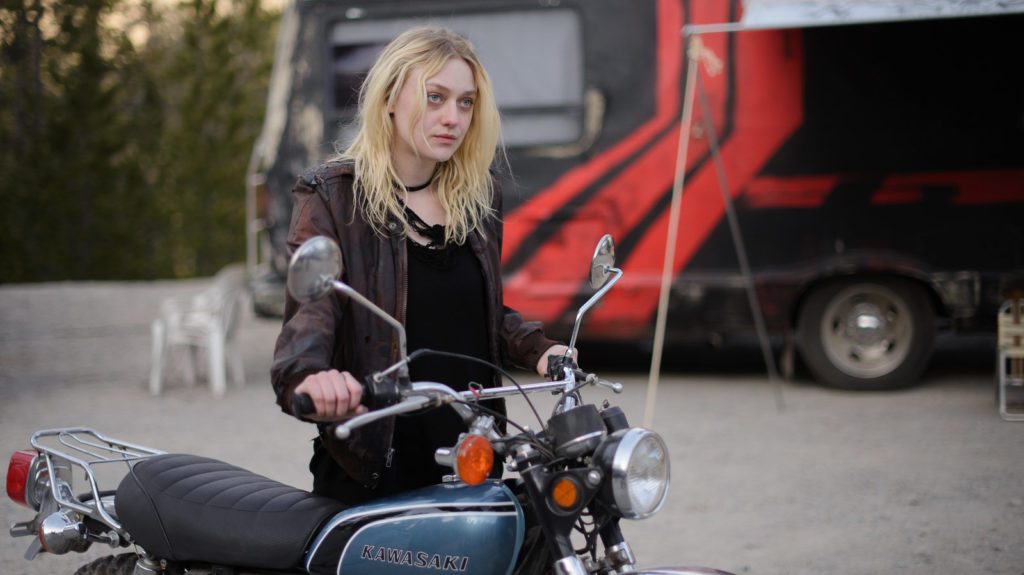 However, all this isn’t enough. The movie tries to be too smart with how it handles the story. I do appreciate the happy ending though. I am a sucker for those. And after the confusion that was the last few minutes, well, let’s just say thank god for that. But it does not give you exactly what you want from it and leaves you confused and scratching your head. And that’s not necessarily a good thing in the case of Viena and the Fantomes.

Viena and the Fantomes Review: Confusing Drama Trying to be Edgy