“What would you do if I died? asked Adu.
Carry on, said Alika.”

Growing up, I always believed that there is hope in humanity, that the sunny side is always up somewhere but time and again literature, films, and people have reminded me of how brutal mankind can be.

Adu, premiered on Netflix on June 30, 2020, and it made me feel some terrible things and see some harsh truths. Something that we all fail to see sometimes due to our privileges. Systemic bullying, oppression, and brutality, the fear and suffering of the poor, exploitation of animals, and whatnot.

All racial tensions and histories play out in the course of the two-hours of the film through three separate stories that are interlinked flawlessly.

The Death of a Migrant – Tatou 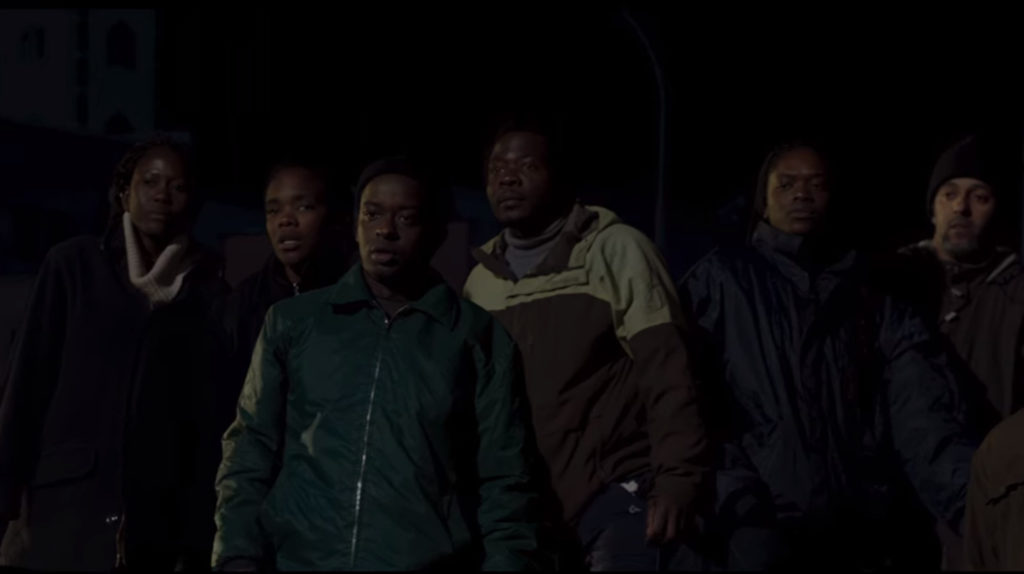 Migration from war-torn and poverty-stricken countries into Europe has been a point of argument and extensive fight in terms of nationalism, Border politics, and humanitarian ideals. The larger security often tends to miss out on forests. For the border police at Melilla, an autonomous city under Spain that shares a border with Morocco, anyone coming over the border fence is an “African”, regardless of which country they have travelled from in the continent.

Towards the end of the film, Miguel (Miquel Fernández), a civil guard who clubs a political refugee, Tatou (Emilio Buale), from Congo over the head for trying to climb over the fence, expresses this in some telling dialogue. While speaking to Mateo (Álvaro Cervantes), another guard who is feeling the twinge of guilt about his part in covering up the crime, he says the “Africans” need to ‘solve their own problems.’

It clearly indicates the refusal of imperialists to take responsibility for the legacy of colonialism and slavery and how it harmed the continent – draining its resources and leaving it weak for centuries to come.

The Brutal Killing of Kimba – The Elephant 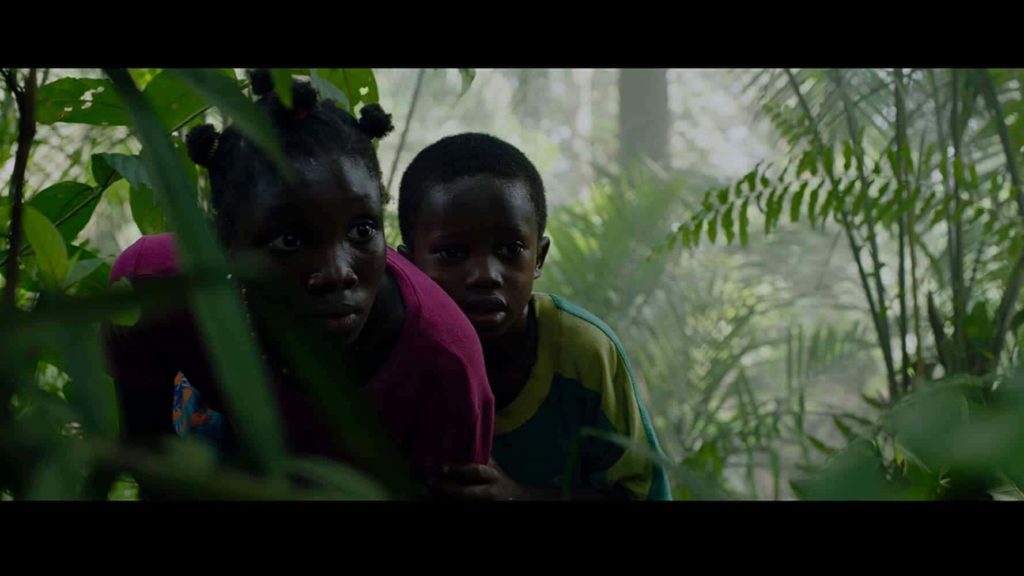 Brutality against animals for their skins and tusks is something that has been recurring over the years. The story is set in an African village where Adu (Moustapha Oumarou) and Alika (Zayiddiya Dissou), brother and sister, are on the way to their home when they hear the sound of gunshot and people brutality killing an elephant and cutting its tusk for a small amount of money. The killing of animals is symbolic of poverty, greed, and fearlessness amongst villagers. Adu and Alika witness the horrible site of this animal killing and now they’re liable to suffer for the rest of their lives (because they saw something they shouldn’t have to, forget animal killing is illegal!)

Gonzalo (Luis Tosar) is a well-meaning environmentalist working as an “external advisor” to an elephant forest reserve. But it seems as if he only cares about the elephants, and he is dismissive of the villagers who live around the reserve park and the rangers themselves (who are localities), instead of seeking their cooperation to corner the poachers he unintentionally turns the villagers against him and is gradually thrown out of the village by the authorities.

Eventually, when the poachers realize that the kids who saw the horrific sight and are a potential threat to their dirty little secret, they decide to kill Adu and his family but fail to do so while Adu escapes with Alika leaving their mother behind forever (she probably lost her life in the fight.) 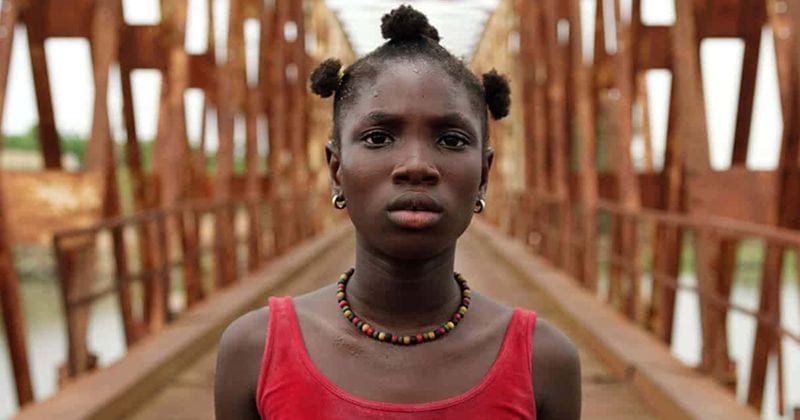 While trying to escape Africa to go to Spain initially, but then Paris (which they never reach), Adu and Alika make their way to their aunt in the city who secures passage for them with a trafficker so that they can join their father in Spain. The trafficker callously tells them to board the cargo hold of a waiting aeroplane, giving them some warm clothing to stave off the freezing cold. Alika, in a bid to protect Adu, piles on the warm clothes on him, keeping the bare minimum for herself.

The most heart-wrenching scene of the film is now when Alika’s frozen dead body rolls off the plane as it descends and Adu screams in desperation. Adu lost her wall against the heartless world, her beloved sister, forever. The scene will send shivers down your spine.

Adu and Massar – An Unexpected Bond 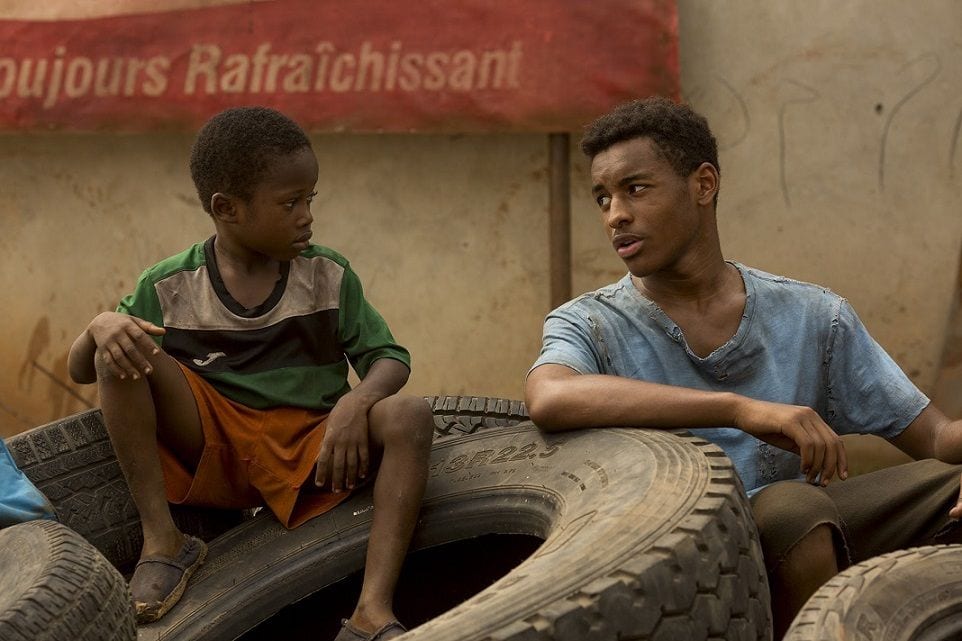 After Alika’s painful demise, the plane lands in Senegal where Adu is taken in as an illegal (sad how nobody cared that he’s just a child). While being held, he makes friends with Massar (Adam Nourou), a boy escaping rape in his own country. They escape the police and journey to the Morroco border. Massar feeds himself and Adu by offering himself up to truck drivers for money. And what can be worse than selling one’s own body to stay alive?

Massar ends up contracting AIDS and refuses any sort of treatment because he wanted to stay with his brother-like little Adu and protect him as the heartless world was once all set to devour him by luring him with a bar of chocolate. 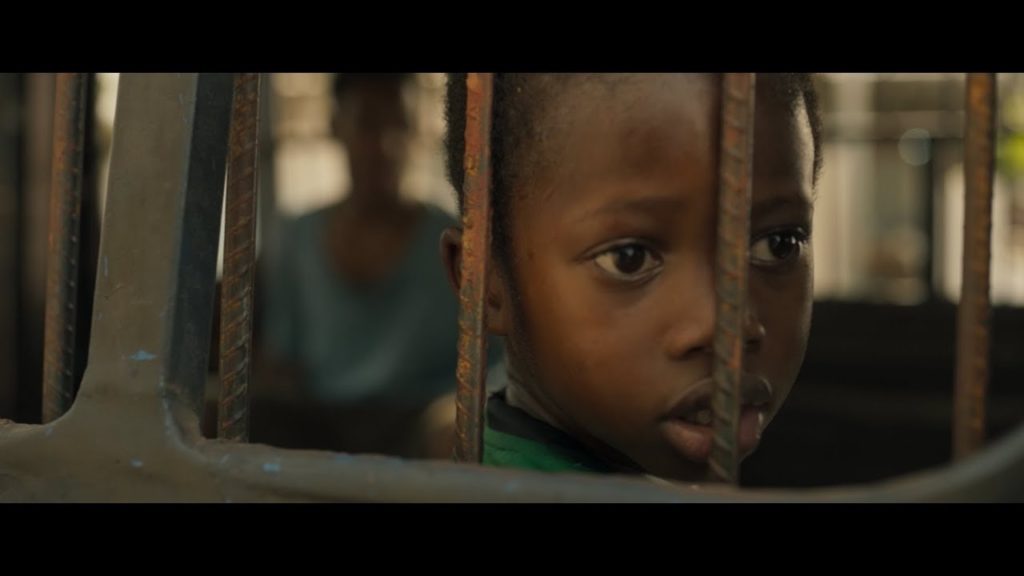 Other than Adu and Alika, Adu and Massar share the most beautiful relationship in the film. Something deep and heartful, not set by society or blood. Just human and pure. 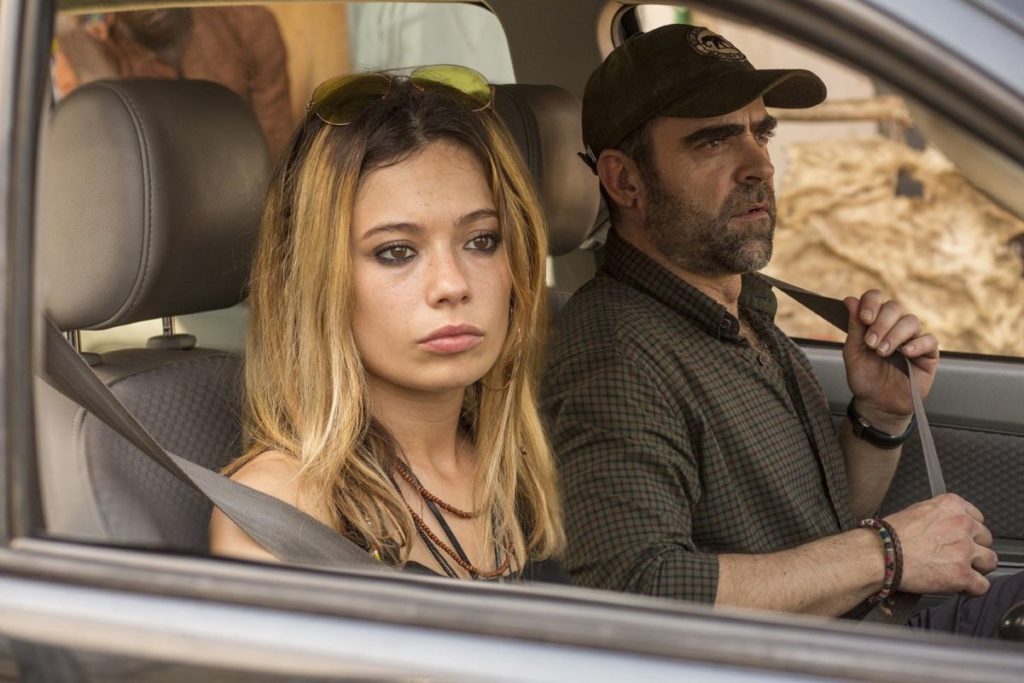 Gonzalo makes a big show about “paying the salaries of the rangers”, which in his mind, entitles him to run things but ends up costing him his job there. But at the same time, he is also shown to be a concerned parent to his wayward daughter, Sandra (Anna Castillo), who is into drugs, partying and sleeping around, while she comes to visit him in Cameroon from Spain.

Sandra has a troubled past with his father and no matter what he tries, she always feels the pain of not having him around while she needed but, towards the end, realizes how much he loves her, and their relationship seems to have reached a high and better pedestal.

I might not be the best father, but i’ll always try. 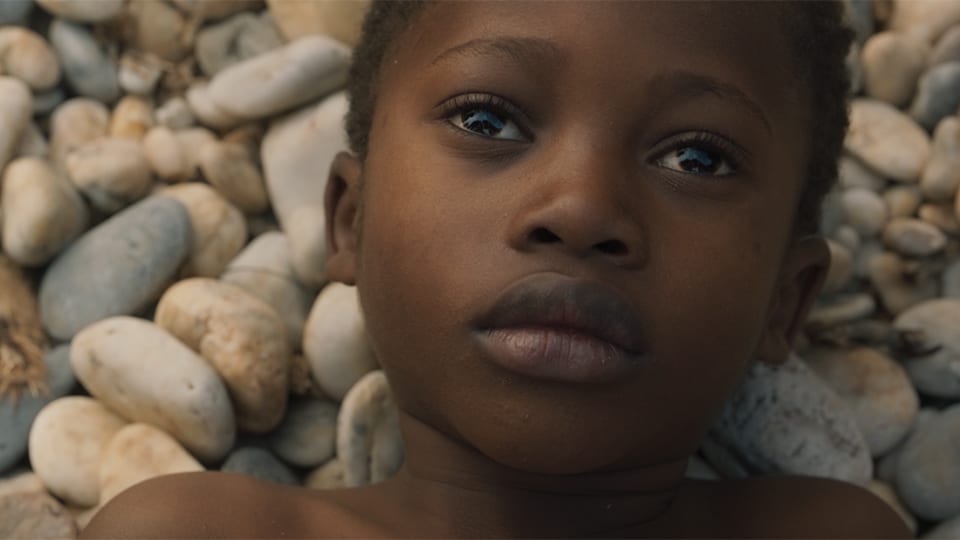 STREAM IT. Adu is one of the best films Netflix could possible add in their list.

The film ends on an ambiguous note. Massar is detained on the border and Adu is sent into Melilla as a child refugee. Sandra is almost caught for smuggling drugs but ends up getting saved because of his father. Both Sandra and Masar are seen exchanging a glance towards the end as if the racial differences do not change the uncertainties and pain in their eyes.

Adu blinks uncertainly into the sun as he looks at the refugees on the other side of the border which he has crossed losing both Alika and Massar with the utmost grief.

Adu is now streaming on Netflix.